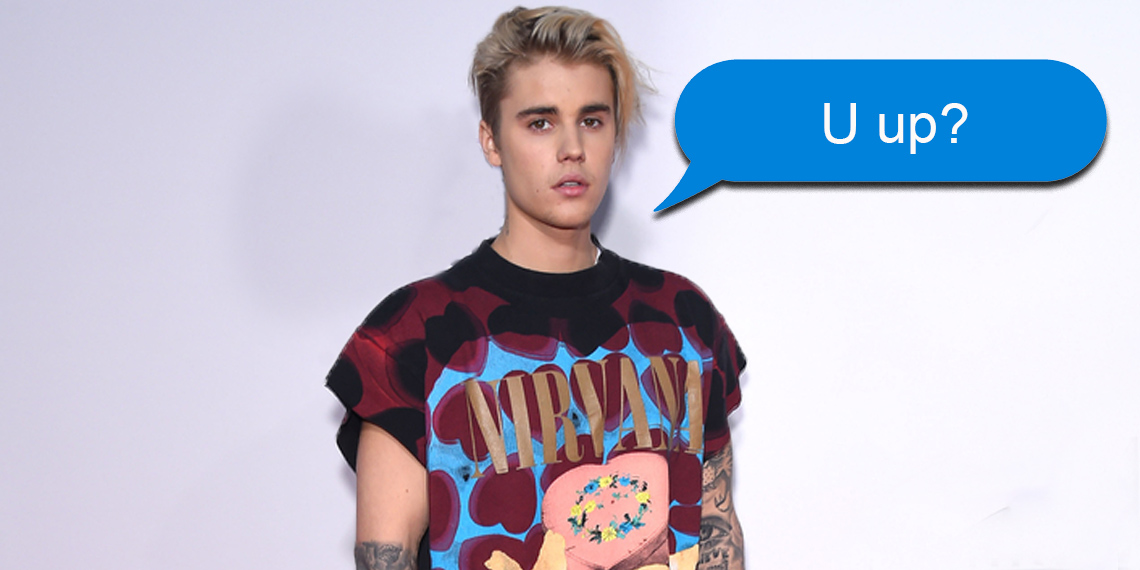 Is Justin Bieber Still A Fuckboy? An Investigation

Today is Justin Bieber’s birthday, and birthdays are a perfect time for reflection. Justin is 24 now, but has he really grown up at all? It’s a perfect time to look back on the past year in Justin’s life, and ask the all-important question: is Justin Bieber a fuckboy? Obviously he was in the past, but does time really heal all wounds? Let’s see.

Justin didn’t put out new music of his own in the last year, but he was featured in a few big songs, most notably “Despacito.” Justin sings in Spanish on the song, but we were unsurprised to learn that he didn’t really know the words at all. Lots of people took offense at Justin supposedly mocking Hispanic culture, which is definitely something a fuckboy would do. We’re just getting started, and already it’s not looking good for Justin.

Last summer was a weird one for Justin Bieber. He was still on his Purpose World Tour, but he announced in July that he was canceling the rest of the tour dates due to mysterious “unforeseen circumstances.” His manager posted on Instagram saying that the dates were canceled to protect Justin’s “soul and well-being” and John Mayer also came to his defense. As much as it sucks for the fans, mental health is incredibly important, and we don’t know all the details of what Justin was going through. Unfortunate, but not a fuckboy move.

Soon after canceling the tour, Justin found comfort in the form of the Lord Jesus Christ. Lol same. He started spending a lot of time with his creepy hipster Pastor Carl Lentz, and he also got a cross tattoo on his fucking face. There were even rumors that Justin and Pastor Carl were ~romantically involved~ but I guess it just wasn’t what the Lord intended. So is Justin a fuckboy for Christ? Through God, all things are possible.

All of this other stuff is great, but clearly the most important thing that happened to Justin Bieber this year was his much-publicized reunion with Selena Gomez. Selena dumped The Weeknd sometime back in October, and within days had apparently rekindled her flame with Justin. They started going to church together (so pure!), which was just what they needed to go back to the way things were.

Fuckboy Points: 0 (Getting back with your ex while she’s on the rebound is undoubtedly a fuckboy move, but Church seems (dare I say) wholesome, so they cancel each other out.

But Selena’s mom wasn’t having it. Mama Mandy didn’t invite Justin to the Gomez family Christmas in Texas, and she was reportedly even hospitalized over the stress of her daughter getting back with him. While all of this is evidence that Selena’s mom is a huge fucking drama queen, does it mean that Justin is also a fuckboy? Yes. Yes it does.

So, is Justin Bieber a fuckboy? For those of you with basic arithmetic skills, you’ll notice our final fuckboy points count is at two, which is more than zero, which points to fuckboy status. I have nothing personal against Justin (slide into my DMs anytime), but if your girlfriend’s mom is so scarred from the relationship that she’s going to the hospital, you probably did something wrong. In the past five years, Justin has given us plenty of evidence that he’s a major fuckboy, and people don’t change overnight. He may have a beautiful, tatted body and the voice of an angel, but don’t be fooled. Justin Bieber is still a fuckboy, sorry ’bout it.