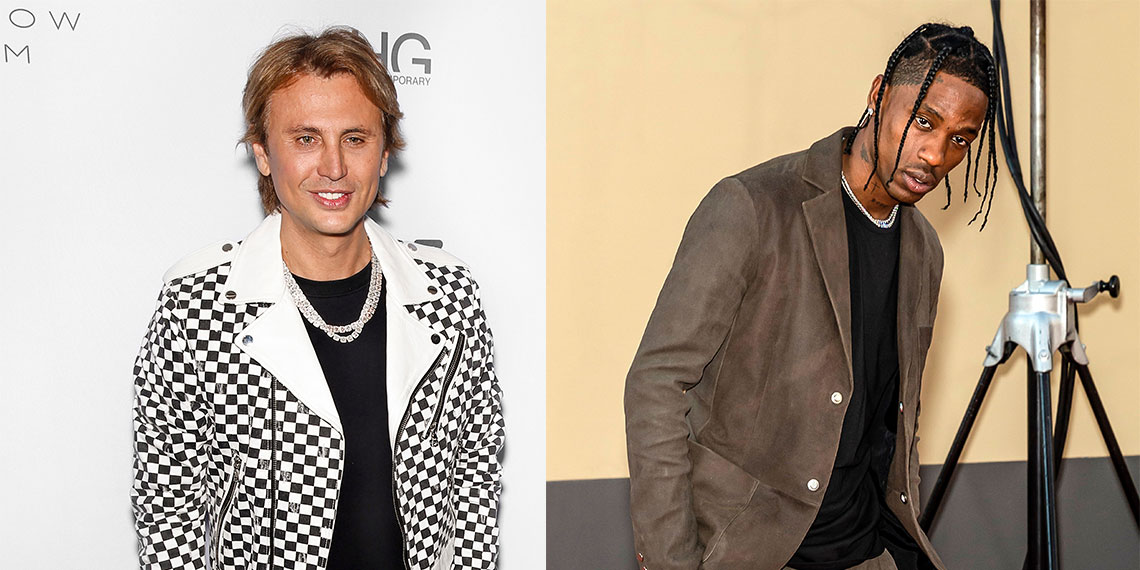 Ah, what a tangled web we weave, when we get involved with the Kardashian family. These people have so many often-forgotten connections to other famous people that it’s nearly impossible to keep track of them all. Like, remember that Blac Chyna and Tyga have a baby together? I honestly forgot about that until last week when one of my coworkers brought it up. And sometimes I can’t help but wonder if all the Kardashian friends and exes are cool with each other, or if they don’t acknowledge each other in public. That’s what I was wondering last night around 6pm when I saw Jonathan Cheban walk into Aloft Hotel LaGuardia and get his pass for Rolling Loud New York. Because guess who was headlining Rolling Loud last night at Citi Field? None other than Travis Scott. So I had to do some digging to find out if Jonathan Cheban, Kim’s best friend, was hanging out with Travis Scott, Kylie’s baby daddy and ex (for now)—and what that could mean for Kylie and Travis’s relationship.

If you look at Jonathan’s Instagram stories, you can clearly see he was at Rolling Loud, taking place October 12 and 13 at Citi Field in Queens. I didn’t just see some other guy with a similar face check in (which, with the way people in LA get fillers these days, could have been a real possibility). He posted an Insta story with his wristbands, and another one at the festival.

So he was definitely there. But does Travis have anything to do with it?

Jonathan Insta storied a concert video (ya hate to see it) where it looks like he’s backstage.

The main stage at Rolling Loud had a raised platform off to the left side where presumably artists’ entourage, photographers, and VIP friends could hang out. This looks to me like where this picture could have been taken. We don’t know whose set it was at, but it got dark at 7pm last night (sunset was at 6:20pm last night) and Travis Scott’s set, which was the last of the night, began at 9pm. Also, all the concert Insta Stories were taken within the same hour, and 15 hours ago (at the time I write this) was 10pm. I saw this and started to get giddy that Jonathan Cheban had gotten his artist passes through Travis Scott, and that they were still cool which meant maybe he and Kylie were getting back together and maybe Kylie was there?! Okay, Kylie probably was not there. But still.

But if you click through the next slide, you see Jonathan Insta Story from Travis’s set, and he’s definitely elevated on some kind of platform and not in the mix with gen pop. The only problem? He’s looking head-on at the main stage, which he couldn’t do if he was in that elevated area off to the side I just described. Ughhhh. He could have been in the Sky Loft, which was a super VIP area that cost like $2,000 a head that had an elevated seating area (and bottle service—smh so extra).

So what does this mean? Was Food God a guest of Travis’s? Or did he just happen to be at the festival Travis was headlining? Jonathan Cheban has so many connections that I doubt he has to use Travis to get into a festival, and he tagged one of the creators of Rolling Loud in all his stories, so maybe he knows him? Then again, given that he’s Kim’s best friend, I’m sure he and Travis have like… hung out a few times. I truthfully don’t know, and I regret that all my Instagram stalking could not produce a definite conclusion. But all this is especially interesting considering as recently as Thursday, E! News was reporting that Kylie and Travis were already talking about getting back together.

A source told E! News, “They both know it’s inevitable, they just needed some breathing room to work out a few of their issues. They want to make it work and have both expressed they miss each other and are still in love with one another.” Since E! is the network on which Keeping Up With The Kardashians airs, anything they report about the Kardashians can pretty much be assumed to come from their camp and can be taken as true.

So while my conspiracy theory may or may not ever be proven, it does seem like it’s only a matter of time before Kylie and Travis end back up together. Whether Jonathan Cheban has anything to do with this remains to be seen, but if you ask me, I think I cracked this case wide open.