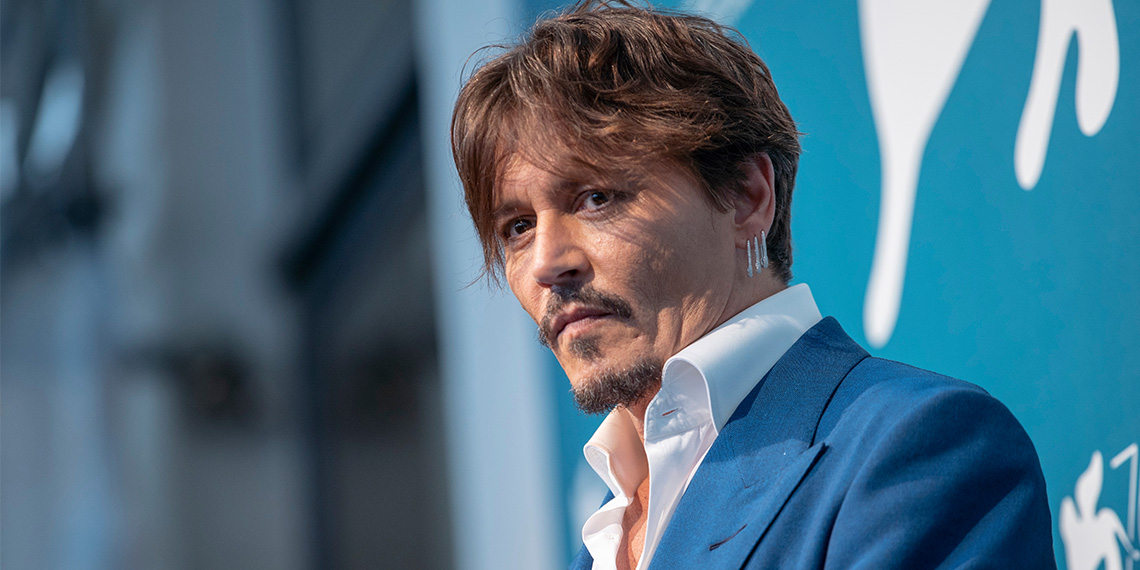 Johnny Depp & Amber Heard Are Back In Court, & The Details Are Wild

Celebrity divorces and breakups happen all the time, and usually, things are pretty straightforward. There might be some disputes about money or custody, or even a cheating scandal, but really, we usually don’t hear too many messy details. But some divorces are beyond messy, and the fallout from Johnny Depp and Amber Heard’s relationship is honestly unbelievable at this point. Depp and Heard had been married for just 14 months when, in May 2016, Heard filed for divorce and obtained a restraining order against Depp, alleging that he was physically and verbally abusive. This set off a mind-numbing chain reaction of conflicting accusations and legal actions, with too many twists and turns to even attempt to recap.

But this week, more than four years after Heard’s initial divorce filing, the couple is once again facing off, this time in a London court. That’s right, this is STILL happening—not even a global pandemic can get these two to bury the hatchet. In the latest round of drama, Johnny Depp is suing The Sun, a British newspaper, for calling him a “wife beater” in 2018. Depp claims that this description, based on Heard’s accusations, is false and libelous.

Due to social distancing protocols, the trial is taking up five different courtrooms at once, which really just begs the question—could we not do this via Zoom? Five courtrooms feels a bit dramatic, but then again, everything about this case is dramatic. Over the last few days, Johnny Depp has taken the stand to testify, speaking about a wide range of events that occurred during his marriage and before, and sharing some details that are beyond strange.

He began his testimony on Tuesday with prepared statement, in which he denied Heard’s claims that he “had been this horrible monster,” and in fact said, “I am now convinced that she came into my life to take from me anything worth taking and then destroy what remained of it.” Dark. Depp called the notion that he would hit a woman “inconceivable,” citing his Southern upbringing and his deep respect for women.

When asked about his notorious drug usage, Depp acknowledged that by age 14, he had tried “every drug known to man”, and that he has long used drugs to “numb the pain,” but he denied having a “nasty, angry side.” The drugs came up again when talking about one specific alleged incident that happened at Heard’s LA apartment in 2013. A photo from the morning after a “nasty fight” shows a table covered with whiskey and a “crossbones-decorated pill box marked ‘property of JD.'” Johnny Depp admitted the box “probably” contained cocaine (cute that he keeps his drugs in a pirate chest), and that on the morning in question, he was “definitely partaking of the cocaine and whiskey.” Heard’s sister Whitney came to the apartment that morning, and she says the place was a disaster, and that Heard “was very red and had obviously been crying.” Depp, on the other hand, says he doesn’t “recall the level of destruction Whitney describes.”

The defendant in this trial, The Sun has questioned Depp about a multitude of incredibly specific events, nearly all of which Johnny Depp has denied outright. The Sun attorney Sasha Wass asked Depp about one alleged incident, when Amber Heard said she laughed at one of his tattoos—it originally said “Winona Forever,” but after his breakup with Winona Ryder, he had it altered to just say “Wino Forever” (relatable). Wass alleges that Heard’s laughter at the tattoo was met with “disappointment” and “anger” from Depp, and in response, he “slapped her more than once, because after you slapped her the first time, she didn’t react, she just eyeballed you, she just stared at you, and that made you more angry, and you slapped her again.”

Depp called this description of events “patently untrue,” and said he does not “recall any argument about any of my tattoos.” He also denied a claim that during another argument, he “dangled Heard’s teacup Yorkshire terrier, Pistol, out of a moving car”, saying, “That is not my idea of fun, although my sense of humor is rather skewed.”

One particular incident that’s been a hot topic of contention between Depp and Heard allegedly occurred at their Australian villa in March of 2015. Depp ended up on a stretcher with a partially severed fingertip, but their accounts of how this happened couldn’t be more different. According to a written statement from Johnny Depp, “Amber severed my finger with the second of two thrown vodka bottles at me,” and in the same incident, he claims she stubbed out a lit cigarette on his cheek.

Amber’s version of events is completely different. In a previous statement to The Post, she said that Depp “mutilated himself in a booze- and drug-fueled jealous rage when he smashed a telephone against a wall and a piece of plastic from the phone severed his digit.” After that, Heard’s camp alleges that Depp “used his finger stump to scrawl accusations of infidelity by Heard in blood and blue paint on the walls and a mirror at their villa.” Yes, they are literally saying Johnny Depp used his bloody finger like a marker to write “STARRING BILLY BOB EASY AMBER” on the wall (that’s Billy Bob Thornton, whom Amber Heard has denied cheating on Depp with). These two stories are so wildly different, but somehow, we still have no idea which version is more accurate.

The accusations of Amber Heard’s infidelity are a recurring theme in the trial, and another incident involved Depp accusing her of sleeping with her costar James Franco. According to Wass, Heard alleges that Depp called her a “slut and a whore”, in addition to kicking and slapping her, because he thought she was having an affair with Franco. In court, Depp admitted he was “uncomfortable” with her being around Franco, and though he denied the allegation of being physically abusive, he conceded that he may have called Heard “a go-getter slut and a whore.”

One important moment in the trial so far came when Depp was shown a text message to actor Paul Bettany, in which he said that he had gone into a “blackout, screaming obscenities and insulting any (person) who got near.” After looking at the text, Depp admitted that “I may have done things that I have no memory of.” Still, he maintained that he is “certainly not a violent person—especially with women.”

While the focus of this current trial is on Johnny Depp’s behavior, it’s important to remember that overall this isn’t a one-sided situation—these two have spent the last four years leveling accusations at one another, and at this point it’s impossible to know what’s even true. Last year, Depp sued Heard for $50 million, accusing her of defaming him in a Washington Post op-ed about their relationship, and he has also claimed that Heard was physically abusive toward him. Basically, I’m glad I’m not the judge making decisions about this case, because who even knows what to think?