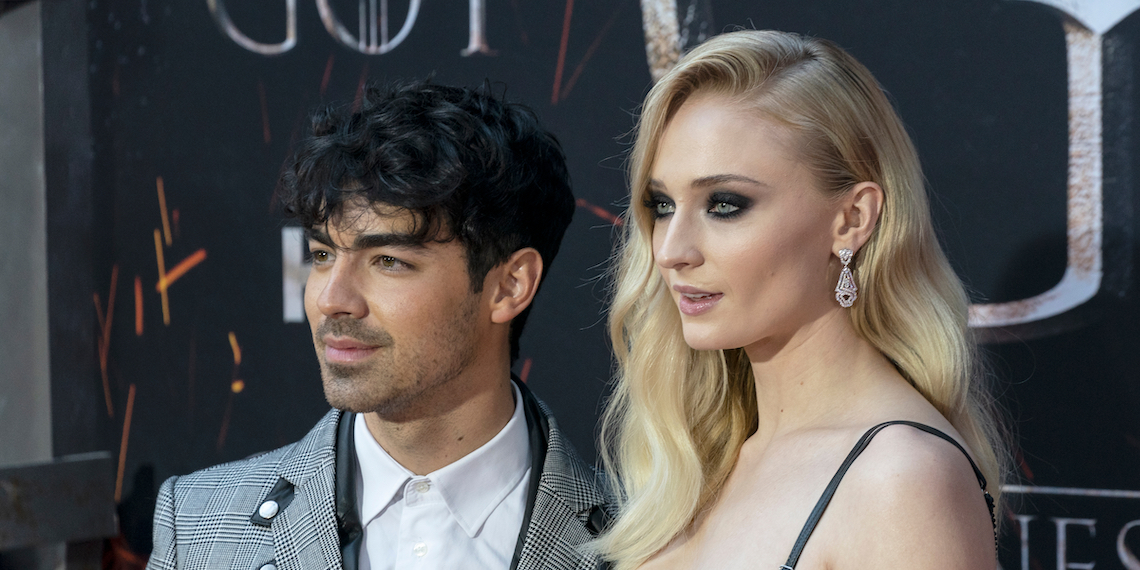 There might be a new baby Jonas on the way, because sources are saying Sophie Turner is pregnant with her first child. The news was first reported by JustJared this morning, with one source telling them that “The couple is keeping things very hush hush but their friends and family are super excited for them.” When I first saw that quote, I was a little suspicious. If things were really so “hush hush,” what asshole would go running to JustJared? I mean, there are probably many assholes who would do that, but still, I wasn’t sure I believed the report.

But now E! News is saying they have confirmation from “multiple sources” as well, and it seems like this is probably the real deal. There’s a subtle hierarchy of which tabloids can be trusted over others, and E! tends to be pretty high on that list. Until TMZ leaks Sophie’s ultrasound pictures (or like, Joe and Sophie make an actual announcement), this is pretty much the best confirmation we’ll get.

Happiness begins with you, bub 🌹

While I’m super excited for all the hilarious baby content Sophie Turner will no doubt create, I’ve got to say, I wasn’t expecting her to be the next Jonas wife to have a baby. I would have put my money on Nick and Priyanka getting pregnant next, or maybe more likely, Kevin and Danielle having another kid (or five). I still feel confident that Danielle Jonas will end up with 5-7 children, but today, it’s Sophie’s turn. Sadly, it looks like we’ll have to wait nine months for another viral video of her chugging wine at a sporting event.

On top of the pregnancy, Joe and Sophie both have their hands full these days, as they’re both working on shows for the soon-to-launch Quibi streaming service. If you’re keeping track, that’s the same service that Tyler Cameron’s new show Barkitecture will be on, so yeah, you might have to subscribe. On top of that, Joe and his brothers are doing a mini-residency in Las Vegas this spring, so it’s definitely a busy time for the Turner-Jonases.

While Sophie and Joe have yet to say anything about the news, I’m sure they’re hard at work on an announcement that’s appropriately extra and hilarious. I would love a full Game of Thrones parody announcement, but I could also see Sophie just randomly dropping the news in an Instagram story that ends with “and that’s the tea.” Ugh, her mind. Whatever she decides to do, I already love it.