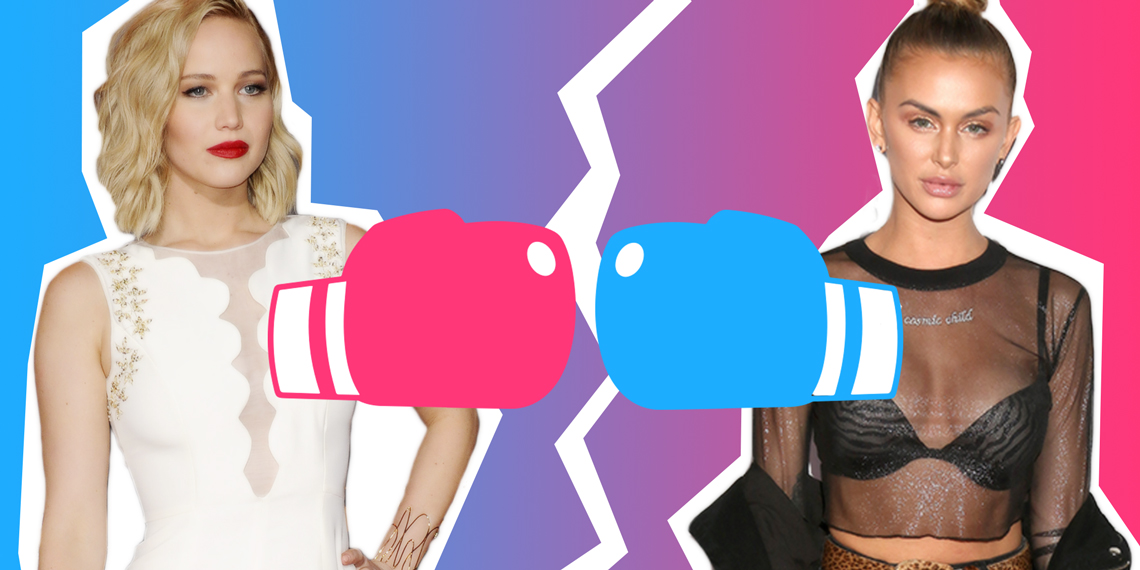 Jennifer Lawrence And Lala Kent Are Feuding, And It’s Dramatic

It’s International Women’s Day, which means it’s the perfect time for celebrating great women, fighting the patriarchy, and calling each other cunts on national TV. This week, Jennifer Lawrence and Lala Kent are feuding, and it’s one of the best new celebrity feuds in a while. I honestly never thought I would be talking about these two in the same sentence, but anything can happen in the messy dumpster fire that is 2018.

It all started when J-Law appeared on Watch What Happens Live and talked shit with Andy Cohen about everything from the Real Housewives to the Kardashians. In case you weren’t aware, Jen is a huge fan of reality TV, and she especially loves all things Bravo. So basically I’m Jennifer Lawrence. As the discussion shifted into Vanderpump Rules territory (was this interview specifically planned for me?), Andy asked Jen about her thoughts on our fave feminist reality star Lala Kent. Jennifer criticized Lala for her apparent personality shifts over the past couple seasons, doing a pretty spot-on impression of Lala in the process.

Okay, yes. None of this is false. But then Jennifer just had to cross the line, saying “bitch, you’s a cunt.” Oops. Much like my addiction to literally every Bravo show, that shit escalated quickly. Jennifer probably thinks it makes her look cool and edgy to drop the c-word, but it’s really just unnecessary in this context.

Andy seemed unfazed by Jen’s choice of words, which makes sense because Andy Cohen is here for the drama and nothing else. Lala, however, wasn’t so cool with being called a cunt. Imagine that! She tweeted her reaction, before later deleting the tweets because we can’t have nice things:

“Did Jennifer Lawrence really call me a ‘c*nt’ on @bravowwhl? Annnnnd talk about my mama? Bitch, you better pray I don’t see you in the streets. You’re one of the highest paid actresses on the planet … you claim you are pro-women and you call another woman a cunt? You’re gross.”

…in “the streets” of Hollywood. K.

Following the epic tweet-and-delete, Lala went on the SiriusXM show Reality Checked to discuss her, um, feelings toward Jennifer. She said that she used to be a big fan of hers, and just expected a little more out of such an acclaimed actress. She also came up with a sick burn which she probably only spent like two hours coming up with: “Congratulations on two bombed movies in a row.” Hear that sound? It’s Jennifer Lawrence’s Oscar shattering into a million pieces. RIP to her career, seriously Lala ended that shit.

And because Lala is a good reality TV star, she made sure to own her own drama just a little bit: “You know, let’s leave the trash to people like me who do reality TV. Don’t try to steal my thunder, girlfriend!” Say what you want about Lala, but at least she’s sort of self-aware.

And to Jennifer Lawrence, we love you, but come on. Your whole thing of being a chill girl who says whatever you’re thinking is fun sometimes, but you should really know better than to call someone you don’t even know a cunt on TV. Also, you’re literally an Academy Award winner, you don’t need to act like you’re on the same level as Lala. Can’t we all just get watch Bravo and get along?