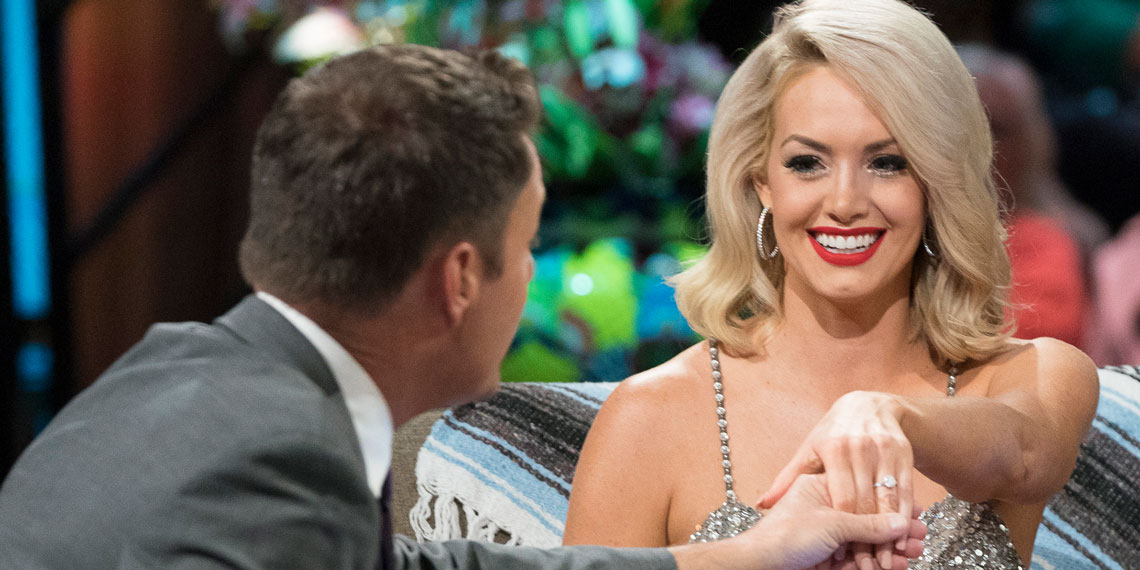 Jenna Cooper Claims To Have Posted ‘Proof’ Those Texts Are Fake

Well, fam, just when we thought the Jordan/Jenna drama from Bachelor in Paradise was over, Jenna went and dropped another bombshell last night on her Instagram. And  by “bombshell” I mean some photos that look like they were captured on the screen of a Windows 98 computer coupled with the ramblings of a madwoman. God bless these flaming piles of garbage masquerading as human beings and the emotional turmoil they wreck upon themselves. We all have to do our part!

Just to catch those of you up who haven’t been following this sh*t storm of a relationship, things went south for Jenna and Jordan—who were obviously in love and definitely not only together for the likes and followers—like, milliseconds after they got engaged on the finale of BiP when Reality Steve went public with screenshots of texts that all but confirmed Jenna was cheating on Jordan and their entire relationship was fabricated by the people at ABC. Shocker. Jenna has denied the rumors ever since and even hired a lawyer to clear her name. Lol why do I feel like this “lawyer” is about as capable as my sorority sister’s older sibling who claimed she went to law school but couldn’t even break her sister out of Carolina Cup jail?

But back to the bomb Jenna dropped on IG. Last night she posted a photo sequence in which the first photo shows her phone hooked up to…. something? It’s unclear. All I see are random cords everywhere. It kind of looks like a portable charger. So far all this is proving is that she does, indeed, have a phone.

Moving onto the second photo, which appears to be a grainy shot of the first computer ever invented. Seriously, wtf am I looking at? I’m half expecting Reader Rabbit to start uploading any minute. The screen shows that there was some sort of extraction of data that was 100 percent complete, but, like, the only thing that seems 100 percent complete rn is Jenna’s psychotic break. Here’s the entire post:

The results from the forensic analysis are in, and I feel compelled to share them with Jordan before anyone else. Despite what some people have said, I have denied all of these false allegations from the beginning, and I am reiterating that I never cheated on Jordan, there is no “sugar daddy,” I was not faking my feelings towards Jordan on the show, and that I never made or sent those fake texts posted by Stephen Carbone. I appreciate everyone who has believed, supported, and loved me through this. I also forgive those of you who have said hateful things to me. I have spent years growing as a strong independent woman who manages her business without the help from any man. It is insulting to hear that anyone would question my character in that way when my biggest passion is to empower women. This is why I am standing up for myself and refusing to be a victim. I did nothing wrong, and despite what accusatory statements negative gossip bloggers have to say…I have a voice too, and it will be heard! I am standing up for myself and any woman who has ever been mistreated, overpowered, sexualized, or made to feel unworthy of sharing her story. I have God and the truth on my side, and in the end that’s all I need. I will not be silenced.

First of all, we all know the only reason she chose the picture of her phone instead of a glamour shot is because Reality Steve crucified her for it on Twitter. Secondly, I love that she thinks this rock solid evidence proves anything. Like, this “forensic analysis” looks about as legit as if she Google image searched “lab results” and uploaded it to Instagram. I don’t know what this “extraction” device is, but I would like to hook it up to my brain for the next time I take a test and know the answer is buried deep in my subconscious somewhere.

BUT THERE’S MORE. Jenna accompanied this post with a literal novel that reads about as sane as the creative writing assignment I turned in right after my boyfriend dumped me on my birthday sophomore year. I won’t go through her entire manifesto because, like, we would be here until Colton’s season airs next January, which was maybe her entire plan in the first place BUT I’M NOT FALLING FOR IT, B*TCH. So here are some highlights:

“The results from the forensic analysis are in, and I feel compelled to share them with Jordan before anyone else.”

The forensic analysis of what, though?? This is not CSI! Also, the fact that she’s sharing the results with Jordan before the public is suspect in itself. Homeboy DUMPED YOU ON INSTAGRAM and you want to speak with him privately? I feel like this “sharing of information” is happening solely so they can get their PR stunt straight. This feels like when Geraldo Rivera made a big hoopla about how he was going to open Al Capone’s vault live on television and built up suspense for weeks, only for the vault to be literally empty. Actually, wow, this is almost EXACTLY like that. I impress myself sometimes.

“I have spent years growing as a strong independent woman who manages her business without the help from any man. It is insulting to hear that anyone would question my character in that way when my biggest passion is to empower women.”

Ah, yes. I know I definitely felt empowered watching you get felt up on a sand dune by half the men of Bachelor nation. Also, in the comments, someone asked Jenna what her business is, and she replied, “I started a social media marketing company and an all women’s social club where we help empower each other, build our businesses, and explore the city together.” Incidentally, this is exactly how every girl from my high school who is in an MLM would describe their “business”.

“I am standing up for myself and any woman who has ever been mistreated, overpowered, sexualized, or made to feel unworthy of sharing her story. I have God and the truth on my side, and in the end that’s all I need. I will not be silenced.”

Okay, look, I’m not saying women shouldn’t stand up for themselves when they feel wronged or misjudged or manipulated, but we’re talking about fake texts here. Texts that have probably gained her thousands of followers and put her face on every major news outlet in America. This is not a sexual harassment allegation; stop trying to make it sound like #MeToo. You don’t have God on your side, Jenna, you just have Mike Fleiss.

Stay tuned for next week, when Jenna reveals it was her all along. Can’t wait to see the tearful glamour shot that accompanies it!