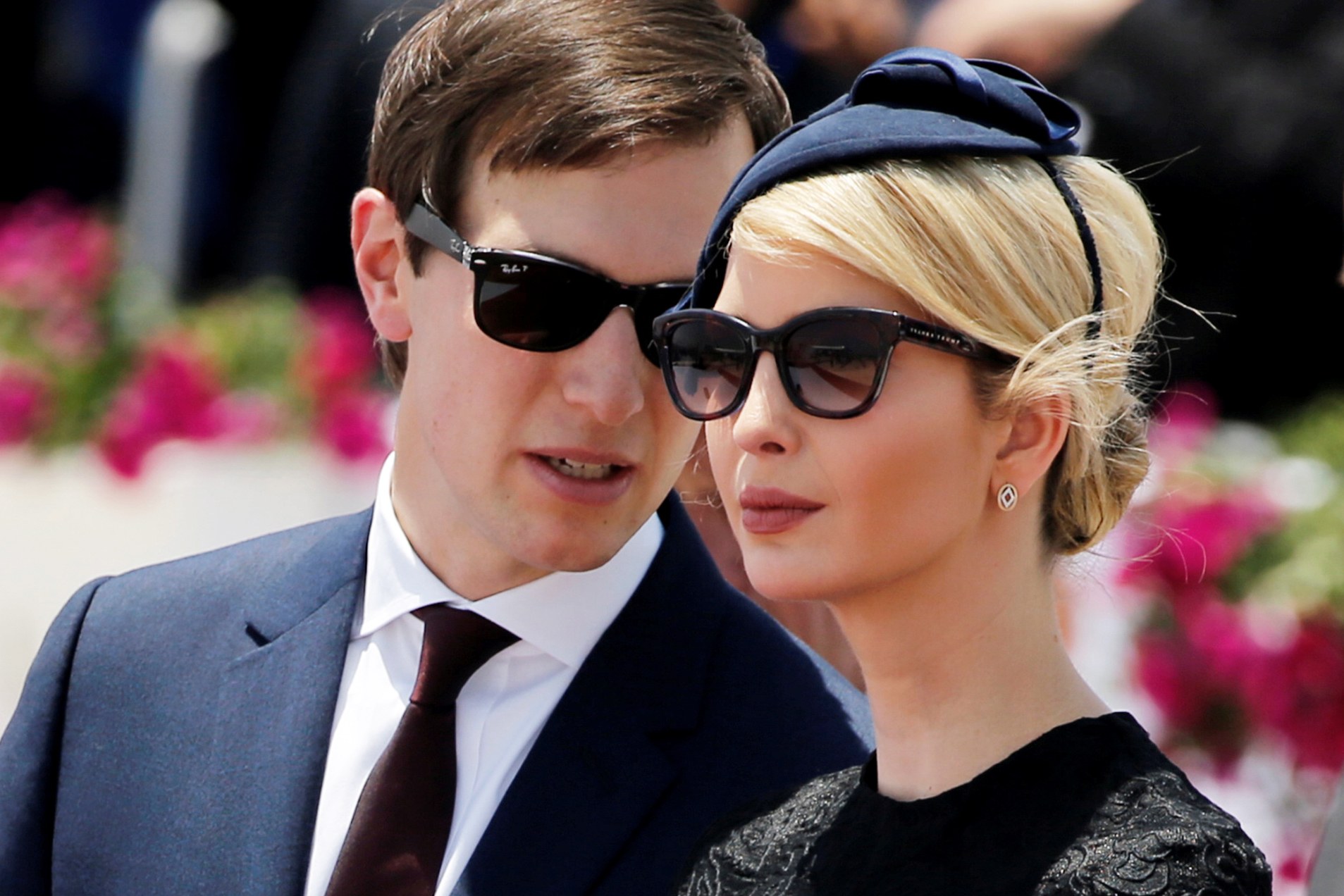 Jared And Ivanka Tried To Bribe Planned Parenthood Because Of Course

Some couples role play to spice up their marriage, others decide to bring in a third person. Jared Kushner and Ivanka Trump get off on trying to bribe Planned Parenthood. The only president I care about, Planned Parenthood’s Cecile Richards, wrote in her memoir that the West Wing – West World couple offered to increase federal funding for the organization if they stopped providing abortions. LOL. In your dreams, you heartless dorks.


Richards said that she had met with the duo to explain the importance of the organization providing healthcare to millions of people, hoping Ivanka would at least understand. That is literally so charitable of her. Anyways, as soon as she gave her spiel about why women need their hoo-has taken care of, Kushner immediately killed the mood and was like “stop giving abortions.” Then surely mimed sliding a check across the long table they were sitting at.  I have to imagine Kushner regularly kills the mood and also has no idea how to take care of a lady’s hoo-ha. Richards said it was clear they just wanted to make a savvy deal and to be seen as strategic business people. Maybe it wouldn’t raised their allowance from Daddy Trump?

Whatever their reasoning, they aren’t savvy enough to understand that Planned Parenthood will never stop providing women with safe and legal abortions. That’s like asking Lindsay Lohan to stop giving unwanted legal advice. It’s their thing and you have to respect that.

Obviously Richards was like hard pass and left the meeting being like, “omg I’m definitely going to write about these psychos in my book.” Jared and Ivanka left the meeting thinking “wow that lady was blonde enough to work for Fox News!”