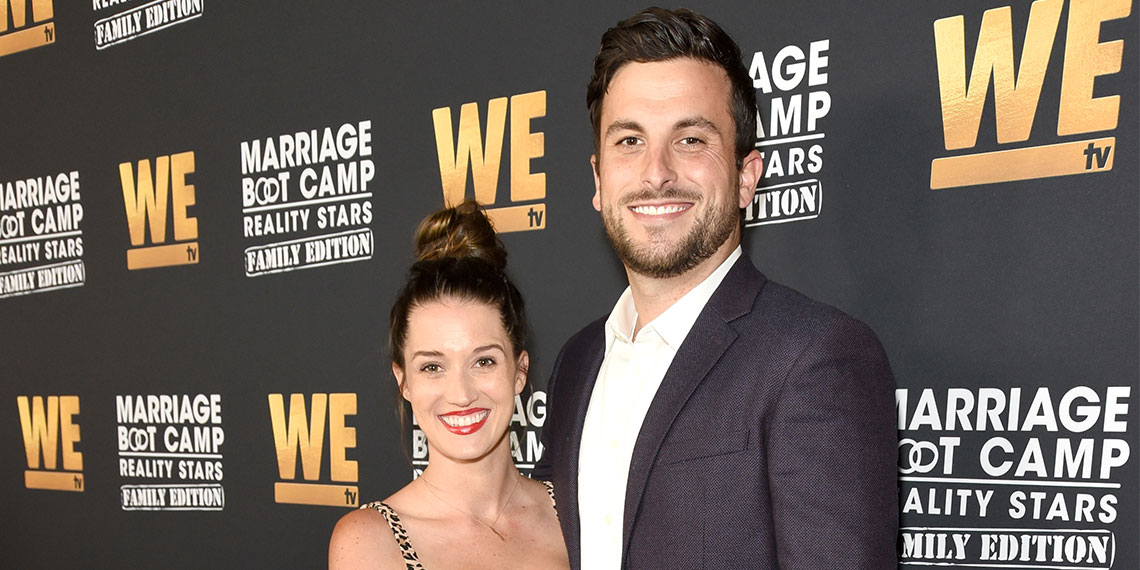 UPDATED: Jade Tolbert Won $1 Million On Fantasy Football, But Did She Cheat?

UPDATE: Welp, that was fun while it lasted. After a few weeks of agonizing over whether Jade Roper Tolbert would get to keep her million-dollar fantasy football prize, we finally have an answer. Over the weekend, Draft Kings released a statement on Twitter saying that they’ve “decided to update the standings for several contests.” While they said in the statement that it’s against their policy to get into any more specifics than that, we could all read between the lines. And, lo and behold, poor Jade is no longer a millionaire. The standings for the contest she won have been updated, with her name removed completely, and the previous runner-up now in the winning position.

Is this surprising? Not really, considering I barely know anything about fantasy sports, and even I could tell that she and Tanner cheated to get more entries. I’m just a little surprised that Draft Kings actually went through with stripping Jade of the prize after they publicly tweeted about her win, but good for them. Jade was pretty foolish to think she could tweet that stuff and people wouldn’t scrutinize her victory, and now it’s come back to bite her.

Don’t forget, this weekend is the Super Bowl, so if you’re trying to get into your fantasy football mood like Jade, now is the time. Just don’t let your boyfriend/husband/dad/anyone collab on your lineups, because then you’ll be sad and poor, just like you are right now.

Usually, I try my absolute hardest to forget that fantasy football exists, but today I was actually kind of glad because it provided an amazing crossover episode for my life. That’s because last night, Bachelor alum Jade Tolbert posted on Twitter that she had won a million dollars by placing first in a Draft Kings fantasy contest. Um, what? If I knew that you could win a million dollars from this sh*t, I would’ve stopped pretending to care about football and started actually caring about football a long time ago. I can’t imagine winning this much money through fantasy football is normal, or else all the straight guys I know wouldn’t live in such sh*tty apartments.

As someone who knows exactly nothing about fantasy sports (except Betchelor fantasy), this truly sounded f*cking crazy to me. Almost… too good to be true. And if some interesting revelations reported by many sources, including CBS Sports, turn out to be true, Jade might have come about her massive winnings through some shady tactics. Bear with me while I try to explain fantasy football like we’re all five years old.

So basically, when you make a fantasy football team, you choose which players you want in your imaginary lineup, and then your results depend on how well those players play each week. Every fantasy site has different rules, but in the one Jade won, here’s what’s important. Each entrant is allowed to have up to 150 unique lineups, meaning that you basically have 150 chances to do well, based on who you pick. That sounds like a lot to keep track of, but clearly people spend a lot of time on this.

The 150-lineup limit is important here, because it’s the root of why people think Jade cheated her way to the top. Jade had 150 unique lineups entered, and so did her husband, Tanner. Great, they both love football. But the sketchy part is that Jade’s 150 lineups and Tanner’s 150 lineups were also unique from each other—essentially, they had 300 unique lineups between the two of them. This is suspicious AF. Sure, it’s statistically possible that they could choose all those different combinations of players, but it doesn’t actually seem very likely.

As you could probably guess, it’s against the DraftKings Community Guidelines to “coordinate the makeup of the lineups you build” with another user, and if Tanner and Jade made their 300 lineups together, that’s a violation of the rules. The guidelines allow players to talk about strategy and work on their lineups together, but employing a strategy specifically to have unique lineups is definitely against the rules.

The unique lineups already seemed suspect, but there’s another crucial piece of information that makes this thing really seem like it was rigged. In Jade’s tweet saying that she won, she claimed that Tanner “told me I shouldn’t play DK Metcalf.” Basically, he told her that she should choose someone else for her lineups. But she included him, and the Seattle Seahawks rookie ended up having a record day. Wow, such a crazy coincidence that Jade didn’t listen to Tanner’s advice!

But wait. Someone who understands this sh*t a lot better than I do found all 300 of Jade and Tanner’s lineups, and they revealed something very… interesting. Despite Jade’s claim that Tanner told her not to play Metcalf, it turns out that TANNER played Metcalf in a whopping 78% of his lineups! And Jade played him in 88% of hers!! Yeah… I’m not buying any of this. There’s literally no reason that Tanner would tell Jade not to use a player, and then use him in so many of his lineups. I’m sure it’s not that uncommon that people tiptoe around the rules regarding collaboration, but that doesn’t mean it’s okay. Jade won a lot of f*cking money, so if she and Tanner really broke the rules in such a major way, it doesn’t really seem like she should still get to keep it.

So yeah, I wouldn’t count on Jade actually getting to cash that million-dollar check, but this was fun while it lasted. Personally, I’m excited to go back to my life of pretending that fantasy football doesn’t exist, because I really have a headache from trying to make sense of all of this. Maybe someday I’ll be a millionaire, but I guess it won’t be from winning at fantasy football. Oh well, there are always feet pics.