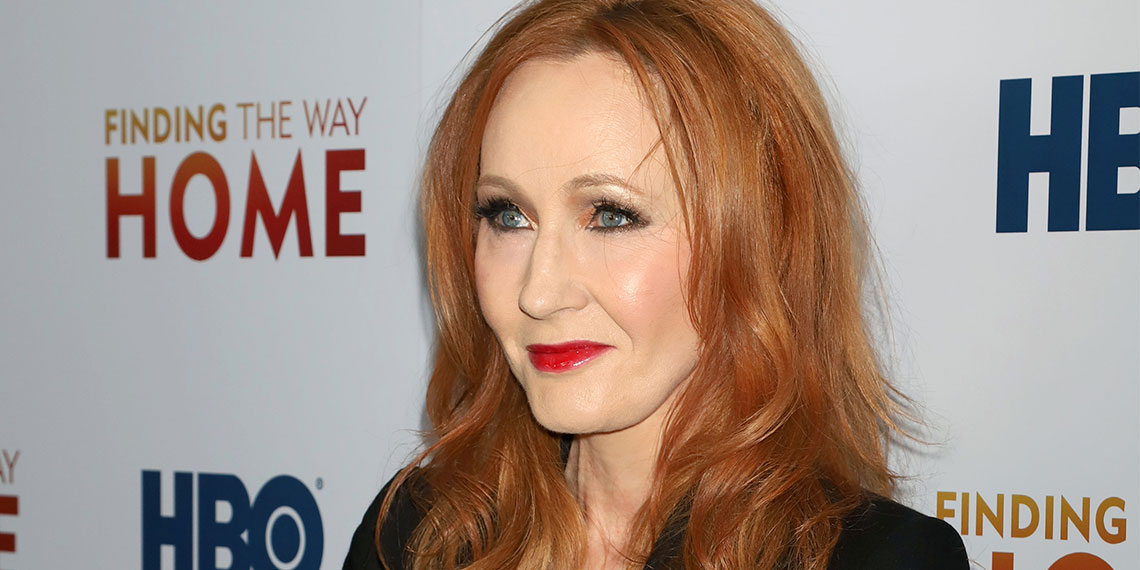 Painful as it can be, growing up means sometimes realizing your childhood heroes kind of suck. Specifically, it’s become impossible to ignore J.K. Rowling’s transphobic views. Our whole generation basically grew up on Harry Potter, a series that is built on the idea that you should stand up for what is right, and fight evil at any cost. Well, somehow J.K. Rowling has turned into the villain in her own story, and it’s really sad to see.

For a while now, J.K. Rowling has been pretty public with her (trash) opinions on trans women, leading her to be labeled a TERF, or Trans-Exclusionary Radical Feminist. This term, which was coined in 2008, refers to a subset of feminists who don’t consider trans women to be women. In December 2019, Rowling voiced her support for Maya Forstater, who was fired after she tweeted criticizing a UK government policy allowing employees to self-identify their gender. Forstater contested her firing in court, but a judge ruled that her views created an “intimidating, hostile, degrading, humiliating or offensive environment.” In a tweet, J.K. Rowling claimed that the court decision against Forstater served to “force women out of their jobs for stating that sex is real”.

While J.K. Rowling has a history of tweeting cringeworthy things, this goes a step further than trying to retroactively claim that the Harry Potter books had gay characters. This tweet about Maya Forstater deliberately uses the concept of sex to discount trans women—it’s no accident. And this weekend, J.K. Rowling doubled down on her transphobic views in a major(ly gross) way.

On Saturday, Rowling tweeted the link to a Devex op-ed titled “Creating a more equal post-COVID-19 world for people who menstruate”. The article specifies that “An estimated 1.8 billion girls, women, and gender non-binary persons menstruate,” and discusses the structural inequality in their access to vital health resources. But rather than comment on any of the important points raised in the article, Rowling took issue with the phrase “people who menstruate.” She sarcastically commented that there “used to be a word for those people,” suggesting that “women” would be a more correct term.

‘People who menstruate.’ I’m sure there used to be a word for those people. Someone help me out. Wumben? Wimpund? Woomud?

Her lame attempt at humor aside, J.K. Rowling is deliberately missing the point here. The op-ed isn’t aiming to erase the concept of biological sex, but rather use more inclusive language to reflect people who do not fall within the gender binary. Not sure why anyone would mock Devex’s attempts to be inclusive when discussing an important topic like this, but alas, here we are.

J.K. Rowling’s initial tweet was immediately criticized, but rather than back down or apologize, she attempted to further explain her views in a series of three tweets that made me want to throw my phone across the room.

If sex isn’t real, there’s no same-sex attraction. If sex isn’t real, the lived reality of women globally is erased. I know and love trans people, but erasing the concept of sex removes the ability of many to meaningfully discuss their lives. It isn’t hate to speak the truth.

Joanne, please. This is not, and never has been, about whether or not sex is real. It’s about understanding the difference between sex and gender, and choosing your words carefully to always be as inclusive as possible. The “lived reality of women globally” includes ALL women, cis and trans, but this tweet suggests that J.K. Rowling feels threatened by including trans women in those conversations. Why? Cis women have plenty of opportunity to “meaningfully discuss their lives,” and they should be just as open to learning about the lives of trans women.

The idea that women like me, who’ve been empathetic to trans people for decades, feeling kinship because they’re vulnerable in the same way as women – ie, to male violence – ‘hate’ trans people because they think sex is real and has lived consequences – is a nonsense.

I respect every trans person’s right to live any way that feels authentic and comfortable to them. I’d march with you if you were discriminated against on the basis of being trans. At the same time, my life has been shaped by being female. I do not believe it’s hateful to say so.

As a general note, if your tweet’s general thesis is “I don’t hate trans people, but…” you should probably go back to the drawing board. While J.K. Rowling may, as she suggests, have a trans friend or two (classic deflection), her words are unquestionably transphobic. Which, by the way, are not mutually exclusive. Her insistence that she has “respect” for, and is “empathetic” to trans people is incredibly patronizing, as if the trans community should feel grateful that J.K. doesn’t think they’re monsters. It’s telling that she never once uses the phrase “trans women” in her tweets—she respects “trans people” as people, sure, but she wouldn’t go so far as to actually respect their gender identity.

Out of this whole problematic mess, the most disturbing bit is when she says that “I’d march with you if you were discriminated against on the basis of being trans.” Excuse me, “if”? IF??? The trans community IS discriminated against, and it’s not difficult to find the evidence. Just last fall, the U.S. Supreme Court heard arguments in its first-ever case on transgender employment discrimination, and a ruling is still pending. A 2015 GLSEN Survey found that 75% of transgender students “felt unsafe at school because of their gender expression.” Lambda Legal found that “nearly one in six transgender Americans—and one in two black transgender people—has been to prison.” According to the National Coalition of Anti-Violence Programs, trans people are 3.7 times more likely to experience police violence than cis people, and transgender women are nearly twice as likely to experience sexual violence.

There are hundreds more statistics like this, but to put it simply, it’s insulting and wildly ignorant to suggest that the trans community is not discriminated against on the basis of being trans. J.K. Rowling could find out any of this information from a quick Google search, but I have a feeling she doesn’t want to educate herself. She’s made her transphobic views known in the past, and she continues to dig her heels in for the world to see. And in the middle of Pride month, no less!  J.K. Rowling says that “it isn’t hate to speak the truth,” but I feel like we have different concepts of what the “truth” is.

For more LGBTQ stories, check out our Queerantine History series: