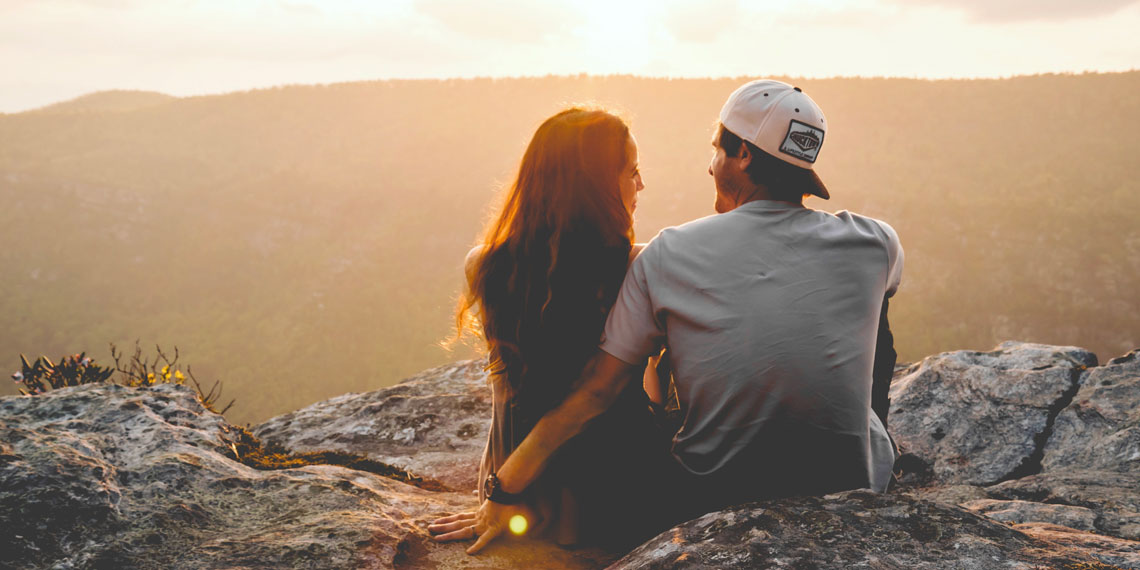 It’s Not Just You: Studies Show Good Men Are Harder To Find

As long as there’s a good headline, I will read literally anything. Yes, I fall victim to clickbait. Sue me. So, it should come as a surprise to no one that I clicked and read the recently published Wall Street Journal article titled, “A Good Man Is Getting Even Harder to Find.” As someone who has dealt with and even dated men (condolences, please), I was obviously intrigued. Anecdotally, it does seem like finding a good guy is nearly impossible. So, if I could find something empirical to back up my “all men are trash” sentiments ? Even better.

The WSJ article was written by Gerard Baker, former EIC of Dow Jones. The second line of the story reads: “Girls go to college to get more knowledge/Boys go to Jupiter to get more stupider.” I mean, the article could end there and win a Pulitzer for journalism, as far as I’m concerned. While the article begins with anecdotal evidence concerning Baker’s daughters, and how they grew up believing girls were smart and boys were stupid, the real meat of his argument comes from analyzing the gender gap in higher education. Baker explains that his daughters, who are currently enrolled in liberal arts colleges, used to say that they are often told that women are superior to men, especially when it comes to intelligence. In other news, the sky is blue. So, the absence of “good men” is due in part to the fact that more women are getting educated and less men are keeping up. So by this logic, good, smart men literally are getting harder to find because there are literally less of them. Yes, I said “literally” twice in the same sentence, but only for emphasis.

To back up this assertion, Baker cites the growing gender gap in bachelor’s and master’s degrees every year. He writes, “According to the U.S. Department of Education, more than 57% of the class of 2018 who graduated with bachelor’s degrees were female. The gap for master’s degrees was even wider: 59% to 41%.” Claps for all the women in the world. Y’all are killing it. But like most problems in the dumpster fire that we call the U.S., the issues goes way deeper than we think. How, you ask? Studies show that men say they want to date smart women, but they actually don’t—they just like the idea of smart women. Cool. Cool cool cool cool cool.

It’s times like these that I really wish sexual orientation was a choice so I wouldn’t have to put up with this sh*t. To be fair (to smart women), the study, published on a site called Sage Journals, had a sample pool that only included 105 men. I don’t think 105 people is a great sample size to represent all men’s views on romance, but that doesn’t change the sad results of said study. The findings read as follows: “When evaluating psychologically distant targets, men showed greater attraction toward women who displayed more (vs. less) intelligence than themselves. In contrast, when targets were psychologically near, men showed less attraction toward women who outsmarted them.” In other words, they were only attracted to smarter women in theory. Great!

Julie Scagell, a Babble writer who reported on this study for an article called “Depressing Study Found Men Love the ‘Idea’ of Smart Women — They Just Don’t Want To Date Us.”, summed it up pretty perfectly. She says, “Apparently ‘pretend’ smart women make perfect companions for self-proclaimed smart men,” but actual smart women are a huge turn-off. And here I thought I was single because of the way I ate pizza, but it’s just my college degree. Lol, classic mixup. Can we just agree that these self-proclaimed smart men are actually pretty stupid and call it a day?

Here’s the thing, though: no matter how dumb these findings seem, they’re based on real people! Real men are admitting that smart women are unattractive to them. I scoured the internet for some answers on why this is, and I landed on Washington Post writer Lisa Bonos’  book review for The Love Gap by Jenna Birch. Bonos says, “Until men can provide for a family, they don’t feel comfortable dating seriously or making a lifelong commitment. And no matter how much men say they want an equal partner, a woman who’s smart and independent, studies find that such women often make men feel emasculated or inferior.” Wow, I’m both blown away and not surprised at all. How is that even possible? If I was writing this article in the 17th century then I would totally get where men are coming from, but in 2019 I don’t really understand this psychological reasoning. Why is it so humiliating to be romantically associated with a smart woman who has her sh*t together? Someone, preferably a man, please explain this to me. (This is the one instance where I allow mansplaining.)

But before you get discouraged and throw your phone in a river, this unfortunate situation is not a reflection on us, smart women. Studies are literally telling us it’s not us, it’s them, the men. While we may never understand why men are the way that they are, we can agree to not let these proven idiots influence our own self-worth. Not that there’s a silver lining to this official realization that men are trash, but take comfort in knowing that getting an education is just one more thing to add to the list of things women are doing in greater numbers and faster than men.