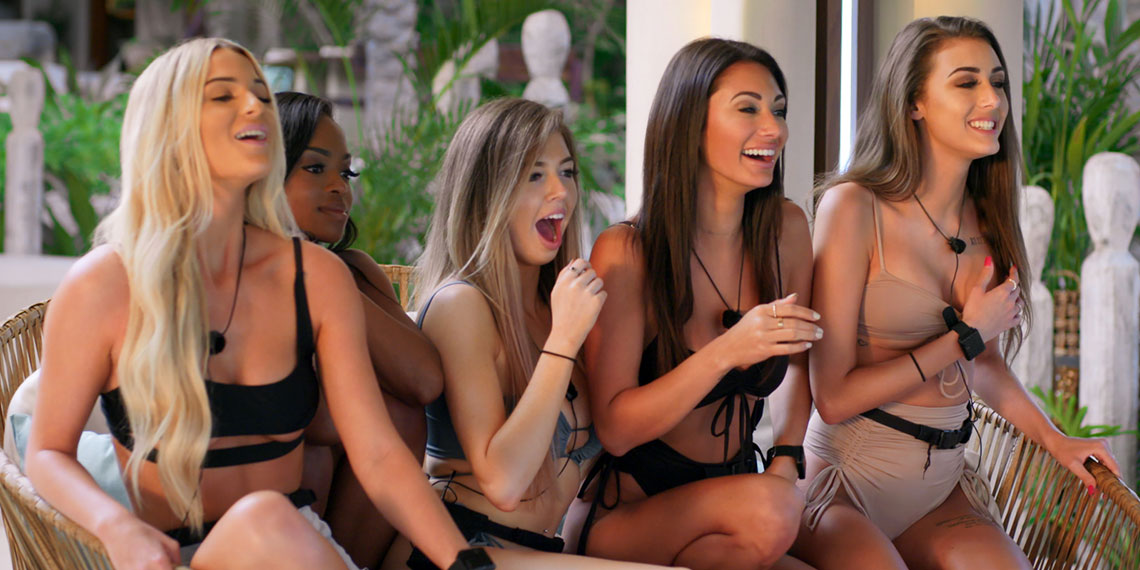 Is ‘Too Hot To Handle’ Sexist?

In the time of quarantine, one of the few things keeping us going is trashy television. That might seem dramatic, but being able to watch normal people f*ck their lives up on TV is a blessing unlike any other. While the production of basically every show in the world has been placed on hold due to The Virus The Must Not Be Named, we’ve still been graced with a few gems to guide us to mindless joy. The most exciting of which is Netflix’s newest dating show, Too Hot To Handle. What’s not exciting, however, is the narration throughout the entire series. At best, it’s made me not even remotely attracted to these painfully attractive people, and at worst, it left me feeling kind of, well, sh*tty.

In case you haven’t been spending all of your free time pantless in front of the TV, allow me to explain. Too Hot To Handle is Netflix’s newest reality show with a sexless twist. Released on April 17, the premise is basically that a whole bunch of hot people who are for some reason really cocky about how often they get it in (so 2010, btw) are put on an island, given alcohol and sexually charged situations, but aren’t allowed to bang. Or kiss. Or masturbate. There’s a $100,000 prize, from which money is deducted each time a rule is broken. Keeping the group in-check (or shamed, if you will) is an Alexa-style robot named Lana who (is most likely just a producer voiced over, but who am I to be cynical in the name of reality TV love?) spies on the contestants and narcs on them when they break the rules.

It isn’t the (most likely fake) robot, the cast of characters as unoriginal as they are hot, or the tame-yet-taboo intercourse that made the show unsexy, however. It was the narration. Granted, it still a solid train wreck of a watch, and if you’re a fan of trashy reality television (guilty), some over-the-top commentary is to be expected. After filming for hours and filing down the events to mere minutes, viewers sometimes need someone to explain wtf happened in the parts they cut. While The Bachelor does it in a cheesy-yet-endearing way, Too Hot To Handle’s is snide to the point of cringe-worthy, and worst of all, it’s borderline sexist.

Don’t get me wrong, I love a good diss, especially when it’s at the expense of people whose bodies I could never obtain. But between comments about the contestants’ interests, remarks concerning femininity and masculinity, and general slut-shaming, I finished the show feeling supremely unsexy, and not because I don’t have a midsection like Francesca’s. With nonstop remarks throughout the entire 10-episode season, there were times I considered muting it and just watching the sexual tension silently unfold.

In regards to some of the female contestants, the narrator, Desiree Burch, made comments such as, “they’re talking about their favorite topic: The environment. Just kidding, sex.” Because apparently, you can’t be interested in sex and care about the environment. Or I guess if you are sexually adventurous, you don’t have the mental capacity to think past your own libido. If that isn’t detrimental enough, the narrator went on to say things like, “The girls are showcasing their personal growth by objectifying the men,” and, “What a minx. She just can’t help herself.”

These offbeat comments weren’t just targeted at the women, though. Time and time again it was indicated that men generally aren’t in touch with their emotions and that these guys are d*cks because they like getting laid. I just want to say that in 2020, no one is an asshole for liking orgasms, no matter what a weird robot who spies on you says.

As described in Wired, ” basically says that physical intimacy is a barrier to emotional intimacy, that liking sex is a character flaw, and that twentysomethings should get off dating apps and just settle down already.” “Chronic swipers” being put in a situation they were unaware of and then subsequently mocked for felt bad. Add to that the fact that there’s nothing wrong with having a “slut phase” (whether that’s in high school, college, or your entire life), the point seemed to be that these attractive people who like f*cking are lesser than others, just because of their preferences. Did I like watching the show when I was bored and drunk and didn’t feel like rewatching Gossip Girl? Sure. Did I feel good about the outcome, the reasoning, or the way the contestants were treated and portrayed? Not even a little bit.

Basically, as someone whose only dream is to be cast on a reality show and immediately be shot to stardom for no reason other than appearing in 10 episodes of a Netflix special, I have to say, I was pissed. When my 15 minutes of Instagram fame finally happens, Netflix better pull this sexist stick out of its ass and not do me dirty like that.

Images: Netflix / “Too Hot To Handle”