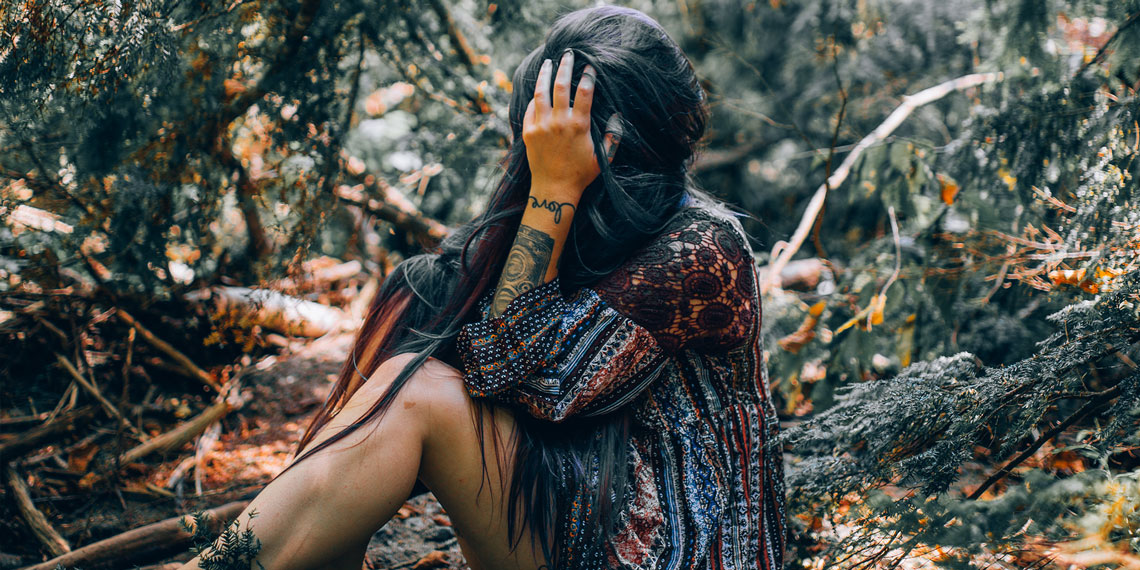 Is Seasonal Depression During The Summer A Thing?

The sun is finally out, which has probably made you forget just how miserable you were during the winter months. Let’s be real, plenty of us dislike the cold and darkness, and that doesn’t mean that you’re suffering from any mental health issues. But for more than 3 million Americans every year who suffer from Seasonal Affective Disorder (SAD), the winter months can bring about some distressing mental health problems. For those people, the change in seasons can bring about feelings of serious depression, hopelessness, and withdrawal. And it makes sense, since most experts associate SAD with a lack of sunlight and shorter days. But as someone who feels those symptoms when the days get longer and the weather gets warmer, it made me wonder: is summer seasonal depression a thing? I did some research and spoke to experts to find out if there’s any science behind what I am feeling.

For those of you who have no idea what I’m talking about, let’s start by defining SAD. Experts consider it to be a form of depression, the most distinguishing feature of this disorder is that there is a seasonal pattern to it. But notice it’s just a “seasonal pattern”, not specifying which season. As someone who is bothered by seasonal changes every few months, researching this topic was important to me personally. I started by googling summer depression, and then I spoke to an expert. I contacted Ian Cook, the ex-Director of the UCLA Depression Research and Clinic Program and now Professor Emeritus of Psychiatry. He’s also the Director of the Los Angeles TMS Institute. When I asked him about SAD, he said, “the particular symptoms can vary from person to person, but include the nine hallmark symptom areas that are used to diagnose depression.” He said SAD patients “predictably (more years than not) feel the onset of their symptoms at the same season, which is usually the winter months,” but in theory, the symptoms of depression can arise at any time of the year.

As our expert pointed out, the majority of SAD cases are reported during winter. However, Psychology Today reports that 10% of  all seasonal affective disorder cases manifest during summer. That’s a sizeable percentage, so how come we never hear about it? Well, for one, research shows that we are better equipped to deal with winter depression. Basically, during winter months, we expect our morale to be low. Because of this, we may take precautions and prioritize our mental well-being. But when the winter’s finally over, we may end up taking our mental health for granted in the summer, which can lead to a different sort of seasonal depression.

There could also be something about the summer in particular that may cause people to feel more depressed during that season. While studies have shown that winter depression is triggered by lack of sunlight,  depression is not as simple as how much sunlight we receive. Ultimately, there is a more complex mechanism in place. For one, humans are creatures of habit, and seasonal changes can too often throw our schedules out the window. This can factor into summer seasonal depression, because those symptoms include insomnia, lack of appetite, and weight loss, which are all things that can be caused or exacerbated by a routine change.

Whether or not Summer SAD is a concept that’s widely accepted by everyone, it’s important to take note of your mental health and how it changes during different times of the year. We all know that WebMD is not the best place to spend your time when you’re feeling down, but a quick Google search can give you perspective and put all your options in one place. For me, as I was researching this topic, I was surprised to see so many hits. Even though I experienced some of the symptoms of Summer SAD, I never got any help because I felt the symptoms I felt were relatively mild. I also told myself I could live with them because “nothing lasts forever.” In retrospect, I should not have just sat back and lived with it, and if I had known then what I know now, I would have been more motivated to seek out treatment options.

And, in general, if you find that seasonal depression is interfering with your daily life, then you should consider getting help. Like with any mental health issue, there isn’t a one-size-fits-all treatment approach. “We don’t have the kind of clinical trial evidence that would give us solid guidance, so treatment is largely empiric for each individual,” said Cook. However, like most mental disorders, experts have found ways to make daily life better. Cook added,  “some Summer SAD patients have reported that trying to spend more of the day in a cool location, away from bright sunlight, may be helpful.”

If there’s one thing you should take from my search, it’s that preconceived notions of what mental illness looks like should not dictate your well-being. If you feel anxious, depressed, alone, just know that there are treatment options, and there are likely other people feeling the same way too.

Misha lives and studies in New York City, and is currently interested in the mystical healing powers in a glass of sangria.