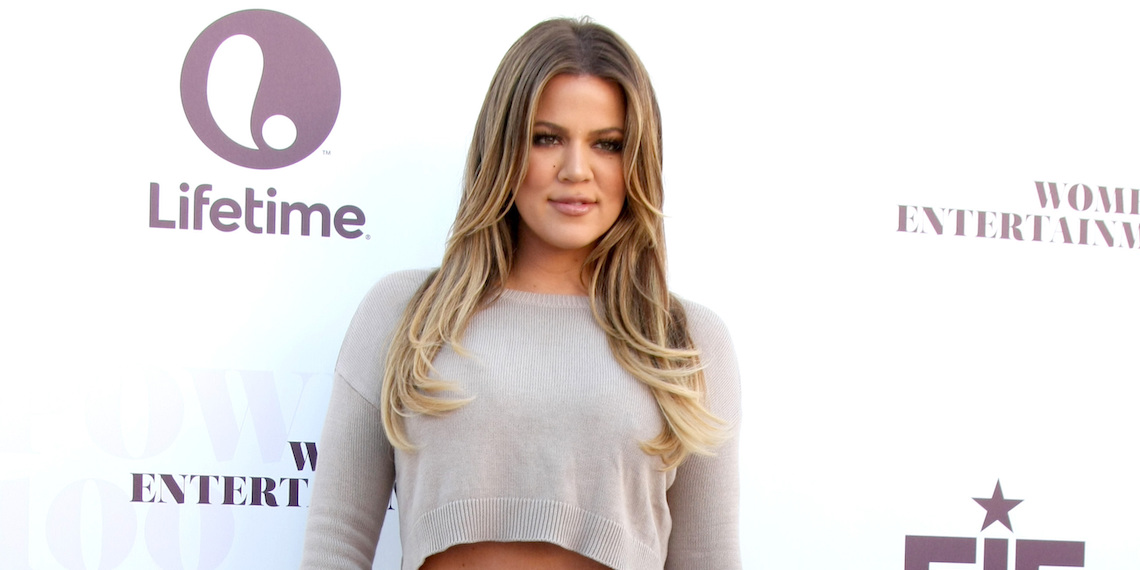 Thankfully, Keeping Up With The Kardashians came back last week, but Khloé Kardashian is already turning her attention toward another new TV project. On Wednesday, it was announced that she’s producing a new true crime TV series called Twisted Love, that will focus on “what happens when love and affection spiral into a twisted web of extreme obsession and jealousy.” While this sounds like an appropriate description for the newest season of KUWTK, the show will not focus on the Kardashians themselves. Bummer!

The show will air next year on Investigation Discovery (whatever that is), and it’s actually Khloé’s second time producing a show for the network. Last year, she produced Twisted Sisters, which told true stories of crimes committed by pairs of sisters. Wow, hearing about both of these shows, I just can’t imagine where Khloé gets her inspiration. No twisted sisters and/or love in this family,

Thank you ID network for picking up my SECOND series on your network. I’m producing “Twisted Love,” a six-part series that “explores what happens when love and affection spiral into a twisted web of extreme obsession and jealousy.” ???‍♀️???‍♀️ https://t.co/CU1VEeDOGv

Khloé’s new show most likely won’t premiere until 2020, probably so they have enough time to add an episode about the meltdown between her and Tristan Thompson. On her Instagram story, Khloé acknowledged that the title of her show seems like it might be sending a message. “My TV show titles are very ironic LOL. These titles and TV shows have been in the works for years.” Yeah okay, I’m not going to pretend to know exactly how TV production works, but I feel like this could be a bullsh*t explanation. Whatever, it’s funny either way.

Aside from the hilarious irony of the subject matter, I’m excited for Khloé that she has a new project in the works, because she’s had a stressful year. The initial Tristan cheating scandal happened exactly one year ago, right before Khloé gave birth to her daughter, True. Obviously I don’t need to tell you this, but the last couple months have been even crazier, with Tristan’s um, late night hangout with Jordyn Woods, and Khloé and Tristan’s final breakup.

Time moves fast in the Kardashian-verse. I mean, just look how far we’ve come from six weeks ago. Jordyn Woods was appearing on Red Table Talks, and Khloé was damn near having a meltdown on Twitter.

Initially, Khloé really had it out for Jordyn, but she subsequently changed her tune. I’m not saying she started blaming Tristan because of the internet backlash, but we also wrote v good article about how it’s as much Tristan’s fault as it is Jordyn’s (maybe more). Khloé tweeted about Tristan’s role in the whole situation, and since then, she’s pretty much stayed quiet about what’s going on in her personal life, which is probably for the best.

Tristan is equally to blame but Tristan is the father of my child. Regardless of what he does to me I won’t do that to my daughter. He has been addressing this situation PRIVATELY. If Tristan were to lie publicly about what conspired,then yes I would address him publicly as well

We don’t really know where Khloé’s at right now with her whole relationship situation, but maybe this new show is a way to channel some of her frustrations with Tristan into something productive. Who knows if this show will be any good, but I’ll watch basically anything that has to do with true crime, so I’ll probably be tuning in whenever Twisted Love premieres. It has to be better than Revenge Body or Kocktails With Khloé, right?