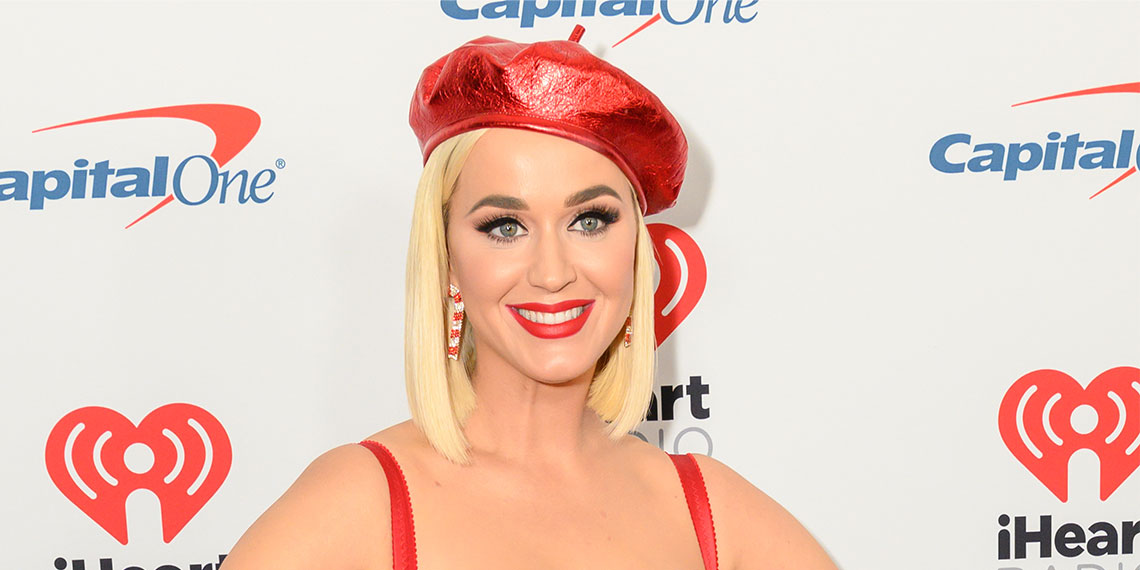 Is Katy Perry’s New Song A Dig At Russell Brand?

On Thursday night, Katy Perry released her new song and video, “Never Worn White”, and with the release, she made a big announcement: she and her fiancé Orlando Bloom are expecting their first child together. After being on and off for a few years, Katy and Orlando got engaged on Valentine’s Day of last year, and Katy’s new song is basically a love letter to Orlando. She sings that she’s never worn white, but she’s ready to try with him, and that she’s ready to make “a full family tree” together.

But while the focus of the new song is squarely on her future husband, I couldn’t help but notice that it’s pretty dismissive of her first husband. Does no one else remember her mess of a marriage to Russell Brand?? But she’s “never worn white”? Something’s not adding up here. I definitely watched her concert documentary, in which she repeatedly breaks down because her marriage is falling apart. What does she mean, never worn white?

Well, it turns out she got us on a technicality. When she married Brand in 2010, she was wearing a dove gray dress, which feels like basically the same thing, but I guess “Only Worn Dove Grey Once Before” doesn’t have the same ring to it. But aside from the title, the song also contains some lyrics that makes it sound like Katy barely remembers that she’s been married before. In the first verse, she sings “I’ve stood on the edge of love, but never took the leap.” Okay, I’ve never even been in a serious relationship, but am I missing something? Is the leap not marriage? Is there another leap I’m unaware of? Like, having a kid, I guess? Idk, I feel like marriage is the main leap here.

In the chorus, she says that she’s scared, but “I really wanna say ‘I do.'” I can’t tell whether she’s acting like her first marriage didn’t happen, or saying that she’s scared because it went so badly the last time. Either way, she has no f*cking time for Russell Brand, and it’s kind of amazing. She’s channeling big Gigi Hadid “unbothered by your irrelevant ugly ass” energy, and I love it. Let’s not pretend that Orlando Bloom isn’t a huge upgrade from Russell Brand.

But while Russell Brand can go shave his back now, Katy Perry is pregnant with Orlando Bloom’s baby, and she looks f*cking amazing. In the video, she first wears a flowing white gown (so she HAS worn white!), and then transitions to a look that’s basically just a mountain of flowers.

Is it just me, or did everyone in fashion/music/entertainment see Midsommar last year and immediately call their stylist? Just saying, I feel like there have been a lot of flower mound outfits in the past year, but I’m not mad about it.

On Twitter, Katy joked about her newly announced pregnancy, saying that she’s glad her days of sucking it in and carrying big purses are over. I haven’t been paying a lot of attention to Katy Perry’s public appearances lately, but I guess her tactics worked, because I definitely hadn’t heard anyone talking about her being pregnant before today.

Katy also said on social media that “it’s gonna be a jam packed summer,” so we can probably assume that she’s due sometime over the summer. As for her and Orlando’s wedding, it’s unclear at this point when she’ll be wearing white ~for the first time~. They were originally planning to get married in December 2019, but ultimately changed their plans. They haven’t announced a replacement date, and now it’s unclear whether they’ll tie the knot before the baby comes. Either way, I’m sure she’ll look fabulous in white, a color that she definitely hasn’t ever worn before in her life. Mazel tov, Katy and Orlando!