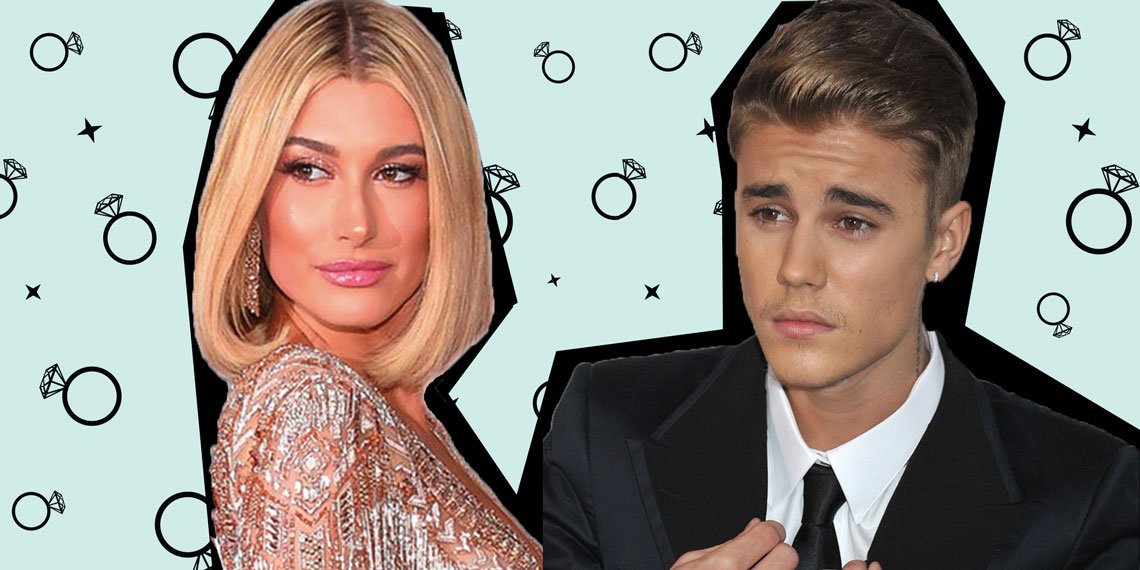 Is Justin Bieber’s Mom Shading Him Over His Engagement?

Young love. It’s so beautiful, so powerful, so all-consuming, and so damn stupid. And you know who is the stupidest of all the stupids out there? Justin Bieber. That’s right, I said it. As everyone in the world now knows, Justin Bieber got engaged to the daughter of the scariest-looking Baldwin brother last month, in some sort of strange plot to prove to Selena Gomez he doesn’t still sniff a lock of her hair before bed every night. I assume.

Since the engagement, family members of both Justin and Hailey have expressed excitement and joy for this blessed train wreck of an event. But guess who doesn’t seem too excited about this mild natural disaster? Justin’s mom, Pattie Mallette. And you know why? Because his mama don’t like you, Hailey, and she likes everyone. That, or Pattie has at least one iota of common sense in her brain and can see that this is going to end about as well as the Red Wedding.

I’m sure you’re asking yourself how I, someone laying in their bed in the tri-state area, could possibly know that Pattie is just not that into this rushed engagement, and the answer to that is simple: Twitter.  According to this article in Cosmopolitan, there are a few pieces of evidence. But, as much as I want to believe this conspiracy theory, the evidence is about as strong as my will to live on a Monday morning.  Let’s take a look at these straws for which fans are desperately grasping.

First, we have Pattie’s Twitter bio. According to all the Beliebers out there getting their panties in a twist about this, Pattie’s bio used to say, “yes Justin Bieber is my son.” That was recently removed and now her bio only reads #LoveWins #LOVEARMY. Okay, so yes, it is a little suspicious that she removed that line from her bio, but maybe she figured after 9 years on Twitter, we already knew she was his mom? And considering Justin Bieber’s abs are aggressively staring at me from a pinned tweet at the top of her feed, could she really be THAT mad at him? I wouldn’t even feel comfortable staring at my son’s naked torso when I’m proud of his decisions, let alone when he is making a mockery of the sanctity of marriage.

Life is worth living. #love pic.twitter.com/RiagCLjUaH

Pattie also recently tweeted “Love is unconditional.” And I know Twitter is not, like, a binding contract, but it would be a little petty if she was mad at Justin for getting engaged to a model that his erect penis is telling him he loves. Certainly not unconditional.

The next piece of evidence that every Cosmo girl should know is that Pattie liked the following tweet from The Bachelor’s OG virgin Sean Lowe:

Look guys, I read into everything. I have spent hours poring over Taylor Swift lyrics to see if there’s anything to the rumors that she and Karlie Kloss were in love. And even I think this might be a stretch. The title of the Cosmo article says this is a tweet “shading rushed engagements.” BUT IS IT? This is clearly a tweet shading the garbage crop of Bachelorette contestants this season. And even though Pattie liked it, is it that far off to assume that she is also just bitter that Wills got cut unjustly?

So, as I mentioned, weak evidence at best. I do actually hope Pattie is pissed at Justin for this incredibly rash decision, but I doubt she’s leaving us all breadcrumbs on social media. We should keep our eyes on this, though, because you never know when flimsy evidence can become a possibly literal smoking gun. And if there’s anything more fun than the rushed engagement of two twentysomething millionaires, it’s a blood feud.