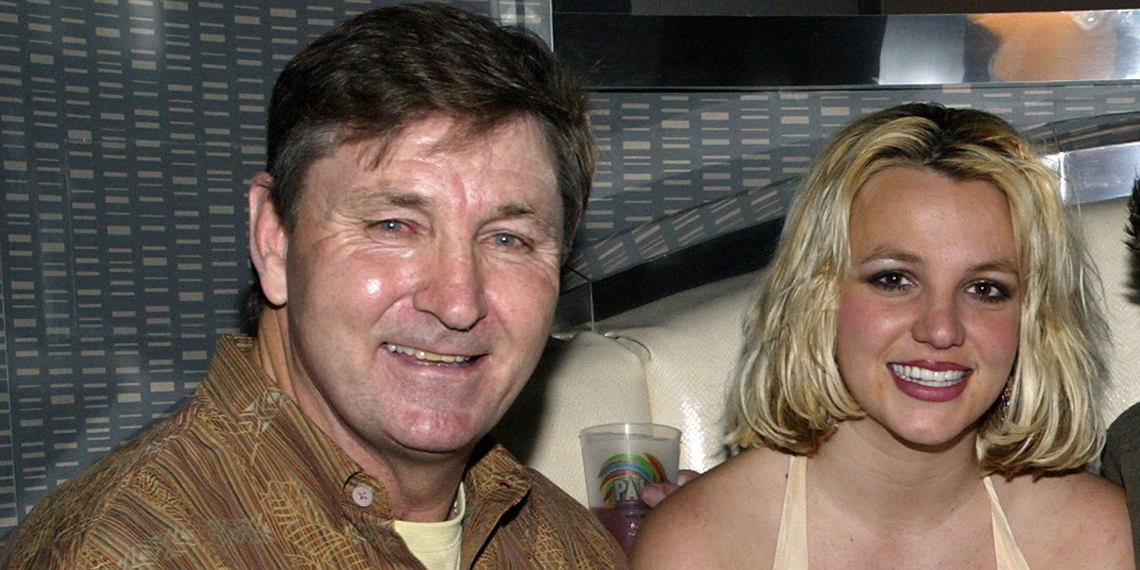 Is Jamie Spears The Real Villain Of #FreeBritney? An Analysis

Leftover Trump rage and nowhere to put it? Let’s all collectively aim it towards the most vicious Disney villain of them all, Jamie Spears, while we decompress after devouring the latest episode of The New York Times Presents, Framing Britney Spears.

Director Samantha Stark does an exceptional job recalling the tabloid-induced trauma and public shaming Britney endured at the expense of our own entertainment. Copious footage of inappropriate interviews, dangerous paparazzi attacks, and what can only be described as a very f*cked up round of Family Feud are enough to leave you wondering, where were Jamie, Lynne, and Jamie Lynn? But, with the complex history of Britney’s infamous “breakdown,” it’s easy to lose track of her father: hillbilly Voldemort, Jamie Spears. Before digesting FX’s new documentary, we pulled out an old copy of MTV’s 2008 Britney: For the Record and shuddered at the way in which Jamie’s behavior is repeatedly laughed off. Perhaps the most telling is when Jamie dresses up as a self-described “monster clown” and terrorizes Britney’s toddlers in a demonic Halloween mask while howling with laughter at their scream-cries. Flash forward to 2019, when Kevin Federline is granted a restraining order against Jamie on behalf of their son, Preston. At one point, Britney even looks to the camera and asks, “I don’t understand how he can be such an asshole and then be so nice.” Siri, what is emotional abuse?

Clearly, we were more than a little disappointed in the gentle treatment Jamie received by the objective professionals at The New York Times. Well, we have no intention of being “professional” or “objective.” Instead, we shall simultaneously timeline and decode Britney’s songs in an effort to document why her dad (a Cancer with a God complex) is the actual worst. So here is our oughts-burned CD (hold the JT tracks) tentatively titled: It’s Jamie, bastard.

Feb. 21, 2007: After Britney is admitted to rehab, Kevin Federline is granted an emergency custody hearing. It’s later confirmed in a 2012 testimony by Jamie’s own attorney that Britney’s father “convinced Federline to obtain sole legal custody of their two young children”. Conspiring with her ex so that he would be prepared to file for custody the day after she enters rehab is even more repulsive than K-Fed’s bejeweled Ed Hardy everything. Heartbreakingly, in Britney: For The Record, Brit explains, “that would be heaven for me: to have my two kids…on an island and no one could get to us.”

Jan. 4, 2008: Britney is placed on an involuntary psychiatric 5150 hold when the one and only Dr. Phil is called to her hospital room. If inviting a TV doctor (unless there’s a “Mc” in front of their name) to come and exploit your daughter’s alleged psychiatric breakdown isn’t the work of actual Satan, we don’t know what is.

February 1, 2008: While Britney is placed on a second 5150, Jamie gets his wish and the court places Brit under a temporary conservatorship citing “dementia.” For real. Three days later, Britney’s request to choose her own lawyer is denied as well as her “very strong desire” for her alcoholic father not to be named the conservator of her estate. It’s our personal belief that no one knows the character of a man like his daughter. Despite this, the court later rules that Britney’s conservatorship is permanent, costing Britney over $2.7M in legal fees alone. Lynne Spears then releases her memoir Through The Storm detailing how Jamie perfectly conceived and executed the conservatorship.

Track 5: Out from Under

Jan. 21, 2009: Britney leaves a voicemail to lawyer Jon Eardley in which she claims, “my father has threatened me several times, you know, he’ll take my children away.” Eardley explains Britney’s civil rights are being violated and later testifies that there have “been significant verbal attacks by her live-in father” and Eardley “is concerned for the emotional and physical safety of Britney.”

“Look at you gettin’ more than just a re-up / baby, you got all the puppets with their strings up”

March 3, 2009: Just three months after being restrained in the hospital, Circus Starring Britney Spears premieres. Britney completes 97 shows in nine months while also being legally incapable of providing for her own basic personal and financial needs.

May 31, 2013: Jamie Spears embarrassingly registers as President, Secretary, and Director of Atara Tours, Inc. Luckily for Jamie, the “Britney: Piece Of Me” residency grosses over $137,695,392. How much of that do we think is the secretary’s cut? Soon enough, another album and lucrative two-year residency is secured, supplemented by a contractual agreement with Caesar’s Entertainment that the conservatorship “must remain in place.”

“Left, right, nowhere to turn / I’m left in the ash from the bridges you burned…it’s too late for apologies / nothing you can offer me now”

May 2, 2014: Jamie seeks additional compensation from Britney’s activities in addition to the $16,000/month allowance and the $2,000/month for rent he already receives. Confusingly, two years later, Money Nation reports that Britney has earned over $670M while conservatorship filings suggest she is only worth $46M. Either there’s some shady shiz going on and/or the Mountain DewLittle in charge is almost as bad as Trump at maintaining profit.

Mar. 4, 2019: Lawyer Andrew Wallet asks to resign immediately as co-conservator of Britney’s estate. Wallet cites that, “substantial detriment, irreparable harm and immediate danger will result to the conservatee” if he is not removed. The next day, Wallet’s resignation is granted by the court, leaving Jamie as the sole conservator.

Apr. 3, 2019: One month into Jamie’s lone reign, Britney checks into a mental health facility to “help her cope with her father’s illness.” Do we think Britney was admitted to process the grief of her father’s colon that ruptured five months prior? Or, has history taught us that Jamie uses facilities as a way to silence his daughter when she begins to seek independence? Not-so-shockingly, on April 16, Britney’s Gram (a popular podcast doing the Lord’s work) releases an anonymous voicemail confirming that Britney’s hospitalization was forced.

November 10, 2020: After months of hearings, the judge finally rules on Britney’s request to appoint Bessemer Trust Company but denies the supplemental request to suspend her father, leaving Jamie still in control of Britney’s finances.

As of today, according to LA Court’s schedule for Case# BP108870 (our first tattoo?), four status hearings are scheduled. We can’t help but hope there will soon be independence for Britney and justice against her Queen B-keeper father. Until then, we remain grateful for documentarians like Samantha Stark who so poignantly remind us of Britney’s unimaginable strength. Unfortunately, 13 years later, Britney’s words in MTV’s 2008 documentary still ring true: “I’m kind of stuck in this place. And it’s like, how do you deal? You know? And you just cope. And that’s what I do. I just cope with it. Every day.”