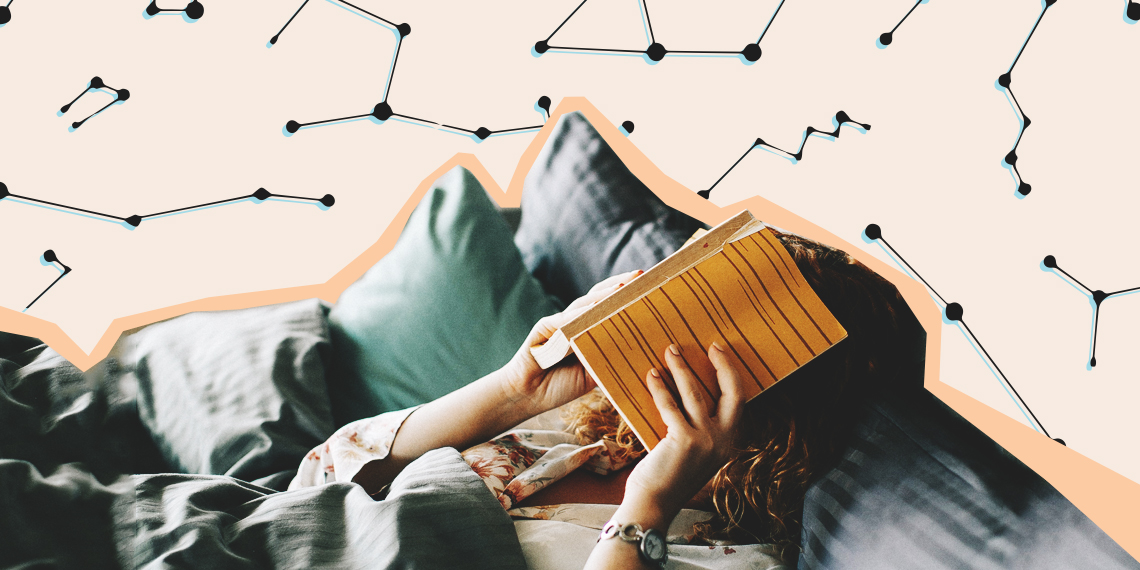 It may be hard to believe given the fact that you’re probably just now surfacing from a food- and alcohol-induced coma, but there’s magic in the air this weekend. The Sun and Jupiter both enter Capricorn today, a union that only takes place once every 12 years, which means that for the next two days, anything could happen. Yes, maybe even getting off your parent’s couch and eating a vegetable, but let’s not get too crazy.

This weekend is brining good news, Aries. Let’s just say that some long-awaited things will finally be coming to fruition, and it’s all down to your hard work and borderline obsessive dedication. Whatever, the ends justify the means, right? This could be a small-scale achievement or something that’s been a long time in the making, so make sure you celebrate accordingly!

This weekend is the perfect time to pursue any passions or adventures that you’ve been holding yourself back from, Taurus. You’ll find yourself not only acutely motivated to get after them, but suddenly with the means of doing so as well. Don’t waste this opportunity! It’s time to, dare I say, take the bull by the horns (I know, I’m sorry).

This is a weekend for bold moves, Gemini. You’ve had something to say for a while now and have been uncharacteristically quiet about it. Well guess what? NOT ANYMORE. Arm yourself with your favorite form of liquid courage and then make your voice heard. It’s the holidays, so you don’t need to worry about the ramifications until next week.

The union of Jupiter and the Sun is going to give you that extra boost of courage to start making moves, Cancer. If there are things being left unsaid, or relationships that could use a little definition, this is the weekend for getting after it. Your typical aversion to change will be nowhere in sight for the next two days, so don’t be afraid to go big.

If there’s anything about your life that you’ve been unsatisfied with, Leo, this is the weekend for tackling it. For the next few days you’re going to find yourself dedicated to making changes, be they personal, environmental, or physical, and there’s a good chance they’ll actually stick. Don’t be afraid to take a good look at your life (almost impossible to do this time of year, I know) and figure out which parts of it you’re unhappy with. Does this almost sound like a New Year’s resolution? Well, yeah. But just less cliche.

It’s time to start repping yourself, Virgo. You’ve been working hard—on your career, on your relationships, on yourself—and it’s time that people started recognizing it. You don’t need some big occasion to showcase how great you are, just get out there and let the people know what you’ve been up to. Recognition is an important step in the process, and well-deserved at this point.

This weekend you’ll find yourself wanting to connect with family and friends. Don’t fight it! That’s literally what the holidays are for! Don’t feel guilty shirking social responsibilities in lieu of kicking back with the people you care about, and likely don’t get to see as often. There’s nothing quite so soothing as looking like a total bum on your parents’ couch, watching movies and eating food that your normal self wouldn’t be caught dead even looking at. Soak it all in! This doesn’t happen all that often.

Your weekend forecast shows 100% chance of functional communication, Scorpio. Maybe not the outlook you were hoping for, but one that is very much needed. Spend the next couple days getting things off your chest, that way you can go into the new year with a clear conscious and substantially less baggage. It may not always be the easiest route, but it’s the one that will have you feeling better in the long run.

You hear that, Sagittarius? It’s the sweet dulcet tones of you spending a bunch of money this weekend. Those post-Christmas sales won’t know what hit them. You’ve done a great job of being financially responsible this year (for the most part), so what better way to celebrate than getting out there and spending all that holiday cash? Don’t feel guilty—you deserve a treat now and then, too.

Get ready, Capricorn, because this weekend you’re going to go against all your instincts and do the one thing you truly hate doing: take a risk. We promise, it’s going to be okay. The Sun and Jupiter moving into Capricorn is going to have you feeling like luck is on your side, and it’s time to finally make those bold moves you’ve been secretly plotting for months. You’ve thought about it, dreamt about it, spent an outrageous amount of time strategizing around it, which just leaves one thing left: doing it.

This weekend is about you, Aquarius. That’s it. The only things you need to concern yourself with the next 72 hours is what you want, what you need, and what position you’re most comfortable in pursuing those two things. The new year and all the stress that comes with it is right around the corner, so hold onto this last bit of 2019 and use it to rest before real life kicks back in.

The Sun and Jupiter entering Capricorn has fostered the perfect environment to get the gang back together. You’re feeling social, you’re feeling nostalgic, and you’re feeling like maybe getting day drunk—so call up your friends and make it happen! Being an adult means that these kind of reunions don’t get to happen as often as we’d like, so take advantage of the downtime and relive your college years—you know, when you just hung out on a couch with your friends all day and worried about literally nothing. Ah, youth.