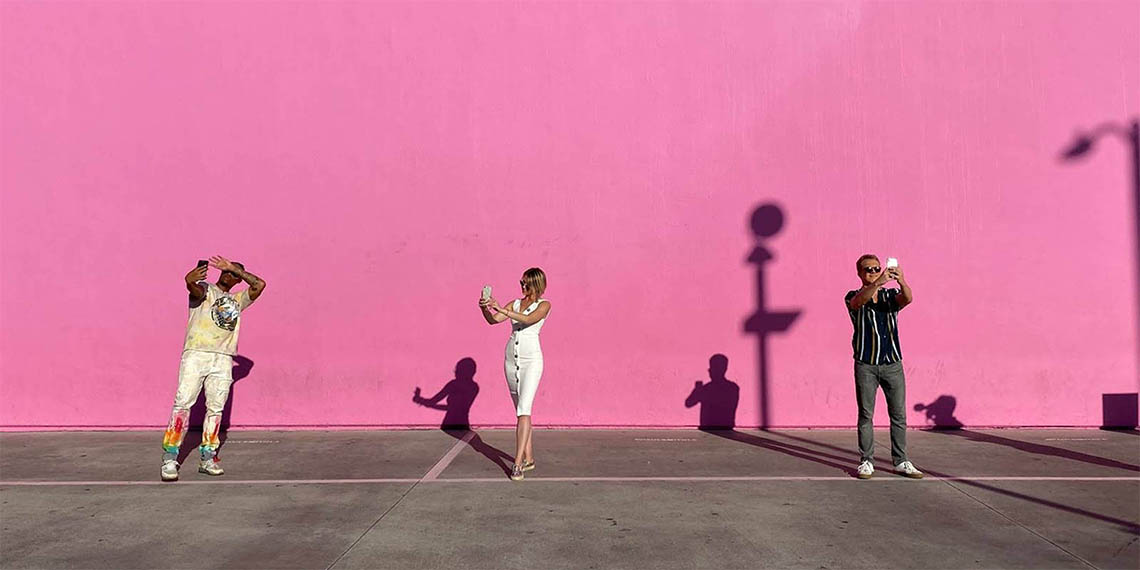 Is ‘Fake Famous’ Worth Watching? Not If You Know Anything About Instagram

Earlier this month, HBO released Fake Famous, a documentary where New York Times and Vanity Fair reporter Nick Bilton selects three random people in LA and tries to turn them into influencers. I would say hilarity ensues, but what ensues is pretty much exactly what you’d expect if you have even a basic grasp of how social media influencing works.

Full disclosure, I was annoyed at this documentary right out of the gate, since it opens with a voiceover that states, “It wasn’t that long that in order to get away from hustle and bustle of that never-ending grind of everyday life, you’d get on a plane, fly somewhere warm—like Los Angeles—and spend a week bopping from one tourist attraction to another.” Ah yes, I love to escape the hustle and bustle of New York City by immersing myself in the hustle and bustle of the second biggest city in the United States. And while, back in the good old days, people would marvel at “the sparkle of Tinseltown” and visit the Hollywood sign, now they flock to a pink wall (you know the one, on Melrose Ave) to take selfies. The voiceover continues, “People come here from all over the world just to take a picture.” Right, as opposed to what were people doing at the Hollywood sign, even before Instagram.

It’s fine to hate on influencers—there’s plenty of material there—but the documentary hates on them not because they can be problematic or tone-deaf (the documentary does briefly touch on this, but it’s literally at the very end with the covid and Black Lives Matter coverage shoehorned in right before the credits), or because of the many controversies that can surround (some of) them. The hate stems from the fact that they’re famous despite not “deserving” it (the documentary makes a point that you used to only be able to become famous for being an athlete, singer, or actress, until reality TV came along… which is funny because this documentary is just filming random people as they go about their everyday lives). By extension, the existence of influencers makes it so that other people want to be famous, also for “doing nothing”. I mean, God forbid.

There’s also a question of what constitutes “fame”. In a voiceover, Bilton cites that there are over 40 million people who have over 1 million followers on Instagram and asks, “Are they all famous?” He continues, “There are over 100 million people who have more than 100,000 followers. Are they famous too? If they are, how can over 140 million people, the equivalent of almost half the population of the United States, all be considered famous?” Well, one answer to that would be that these people are not necessarily all based in the United States, and another answer could be that although 1 million and 100,000 are both huge followings to have, they are not the same. Slapping a blanket “famous” label is oversimplifying.

“Fame is such an obscure, strange thing,” continues the voiceover. “You can’t touch it, and yet it’s more powerful than almost any object on earth. You can’t see it, and yet almost everyone wants it. And whoever actually gets it has absolutely no control over it.” The same could be said of power, or any other intangible concept—certain levels of wealth, even—but sure. Can you see why I was rolling my eyes from the beginning?

But while the documentary laments the golden age when you had to have some particular talent to be famous, the voiceover says, “now we have a new kind of fame—one where you’re famous simply for a number. The famous influencer.”

Now, I’m not saying I love influencers and there’s nothing inherently wrong with the concept of influencing—on the contrary, I in fact love to hate on them when they’ve done something shame-worthy (like rip off a small business or rip off another small business or flout health guidelines and do risky sh*t. But I am not bothered by the fact that people out there want to be famous. I think most people, on some level, want to be famous, and they have well before Instagram existed. As Justine Bateman says in the documentary, “the desire to be famous is just a desire to be loved.” (I’d add that it’s also a desire to not have to worry about money.) I don’t take issue with that desire, I actually take more of an issue with how this documentary wants to gate-keep what can make a person famous. It feels snobby, and also, we’re past it. Influencers are here, whether we think it’s deserved or not. “Influencers are famous for taking selfies” is a really old and tired take. Not to mention, have you tried to take a good selfie lately? I have, and it’s never as easy as I think it’s going to be when I whip out my front-facing camera.

After holding casting calls, three aspiring famous people are chosen to move forward with the experiment: Wylie, an insecure guy from Atlanta; Chris, a fashion designer from Tucson; and Dominique, an aspiring actress from Miami Beach. The hypothesis of the experiment is that everyone on social media is faking it, and faking it can lead to making it. Bilton says in a voiceover, “People fake private gym trainings so later they can go get a free real training at a private gym. They fake all-expense-paid camping trips so later they can get free all expense paid camping trips.” The three participants get fake photoshoots for their Instas: rose petals scattered in a kiddie pool, holding up a toilet seat to look like an airplane window (which, if I’m being honest, was a good tip). But, it’s not actually shown that staging photoshoots at a gym did, in fact, lead to free gym sessions, although Dominique does get a free trip—tens of thousands of fake followers later.

Speaking of fake followers, the participants also get bots who deliver fake likes and comments, which is the cornerstone of this experiment. The inherent problem with that, which is mentioned as a one-off comment, is that legitimate brands don’t want to work with influencers whose following is mostly bots. (Bilton admits as much when explaining why Dominique isn’t soliciting big advertisers for sponsored posts or free product.) He notes, “Big brands have access to fancy software that can tell if you have fake followers”—software that might, in itself, be completely fake, as he posits—but really, you just need eyeballs and a basic grasp of simple division to be able to tell if someone’s following is authentic. One of Wylie’s acquaintances from Atlanta does just this after noticing his followers suddenly skyrocketed, but the likes he was getting on posts weren’t matching up. (Chris, who is by far the most interesting and authentic person in the doc, just starts deleting the fake comments altogether because he knows it’s all bullsh*t and having bots publicly gas you up is embarrassing.)

So, can you really be famous from just a number? Can a bunch of fake followers and photos make you a bonafide influencer? Maybe, but if you don’t also have a documentary crew filming your every move, you probably won’t get that far. (Dominique currently has 359K followers, but at least 200k were purchased for her during filming.) In Dominique’s case, her inflated follower count helped her land more auditions, but Chris and Wylie didn’t really see any benefit—which I think says more about the film industry in LA than anything else. You may, however, be able to finesse your fake following into some free stuff, a perk that is definitely something! But, one, did Dominique recoup the money spent on fake followers in free stuff? And two, is that really “fame”? If you’re assuming, as the doc does, that a straight number automatically translates to fame, then I guess so. But in reality, if you’re only famous in your own head (and to a bunch of Russian bots), does it actually count? I guess it really is fake famous.

I guess the “moral” occurs after Dominique’s all-expenses-paid trip, when she expresses surprise that the full-time influencers spent their time at the airport making spreadsheets of everyone they spoke to and all the contacts they’d made. Maybe the reason some people can be influencers as a job is because it… takes some effort? This may have been a hot take in 2016, but in 2021 it is pretty lukewarm, and it’s been done before. Brian X. Chen tried to make his dog Instagram famous for the New York Times in 2018 by buying followers. (It didn’t work.) The downsides of social media were covered in harrowing detail in The Social Dilemma. The idea that *gasp* people exaggerate or flat-out fabricate things for Instagram was a component of both Fyre Festival documentaries (and is also discussed in more depth and, in my opinion, more interesting detail in Gabrielle Bluestone’s forthcoming book, Hype).

There’s so much of “influencing” that’s fake: the Photoshop/Facetune (which we get a short video clip implying), the filters, the fact that people will erroneously hashtag #ad to try to trick future advertisers into paying them for posts. Fake followers are like, the tip of the iceberg, and the iceberg is half-melted. It’s funny because even though the documentary sh*ts on reality TV for opening the floodgates to frivolous fame (bringing about people who are “famous for being famous”) and therefore paving the way for influencers, the experience of watching it felt like reality TV. I enjoyed parts of it (especially watching Chris accurately call out Instagram bullsh*t), and it was overall an easy watch, even if trying to dig beneath the surface didn’t unearth very much.

What Holiday Gift To Get Based On Their Zodiac Sign