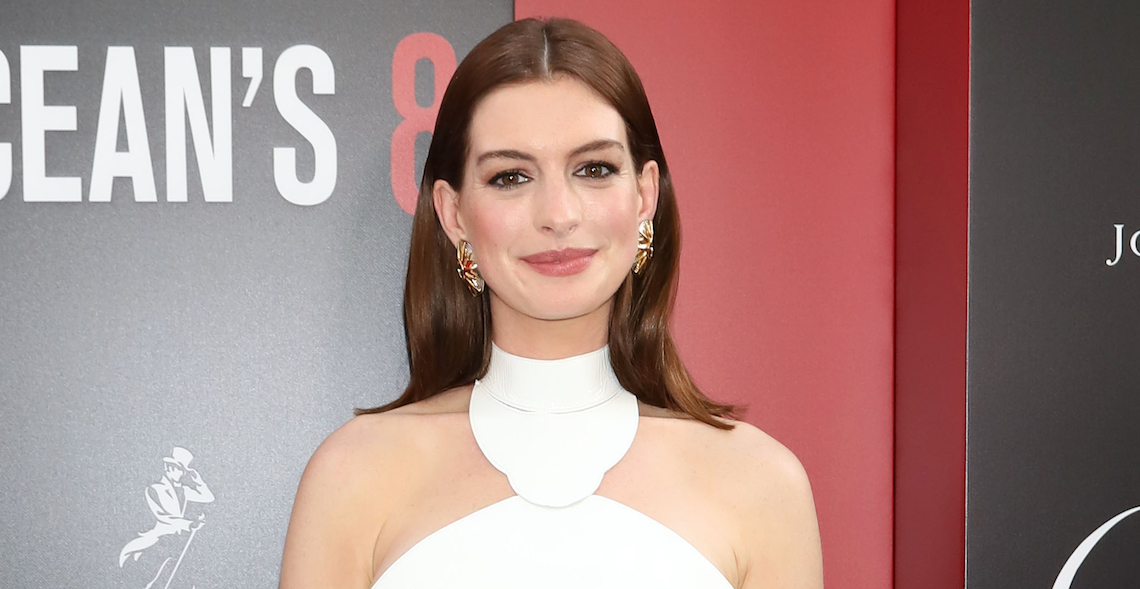 Just a few years ago, Anne Hathaway was one of my least favorite celebrities. Sure, she had acting talent, but everything about her persona as an actress was so over the top, and she often came across as a total try-hard. The other day I was watching The Princess Diaries, and I had an important realization: I think I like Anne Hathaway again. What has changed? Is it me? Is it her? To find out, let’s go back to the beginning, and see what really happened. Today also happens to be Anne’s 36th birthday, so I’m really giving her a chance to redeem herself.

In my estimation, Anne Hathaway’s career can be split up into five rough phases. A lot has changed since the days of The Princess Diaries, so let’s take a closer look at Anne’s trajectory, and how we feel about it. Back in 2002, 20-year-old Anne didn’t suck. She wasn’t ever like a Hilary Duff-level of lovable or anything, but she was quirky, cute, and–most importantly–not pretentious. She knew how to do family movies without seeming dumb and annoying, and she perfectly pulled off the balance of clumsy but poised and mature. She also avoided any of the scandals that befell other young stars of her generation.

The second major phase of her career was when she really focused on becoming a ~serious actress~. This included movies like Brokeback Mountain and The Devil Wears Prada. Both of these are classics, but it’s easy to see where Anne’s annoying streak started to come into play. Anyone who takes themselves too seriously gets old really quickly.

The period from 2009-2011 was where things really got rough. At this point, Anne was a big name star, but some of her movie choices were seriously questionable.  She took off her clothes a bunch in Love and Other Drugs to show us she’s a grownup, but let’s be honest, we were all busy looking at Jake Gyllenhaal. Also, Alice in Wonderland is so f*cking weird and I’m still mad I had to watch it once when I was babysitting.

Looking at the whole timeline, 2012 is where the sh*t really hit the fan.  In the same year, Anne ruined the last Batman movie and cried way too much in Les Mis, for which she somehow won an Oscar.  On top of thatAnne managed to give the most eye roll-worthy Oscar speech in recent memory while showing us all her nips in her gown. Her pretentious-ness was a lot to handle, and it was hard to take her seriously.

So where are we now? After winning her Oscar, Anne laid low for a few years, putting out some projects here and there, but taking a break from really being in the spotlight. Honestly? It was the best decision she’s ever made. Now, she’s back on the scene, but she seems way more self-aware about basically everything. Her role in Ocean’s 8 this summer was totally hilarious, and we haven’t seen her do comedy like that in a very long time. She’s also gotten into the big business of celebrity commenting on Instagram, and she had a really lovely Insta exchange with Lady Gaga after she saw A Star Is Born.

I keep thinking how we move through things so quickly these days (how could we not?); I know my personal capacity to absorb something new is often maxed out. For example, a movie opens, we are “obsessed” for a weekend, we move on. I do this too: even when I really love something, I get distracted by the next thing, don’t fully digest the experience and I quickly move on, like the world exists only to entertain me, like great art is unlimited, that my consumption of it as an everyday all-you-can eat buffet is acceptable. We are so fortunate- a ton of worthy, excellent movies are going to come out between now and the end of the year, and our plates are going to become increasingly full. That said, I think A Star is Born is so special, so ambitious, so audacious and so brilliantly human that it shouldn’t just be a news story for one weekend. Even being so excited about what’s coming out, I want to really luxuriate in appreciation for A Star is Born. I saw this film back in August at the Venice Film Festival and I still walk around feeling lucky I was in that audience. This film surprised me in the best possible way; it even killed some cynicism that I didn’t know had snuck into my heart. I loved it. I hope you see it. Bravo @ladygaga. Bravo #bradleycooper. Thank you. Encore ????

So basically, Anne Hathaway is doing great right now, and I’m excited to see where this takes her. Hopefully she can keep things normal and down to earth for as long as possible, because she really is a great actress. Happy birthday Anne, keep up the good work!