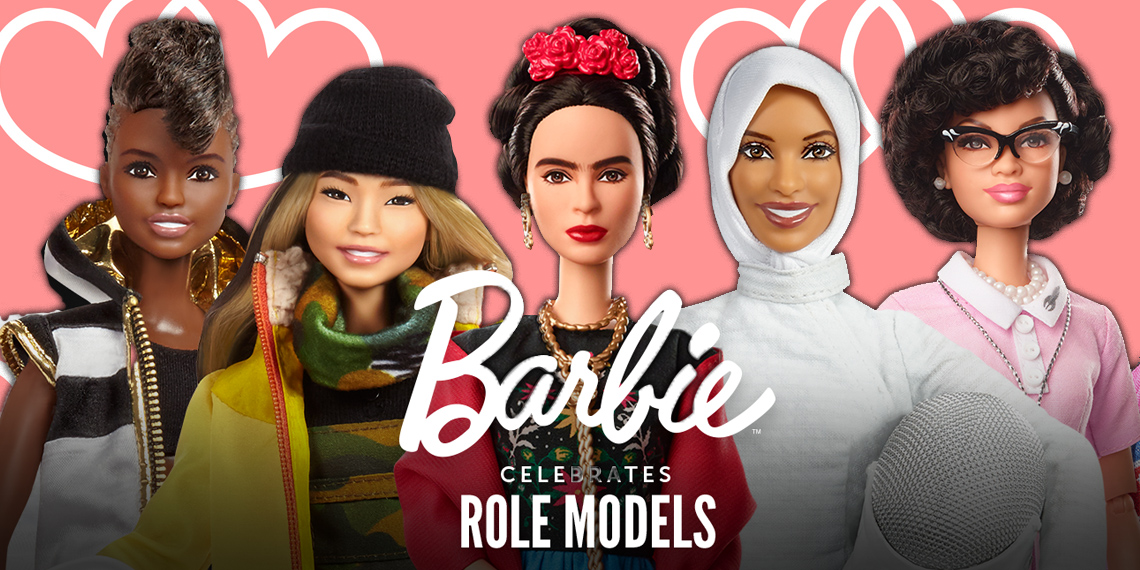 Mattel Made Feminist Barbies & Some Of Them Are A Mess

Today is International Women’s Day and just like every year, our corporate overlords will spend the entire day giving women lots of random things that aren’t equal pay. Fab. This year, Mattel (who you might remember from their starring role in “Teaching Young Girls To Feel Bad About Their Bodies” and their line of fuckboy Ken dolls) is showing us all that they’re woke now by releasing their own line of historical feminist Barbies. They’re calling it the “Shero” line, which sounds like a competition on RuPaul’s Drag Race, but whatever. On the one hand, as a history buff and low-key Barbie lover, I’m stoked. On the other hand, as a bitch and Betches’ preeminent doll roaster, I have to throw shade. To be clear: we’re not saying that any of the choices of ‘Shero’ Barbie are bad. These are all inspiring women who deserve to be immortalized in Barbie form. We’re just saying Mattel did them dirty by coming out with a wack ass doll with no pizzaz that nobody would be caught dead bringing to a playdate. Let’s take a look, shall we?

Note: Before we get started I should remind you that the gold standard for feminist-icons-turned-Barbies is Ava Duverney’s ‘Shero’ Barbie. It was released in 2015 and is literally perfect:

@AVAETC My hope for all the girls that get your Barbie???? pic.twitter.com/dhPmJUEWUq

The hair. The all-black ensemble. The director’s chair accessory. Perfection. Keep her in mind as we go through these:

…..What in fuck all is this lady wearing? She looks like the beast when Mrs. Potts curls his hair. She looks like an off-duty pimp. She’s wearing the same outfit as The Mask. 90% sure Kenan wore this in the opening credits for All That. I’m shook. You’re shook. We’re all shook.

Is this what Mattel thinks curly hair looks like? Google Leyla Piedayesh. She’s just like, a regular looking lady with kind of curly hair and a flair for design. Nowhere on the internet could I find an image of her wearing the leftover suit from a 90s-era Diddy video.

Does this Barbie shop at Talbots? How much of this outfit is from Barbie Chicos? What is happening with the giant Dracula collar? I’m not saying Patty Jenkins doesn’t deserve a Barbie, but I am saying that this Barbie is boring as fuck.

Can’t express how totally mind blowing and delightful it is to have your childhood favorite resemble you!! Thank you @Barbie, for this incredible honor, and for celebrating all kinds of women, everywhere. What a great way to inspire the girls of tomorrow! pic.twitter.com/X5FteJQltn

Apart from the camera, this Barbie could literally be anyone. She is wearing the basic bitch uniform of leggings & riding boots. This Barbie is as much Patty Jenkins as it is any girl from your high school who bought a nice camera once. Patty Jenkins directed Wonder Woman—could we not get like, a cool lasso accessory or a headband or some shit? A shield? A metal bra? Anything?

What’s happening with the hair here? We’ve got a top knot, and then also a low pony? Who is doing this? Is Vicky Martin Berrocal doing this? I can find no evidence of this style anywhere on the internet.

Secondly—and I’m dead serious when I say this—any doll that is a chef and does not come with a chef’s hat is a travesty. IDGAF if she wears one in real life. This is Barbie making 101, people! Shameful.

Okay so this Barbie isn’t actually bad. She’s a ballerina. She has a cool outfit, etc…etc…but I have one problem with it that I just cannot get over and can’t believe the designers at Mattel didn’t see:

Like…is this world-renowned ballet dancer Yuan Yuan Tan? Or is it world renowned Bachelor virgin Ashley I? I don’t know. And it makes me very uncomfortable.

This doll is cute and all, but like, way to play into stereotypes. This doll promotes the dangerous notion that all Australians wear khaki and hang out with koalas all day.

TBH I’m just surprised Frida wasn’t already a Barbie? Or at least Salma-Hayek-As-Frieda the Barbie. This Barbie’s lewk is great. I love the red flowers in her hair, the hoop earrings, and the necklace that appears to be a rope.

But I can’t get over the fact that she doesn’t have a unibrow. That’s Frida’s WHOLE. THING. You can’t just give your Frida doll Cara Delevingne brows and call it a day. If Frida included the unibrow in her own self portraits, you can include it in your Barbie. End of story.

Again, surprised by the fact that this wasn’t already a Barbie, but okay. I guess my only issue with this Barbie is that it’s almost TOO obvious a choice. Why not throw in a Countess Luann or something to keep us guessing?

Also how do we feel about the cut of these pants? I feel not great.

Katherine Johnson is literally the perfect candidate for a Barbie, especially one of the feminist Barbies. Historical—check. Trailblazer in her field—check. Black history icon—check. Played by Taraji P. Henson in Hidden Figures — check.

Okay so that last one isn’t a criteria for all Barbies (then there would only be one Barbie), but I love this doll. She has flexible arms for all the math she’s gonna do, a cute 50s outfit, and cat eye glasses. She’s like the original Barbie, if the original Barbie was a NASA engineer and not just some random blonde in a bikini.

Now THIS is Barbie, people! First of all, bold choice to pair an all-camo jumpsuit with a bright yellow snow jacket, and it is working. The hat will protect her hair from getting all fucked up the moment you touch her (Barbie’s fatal flaw), and the snowboard is the perfect accessory. You def might lose it right away, but her outfit is cool enough that it won’t matter too much when you do.

Y.E.S. Wow. Okay. I now see that all those other feminist Barbies were just practice for this Barbie, the perfect Barbie. Every inch of her is perfection. The little gloves! The jacket! The gold detailing!

Proud to partner with @Barbie this #InternationalWomensDay to show girls – YOU CAN BE ANYTHING!#Ad pic.twitter.com/nMdT7jMK8L

This absolutely has to be the coolest Barbie ever produced, and it is definitely the first one rocking a mohawk and lines shaved down the side of her head. Also, based on this photo, her arms are bendable so you can put her in knockout mode and have her kick the shit out of all your cousin’s Barbies next time she comes over.