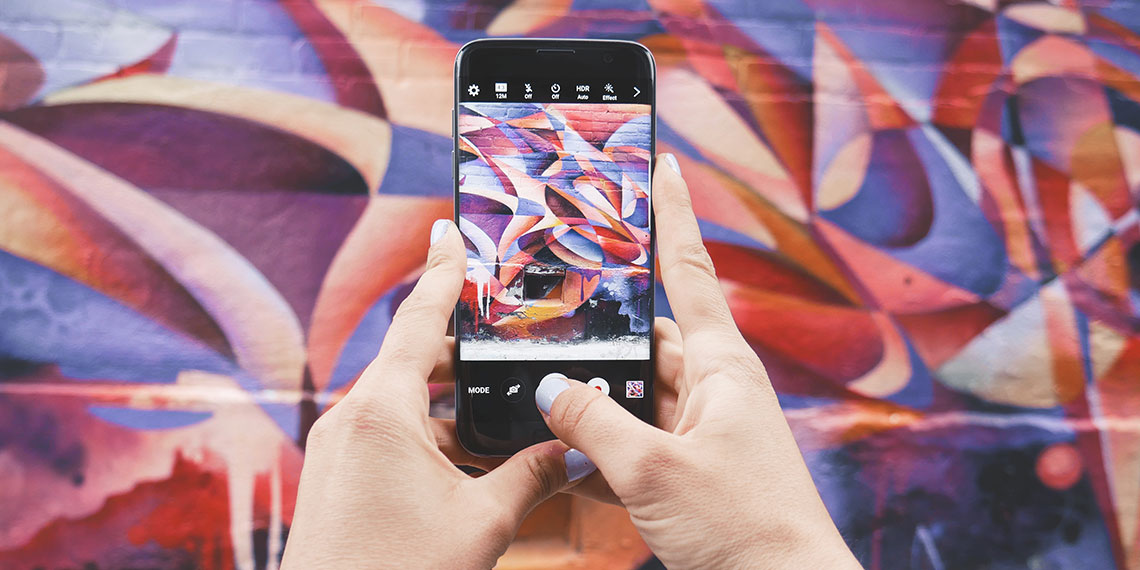 By now, we should really all understand that Instagram is not the place to look if you want an accurate depiction of how the world is. But just because we’ve trained ourselves to spot Photoshop Fails doesn’t mean people should be getting away with them. Clearly, Instagram is aware of the problematic culture it has helped to spread, and it’s interesting to see what steps they’ve taken to combat misleading posts.

In September 2019, Jameela Jamil announced she was working with the app on new restrictions surrounding the marketing of diet-related products. The measures announced at that time included blocking weight loss posts from users under the age of 18, and a commitment to removing posts that made false or unsubstantiated claims about weight loss. At the time, I was hesitant to be too optimistic about these seemingly tough-to-implement policies, but little argument could be made that the goals of the rules weren’t important.

But now, Instagram has unveiled another feature designed to shield its users from misleading content, and I have to be honest, I don’t really get it. In the coming days and weeks, they will roll out a feature that hides photos that are deemed to be digitally altered. Flagged photos will be hidden behind a big-ass black banner, and you’ll have to tap to confirm that you still want to see the photo. Kind of like how Instagram blurs out a photo in your DMs that randos send you, to protect you from seeing an unwanted d*ck pic.

The thing is, if I have to jump through hoops to see an Instagram model’s obviously Facetuned ass pic, that’s fine. But graphic designers and digital artists are worried that the new filters will affect their work, and that’s a valid concern.

A few days ago, artist Toby Harriman posted on Facebook about the first time he came across the new restrictions on his Instagram feed. When he tapped “see post,” he was surprised to see that the image in question was this:

Now, unless this guy magically booked a ticket to Thneedville to hang out with the Lorax, this picture is obviously Photoshopped… but that’s kind of the point? While millions of people are brainwashed into thinking the Kardashians actually look like the way they appear in photos in real life, I don’t think anyone over the age of five would look at the above photo and think these rainbow mountains exist somewhere on Earth. This is just one instance of the new feature in action, and it seems like it hasn’t been rolled out to most users yet, but there is already a good bit of room for error/pissed off people.

In the last several years, Instagram has become the easiest way for artists, both traditional and of the Photoshop variety, to show their work and grow a following. Like it or not, but in 2020, growing an Instagram following is directly connected to making money, and these artists rely on Instagram to get their work out there. Personally, I follow a lot of dedicated Photoshop accounts, and they put out some of the funniest, most original content on Instagram. To pretend that a photo of Meghan and Harry Photoshopped as punk rockers is harmful in the same way as false diet claims is just dumb.

According to a blog post from Instagram last month, the way in which their new policy works is pretty complex. Through a “combination of feedback from our community and technology,” photos thought to be “false or partly false” are sent to third-party fact checkers, who make the ultimate determination about whether there is misinformation happening. Of course, all of this is vague, but Instagram does say that they will “make content from accounts that repeatedly receive these labels harder to find by removing it from Explore and hashtag pages.”

So basically, one-time offenders will get their post marked behind that big black box, but repeat offenders can be cut off from some of the main ways that accounts grow and reach new followers. Again, this is fine for all the random girls in bikinis whose asses magically warp railings, but it’s pretty sh*tty if actual artists are going to see their accounts suffer because someone doesn’t understand the joke.

Again, the new restrictions are still in the process of being implemented, and as with all of these things, I’m sure that it’s going to take time to fine-tune the algorithm or whatever to achieve the desired effect. But I would hope that Instagram and its fact checkers air on the side of leniency for now, rather than block everything that comes their way, and subsequently ruin the growth of artists and designers who rely on the app to make money. As someone who spent an hour last week photoshopping Scheana from Vanderpump Rules onto the Mona Lisa, I really don’t want the joys of Photoshop taken away from Instagram. Punish the influencers, not us humble Photoshoppers!