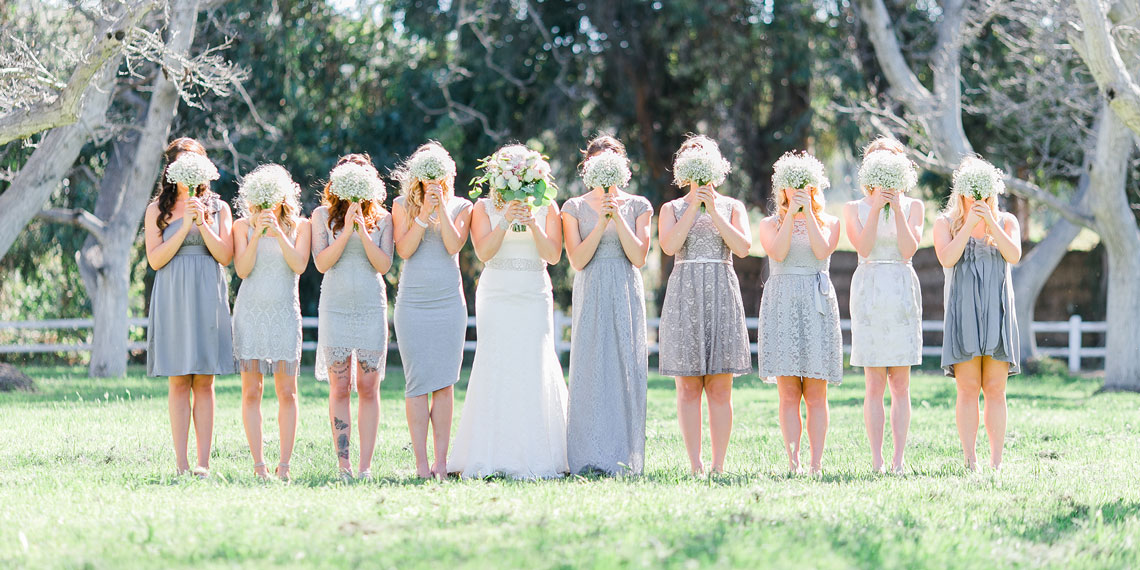 I really don’t understand the stress people put on themselves when it comes to weddings. It’s such a circus and financial burden on absolutely everyone involved. Even worse, it drives brides to go full-on batsh*t. I mean, I don’t think a wedding is entirely to blame. But I think if you’re like, bordering on crazy prior to wedding, the pressure will make you go full Chad Johnson. I love reading stories about brides losing it, though. It gives me sick pleasure, but then I also wonder what poor bastard proposed to these psychos. Well, this story I’m about to tell you is going to make you scream, “And I’M still single?!”

So our latest crazy bride posted in a Facebook group asking if she’s an asshole for trying to purposely sabotage her best friend at her wedding. She wants to make her best friend wear an ugly bridesmaids dress on purpose. I’ve personally worn many a hideous bridesmaid dress, but usually it’s because the bride has horrible taste, not sabotage. Choosing really hideous bridesmaids dresses means really hideous pictures, though. It seems like a waste.

But back to this bride. Apparently, her best friend is “significantly hotter” and even laments, “f*ck she is way too gorgeous”. Huh. I’ve literally never said this about a friend, but maybe because I’m not insecure?

The bride continues to say that four guys have used her to get to the friend, and she’s competed with her their whole lives only to “receive half the attention she does”. Ew. First of all, you shouldn’t compete with anyone, but especially not your friends. It’s weird and pointless. Also, it sounds like your friend isn’t competing with you. You’re in a sad, pathetic, one-woman competition. And you’re losing. What’s weird to me is this woman is getting married. So like, honey, you found a guy that clearly likes you more than your best friend! Why is this still an issue? And also, if this friend makes you feel so badly about yourself, why still be friends with her?

Well, Crazy Bride then says she “doesn’t dwell on it” (sure, Jan, you seem like you’re in a great place), and she loves the friend like a sister. Um? What kind of toxic family is this? Actually, it sounds a bit like my sister, but that’s neither here nor there.

Crazy Bride then plays victim about how hard it is for her to be less hot. She writes, “It’s gotten really frustrating after years of less-than-subtle people pointing out her good looks.”

Are you kidding? I feel bad for your best friend who probably has no idea what a jealous freak you are. Then Crazy Bride decides to justify her actions because, although it’s her insecurity, making the friend look ugly on her wedding is “cheaper than therapy”. I promise you dear, the problem is deeper than the bridesmaid dress, and you f*cking need therapy.

Crazy Bride then wraps up by posting the dress options. Because the friend “doesn’t look good in green” and “hates her (perfect) shoulders”, both dresses are scary, green, awful one-shoulder monstrosities. BTW, if the friend’s shoulders are perfect but she just hates them, you’re purposefully trying to make her feel insecure, too. F*cking gross. Also f*cking gross? The dresses. One is lime green and would be so insanely distracting in photos and definitely take attention from bride. The other looks like pajamas.

Here’s the full post and a look at the horrendous dresses. Yes honey, you are the asshole. You shouldn’t have any friends or be allowed to get married.

The funny thing about this is that if this bride does choose these dresses, she’s only shooting herself in the foot because she has to look at this eyesore in her wedding pictures until the end of time. Also? If the friend really is that gorgeous, she will probably look hot in anything. And finally, is is not a night out at the bar, it’s your wedding, OP. You are not even going to have time to eat, so I seriously doubt you will be able to field requests for your bridesmaid’s number. Just saying.

What are your thoughts on this? Have you ever been so jealous of a friend? What do you think the bride should do in this situation? LMK in the comments.