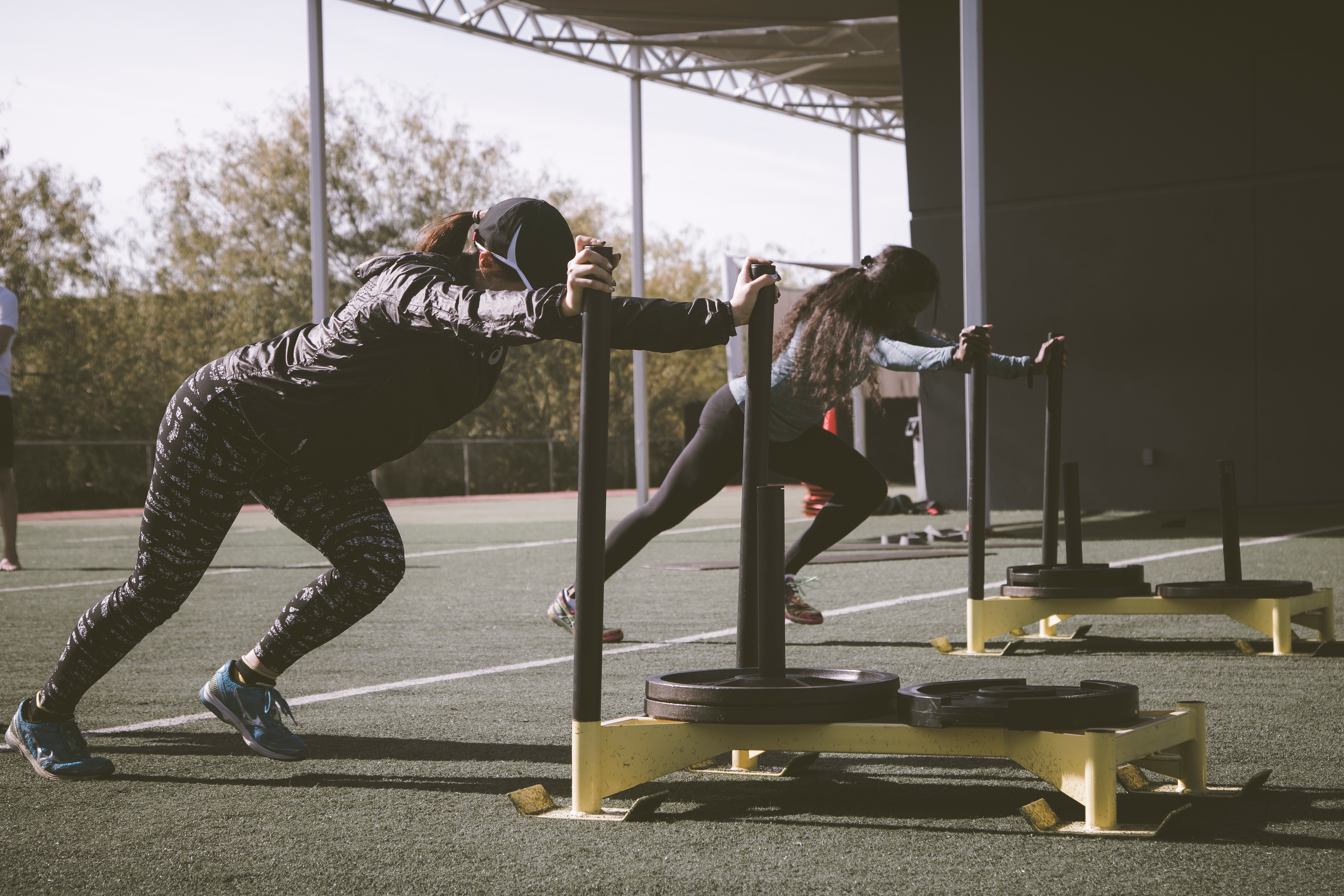 I Tried Tone House, The “Hardest Workout In NYC,” And Barely Survived

In a recent article about my experience at a Shock Therapy workout class, I referenced another traumatic fitness experience I willingly put myself through, and some people were curious to hear more. Well, actually only my boss, but whatever. If you clicked on this article, I’m guessing you want to hear about my suffering as well. Tone House had been on my list for a while, and when I finally tried it, I barely made it out alive, so excuse me if this recount of the experience is slightly distressing to talk about. Here’s how it went down.

First of all, Tone House is marketed as an “extreme, athletic-based” group fitness class that is supposed to “unleash your inner athlete.” Business Insider called it “the hardest workout in New York City.” Unfortunately for me, I was picked last in kickball throughout middle school, and that’s about the extent of my athletic past. I also think I played tennis on a date once. You get the point. Nonetheless, although I’m not an athlete,  I work out regularly and consider myself in pretty good shape, so I wasn’t that worried. I live in New York City and I’ve tried everything from Barry’s to CrossFit to boxing to legit barbell training, so I figured an athletic-style fitness class couldn’t be too hard.

So…. I was wrong. As soon as I got to the studio, which basically looks like a dark torture chamber decked out with black grass turf, red lighting, and jacked trainers, I knew I had made a mistake. Within seconds of class starting, shit got real. We started out in a huddle—I shit you not, a *team huddle*—where we made a bunch of aggressive noises, chanted something about “leaving it all on the turf,” and angrily high-fived each other. Then, the warm-up began and the hell ensued.

We literally ran around the room at full speed, galloping over hurdles and doing fast burpees in between cones. I thought about slowing down at one point, but considering there are people inches away from you, it wasn’t an option. Plus, the instructors are clapping in your face and yelling HUSTLE so you kinda have no other choice. Between the scary red lighting and the 50 burpees within the first five minutes of class, the whole warm-up was a blur.

Then, we got into the start of the real class, which thankfully included *taking turns* in our torture, so I actually had a minute to catch my breath in between rounds and try to forget about how nauseous I was. The workout included heavy sled pushes, bear crawls, gallops, more bear crawls, box jumps, more gallops, and this horrible sequence where we had to put our feet on gliders and do push-ups around the entire room while knee-tucking our way around the turf. For the record, I finally understand why bear crawls have that name. These regulars look like actual animals aggressively hunting their prey. I was both impressed and literally frightened.

At the end of the class, (which was only an hour but felt like a whole day), everyone got back in that goddamn huddle and chanted some shit about teamwork and hustling. I felt like I was cast in a dark Nike commercial by accident. By the time everyone high-fived me like we were on a summer camp color war team together, my hands were literally bleeding from the turf and I couldn’t fake a smile if my life depended on it. I must admit, looking back, it was slightly entertaining to see grown men clapping it out in an intimate sweaty circle. But then again, maybe that’s just a sports thing.

But wait, the story doesn’t end there. The worst part of the whole thing is that as I walked out, promising myself I’d never go back, some hot blonde instructor in the locker room (who also happens to be Amy Schumer’s personal trainer) told me it gets easier the second time. I decided to believe her and I showed up for my second class a couple weeks later. I guess my inner athlete still didn’t feel like showing up that time around because it turns out it wasn’t easier AT ALL. In fact, I actually feel like I’m gonna vom by just remembering those post-class feelings. Do they call those endorphins?