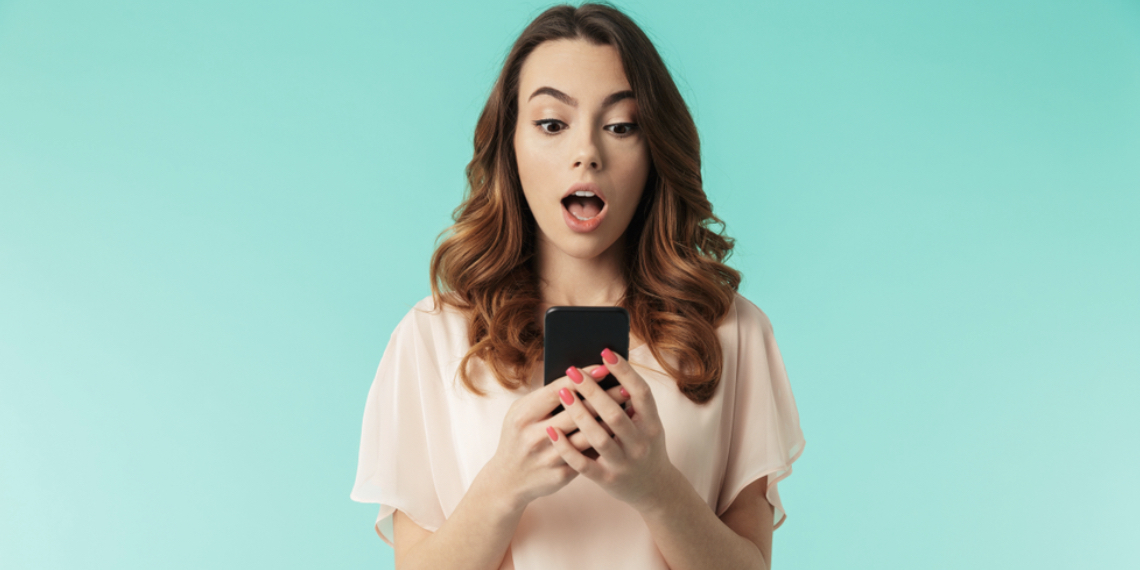 If you have working eyes and ears, then you probably already know that the internet is freaking tf out over Netflix’s latest hate-watch Tidying Up, which is all about the KonMari method of organizing. The revolutionary tidying method that involves rolling your frat formal T-shirts (because, yes, I still have those at 27 years old and, YES, they still bring me joy) instead of stacking them is the one that’s sweeping the nation. Never mind that my mother has been telling me to roll instead of stack for the last 15 years of my life. If she wanted me to actually follow that piece of advice then she should have told me how well that content would perform on my IG stories. Just saying, mom!!

In addition to rolling our clothes, Marie Kondo, the mastermind behind the tidying method, also wants us to throw out all of our sh*t unless it “sparks joy in us.” To which I’d just like to say, CHALLENGE ACCEPTED, MARIE. Look, just because I own all seven seasons of Buffy The Vampire Slayer on DVD when I do not own a device with a DVD player anymore doesn’t mean those DVDs don’t spark immense joy in me anymore!!

That said, Marie Kondo did get me thinking about if I could apply the KonMari method of tidying to other aspects of my life. Just because I’m not ready to throw out the Kappa Sig Semi Formal T-shirt from 2012 doesn’t necessarily mean I’m not ready to throw out the former Kappa Sig frat member who gave me said shirt from my phone book, right? So, in the spirit of Valentine’s Day I decided to use the KonMari method for organizing the men in my life, specifically the ones still wasting space in my contacts list, to see if it would bring me joy or just bring me more homicidal feelings by having to look at their names again.

For the sake of time (I assume if you’re reading this you probably don’t have the next 1,000 hours free to analyze my love life, no?), I’m only going to touch on a few of the men who inhabit my phone. I’m going to organize them by name, how we met, amount of time he’s been in my phone, if he still sparks joy, and finally where I landed on it all. I promise it will only slightly feel like you’re being emotionally waterboarded. So let’s get started!

How we met: College. I had to go back into the catacombs of my contacts list to the very first f*ckboy to ever wreak havoc on my life, Jake. A little bit of background about Jake: I met him in college when he was rushing a fraternity. His favorite hobbies included reading Fight Club and Zen and the Art of Motorcycle Maintenance and then talking about said books as if he were the first white male in a polo to ever do so. His other favorite hobbies included listening to sad country music and dumping me in public places. Damn, I had great taste!

We were on and off throughout college despite the fact that he once dumped me on my birthday, mid-throw in the middle of a beer pong game. I hadn’t heard much from him post-college until his satanic 6th sense for my emotional well-being caught wind of me engaging in healthy romantic behavior and he decided to hit me up via several phone calls between the hours of 11pm-3am. That’s sort of been our relationship ever since.

How long he’s been in phone: 9 years *shudders*

Does his number spark joy: Hmmm. Does hating myself for 48 hours after drunk dialing him count?

Final verdict: Delete, delete, DELETE and maybe call the goddamn police. Tbh, this one was long overdue. I kept his number in my phone for so long mostly to remind myself that I’m better than him and to have on hand just in case. You know, just in case I blackout at 1pm after brunch on a Saturday and want some attention. We didn’t even live in the same state for years so I always thought “what’s the harm?” As if shame-spiraling for 72 hours after any contact with this person is not harmful. No no no no. Time to go. BYE.

How we met: Tinder. Y’all say what you want about Tinder being a hookup app, but I’ve gotten way more dates off this app than any other one. Andy and I met when I first moved to New York and was living in a self-proclaimed “heartbreak hotel.” By “self-proclaimed,” I mean me and my roommates at the time made a group Twitter account to document our love lives and thought this was going to be our big break. To this day I think we have approximately 200 followers on that account.

Anyway. Moving on. Andy and I dated for about 4 months. And I don’t mean we “dated” between the hours of 8pm-2am, Thursday-Saturday. I’m talking about an almost-relationship here. We went on movie and dinner dates, and I spent enough time at his apartment to warrant having a spare set of contacts in his bathroom—it was that legit. The relationship ended, however, when I had the audacity to DTR right before Christmas break and he disappeared off the face of this earth. Seriously. I’m still thinking about putting his face on a milk carton.

How long he’s been in my phone: 1 year

Does his number spark joy: I have more joy for fat free ranch than I do for this person.

Final verdict: Delete. This one was pretty easy to get rid of. Looking back, there wasn’t a whole lot of heat in our relationship. I think his most appealing quality was that he took me on dates and, for the most part, treated me like a human being with actual human feelings. I was just starting to like this guy when he went into witness protection (I assume) and we weren’t together long enough for me to really get hurt. He doesn’t bring me joy or even mild excitement at the thought of him sending me a “u up?” text out of the blue, so I guess that’s when you know it’s really over.

How we met: A bar. This guy I met after day drinking for six hours in the West Village and then decided to keep the buzz going into the night. I was hammered and he was very cute and it took me at least three outings that were very similar to the first one before realizing that the reason we always met up at the same bar is because he literally couldn’t get into any others with his ID. I believe his exact words to me when I questioned him about his age were: “I’m basically 21.” When he found out how old I really was (24 at the time), he was a bit too enthusiastic over our age difference. Though I wasn’t even old enough to rent a car, he treated me like I was a goddamn Mrs. Robinson and would say things like “teach me” in the bedroom. Did this stop me from hooking up with him for the rest of the summer? Absolutely not. We cut things off when he had to head back to school early for lacrosse pre-season training. We still Snapchat each other occasionally.

How long he’s been in my phone: 3 years

Does his number spark joy: Only in the amount of jokes I’ve been able to tell from the line “basically 21.”

Final verdict: Keep. I mean, why not? Maybe when he finally graduates college we can grab a beer with the ID that has his legal date of birth. Nate, if you’re reading this, call me!

How we met: Tinder. I’m not even exaggerating when I say this is verbatim how his name is written in my phone. I believe our relationship lasted for about three days in the summer of 2015 where we exchanged  Snapchats and he asked me to come “sit on his stoop.” I have a feeling he wasn’t talking about the beautiful architectural masterpiece he inhabited in Bed Stuy!

Does his number spark joy: Lol is this a real question? His number holds about as much sentimental value to me as the extra sock I found in my dryer the other day.

Final verdict: Delete. His number was the cockroaches of phone numbers because it somehow survived two stolen phones and a iCloud memory wipe. Suffice it to say, I shed no tears getting rid of his stoop-sitting ass.

How we met: Tinder. Just to clarify: yes, I did meet two different Andy’s on Tinder and date them. I’m saying “Andy 2.0” like he was the better Andy, which is absolutely not true. He was just the second Andy I dated in the span of two years. This guy was interesting because, though I met him on Tinder, he was vouched for my a friend of mine who’d grown up with him. This made me believe that he was not a piece of sh*t when he really, really was. About a month in I realized he was definitely only in it to hook up (and on his terms only) and so I tried to do what Andy #1 did to me: ghost him. It did not go well. If I ignored his texts he would hit me up in earnest for weeks with “I miss you” and “u mad?” and “I just want to see you”. IF I would fall into his trap and meet him for a drink, he would immediately bring up going back to his place because didn’t I want to see the view from his new apartment? Once we’d hook up he’d disappear into the ether for 2-3 months with his views of my IG story the only indication that I hadn’t made him up. Rinse and repeat for two f*cking years.

How long he’s been in my phone: 2 years

Does his number spark joy: His number certainly sparks something in me. But it’s less of a joy feeling and more of “set fire to everything he knows and loves” feeling. Ya know?

Final verdict: Delete. Why I kept this guy around for so long is really just a testament to how low I’ll stoop for attention. Thank u, nextttttt.

So there you have it. Do I feel happier now that my phone is a little more f*ckboy free? It’s hard to say. I certainly feel less of an urge to set fires so, that’s something right? I’ll take it.

*All names have been changed to save them from public ridicule. (Not that they deserve it).