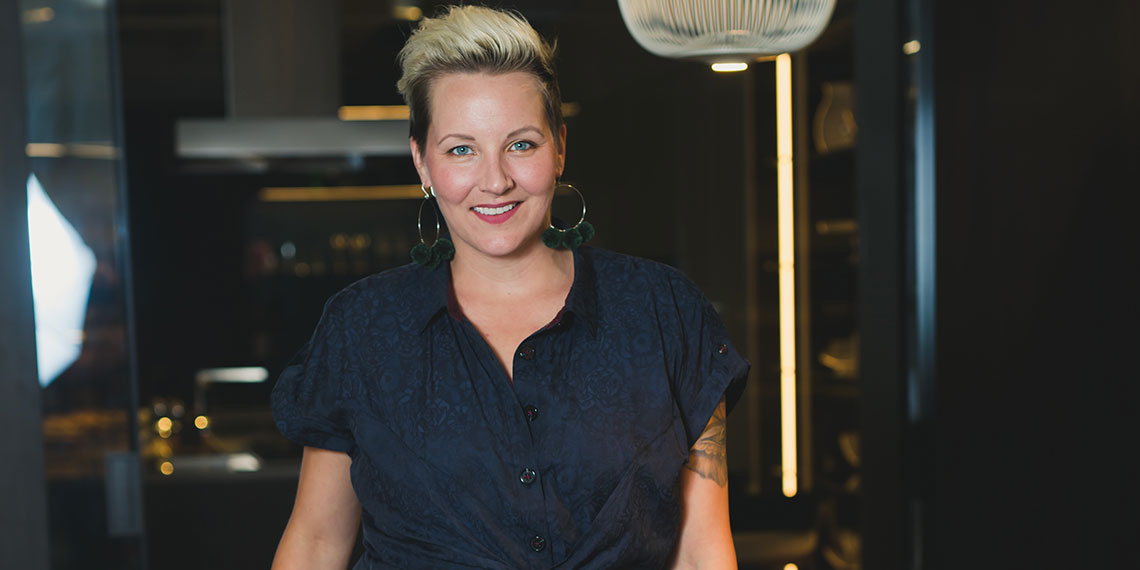 I was shopping for my honeymoon when the doctor called with a cancer diagnosis.

It was supposed to be one of the most exciting days of my life. I had just moved from my fab fashion life in New York to Denver, Colorado with my boyfriend. We got engaged shortly after the move, and it was exciting to be sharing this phase of my life with someone I loved deeply. I didn’t own a single piece of clothing that fit a Mexican beach vacation, so my Mom and mother-in-law-to-be were treating me to my bridal shower gift: a shopping spree for our honeymoon. And then the phone rang.

It had been just weeks earlier when I found a lump while I was in the shower (actually checking in on a pimple that was in my armpit). It was the slightest touch of my wrist that rubbed up against the inner part of my breast that said to me, “that wasn’t there before.” So I called the doc. I was still running around like New Yorkers do, business meetings here, plane there, business meeting there…so of course I did what any young person would do and called to reschedule my appointment so I could take a few more business trips to further my career. When I called to reschedule, I was given a choice: wait four weeks, or come in the following week for an appointment with the PA instead of the doctor. I took the early appointment. To this day I am thankful for this spur-of-the-moment decision, because, well, it saved my life.

My appointment started out pretty typically. Knowing I had just seen the doctor a few weeks before, I thought, “this is more than just being cautious, this is actually extreme precaution—maybe even frivolous.” Even though I felt a little silly, I went because just months earlier my bestie and my little sister called their doctors because they had lumps in their breasts, and thought since they did it, I should too. (They were told they have dense breasts, like many young women do, and that there were no concerns, but to keep an eye on something that felt out of the ordinary.) But this lump felt “weird” to me. I had never felt something like it—it was like a pea was growing in a pod under my skin, not hard like a pimple, and the overall texture and feeling was just odd.

The PA reassured me, several times, that since I was just 27 years old, there was only a slim chance that there would be anything wrong, and that as a young woman we tend to have dense breasts, and that can feel like a lump. But in this case, due to the lump’s location and feeling, she wanted to send me for an ultrasound, which led to a mammogram, which led to a needle biopsy, which led to a call from my doctor on the eve of my bridal shower and my 28th birthday. Even though I was reassured countless times by different professionals, “don’t you worry, it’s probably nothing, you’re so young,” I did get that dreaded call that nobody ever wants to get. I had cancer.

I was only 27 years old. Suddenly I had breast cancer. Would I even be alive to get married to the man that I love? My head was spinning, my world went black…I was now a cancer patient.

My cancer, although caught early, was very aggressive. I was diagnosed with invasive ductal carcinoma, stage 1, HER2+. My options were limited and aggressive, but they would hopefully save my life.

I had a mastectomy on my infected breast, and because the likelihood of cancer returning was high, I made the very painful choice to remove my healthy breast by getting a preventive mastectomy. I also chose to undergo breast reconstruction after getting my breasts removed. My wedding was postponed for a year—I wanted to get all my treatments done in time so my fiancé and I could celebrate our new life together.

New to the AnaOno Community? ⁣⠀ ⁣⠀ Meet @DaynaDono: AnaOno’s fearless, badass, inspirational Founder and CEO.⁣⠀ ⁣⠀ Dana was diagnosed with Ductal Carcinoma on her 27th birthday. She began to design the first pieces for AnaOno out of her own necessity and desire for pretty, sexy, beautiful lingerie during a recovery period that was everything but.⁣⠀ ⁣⠀ She made it her mission to design specifically for those who’ve had breast reconstruction, breast surgery, mastectomy, or are living with other conditions that cause pain or discomfort because she believes that comfort should not be a compromise.⁣⠀ ⁣⠀ via @inkedmag

My mastectomy was tough, my treatment was tough, and I experienced many changes in my life, my body, and my mind. Cancer treatment took a huge toll, and I fought as hard as I could to get through it. After my mastectomy, my life changed again. I was in pain from the aftermath of removing my breasts and replacing them with new ones. My range of motion was limited and working out became an additional challenge. I loved lifting weights and dancing, two things that, after surgery, became more trouble than they were worth. It took months, even years, to recuperate. Coupled with the side effects from medications prescribed to me, I found myself searching for what would be normal in my life, trying to navigate both pain and fatigue but keep going every day.

That’s when I realized that cancer was more than just chemotherapy and surgery. It was going to affect many other aspects of my life. Beyond just losing my hair, gaining weight, and losing weight, cancer affected my wardrobe, too.

All I wanted was to feel like myself again: to feel strong, to feel empowered, and to feel beautiful. But wearing the clothes I formerly loved to wear was tough—nothing fit me the way it used to. And a big part of that was because I couldn’t find a bra that fit and was not uncomfortable, ill-fitting, or painful. I found myself dressing differently because I was covering the neon green straps of my sports bra in board meetings. I started to lose myself and my identity because I couldn’t express myself in the ways I was used to. No hair, no eyebrows, no breasts, and now this.

I woke up in the middle of the night after my final reconstructive surgery and realized that dressing myself every day had become depressing, and I was making depressing wardrobe choices because I couldn’t wear a bra that fit me. So I took my years of fashion design experience, pulled out my sketch pad, and started designing bras that would work for my new body.

From that, AnaOno was born. I wanted other people to know that even though cancer took our breasts, it wouldn’t take our personality, self-expression, and fashion from our lives too.

We need YOUR feedback! ⠀⠀ ⠀⠀ We are putting together a guide for FRIENDS and #CAREVIVERS of the breast cancer community, and need YOUR help. ⠀⠀ ⠀⠀ Comment below something a friend did for you during your diagnosis, surgery or treatment that made you feel extra taken care of, extra special and extra loved on. Did they make you laugh during one of your chemo treatments, clean your house every week for you until you got your movement back? How did she (or he!) make you feel like you were #neveralone? ⠀⠀ Tell us below. ⠀

Now, almost 10 years after my mastectomy, I have been designing bras, loungewear, and swimwear for others that have had breast surgery, often related to a cancer diagnosis, or who are living with chronic pain. Intimates that help keep women confident, proud, and even sexy! Because I felt so alone, living with breast cancer as a young woman, I wanted to use my skills and talent to help make life better for others just like me. I also work as a patient advocate and have helped shine a light on many topics that are often brushed under the rug, from sex and intimacy after a cancer diagnosis, to dating without nipples, to finding confidence after reconstruction. Getting the opportunity to open the door to these tough but important conversations has been what keeps us going not only to support our community but to engage newly diagnosed patients on a level that affects all of us so intimately. I just want people to know that whether you have one breast, two breasts, new breasts or no breasts, you are never alone.