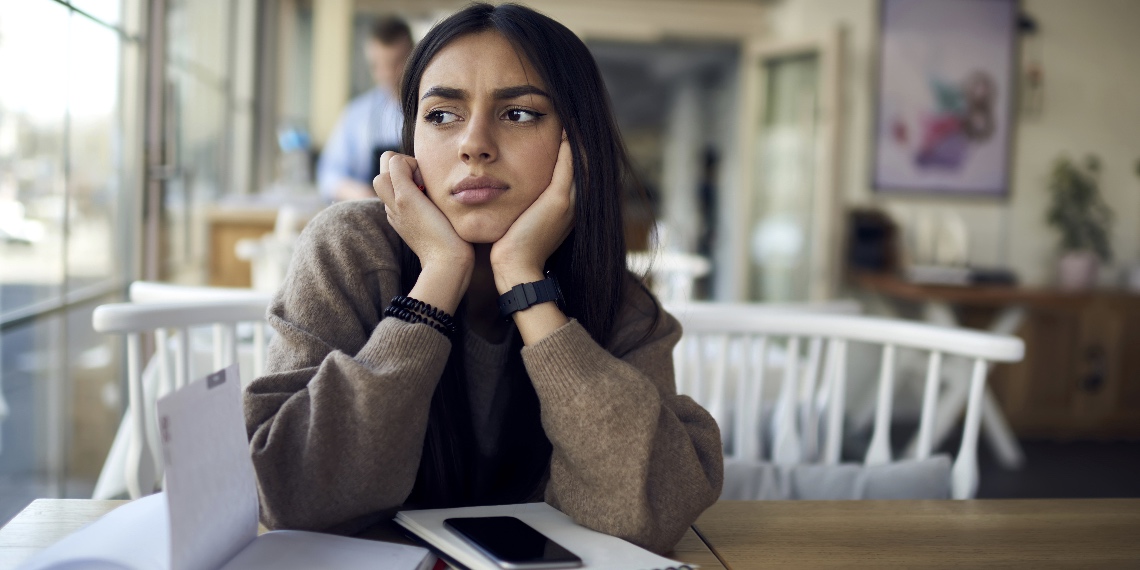 I Asked Guys Why They Ghosted Girls They Were Dating

If you’ve ever played the dating field at all, you’ve probably been ghosted before. Or ghosted someone. Or both, because ghosting doesn’t discriminate based on gender. This article isn’t here to sh*t on ghosting or call you a horrible person because everyone (*cough cough* me) has done it at some point, and sometimes it’s justifiable to switch out of your classes and, um, order Seamless for a month to avoid all possible contact with a guy you no longer want to see. Right. Moving on.

Let’s be real though, ghosting is kind of a coward’s way out. It feels pretty awful to get excited about a guy and then suddenly realize that when he said “let’s definitely do this again sometime!” that was a total lie, because you’re never going to see him again, because suddenly he’s busy with “work” aka hitting random girls on Instagram and matching with your friends on dating apps, where he’s still active.

If you’re like me and have to find an explanation for LITERALLY everything, then you probably lie in bed at night and think wtf what wrong. Because I was curious, I asked a bunch of my guy friends about why they ghosted girls. So here are your answers, ladies! *Spoiler alert* it’s definitely not you.

“I Didn’t Even Know I Ghosted”

“I don’t want to close the door but I also don’t feel like texting her every day so…I kinda just stopped texting her. I mean I didn’t even realize I was “ghosting” her per se, but later I found out this girl was kinda pissed…So then I wished her happy birthday. Which made her more angry, weirdly…” –Just-Trying-To-Keep-Things-Casual Bro

“She didn’t smell good. And it was awkward to talk about. So I just kept inviting her over until finally I had to block her on my story and hide from her.” –TMI Bro

“If you actually have a conversation it admits that the hookup was significant enough to warrant a discussion, instead of a casual “thing” that can eventually end when you stop talking.” – Facts-Are-Facts Bro

“It was only partial ghosting!!! I mean I’d still text her like Thursday through Sunday…yeah, so like a booty call.” –In-Denial-He’s-An-Ass Bro

“You have too many options so why bother committing to one.” –God-Complex-Athlete Bro

“They Were All Annoying”

“I went on like a million coffee dates before my last ex-girlfriend and every girl would only talk about herself or how much she hated one of her best friends, and I just couldn’t deal with that level of craziness.” –Overly Charming Bro

“IDK What You’re Talking About”

“I would never do that.” –I’m-Dating-Your-Best-Friend Bro

“I just OBNR her on Snapchat. Why? Um, because I’m bored?” –Still-In-High-School bro

If you didn’t get the last one, you’re probably too old and yeah, the way the teens use social media these days makes no sense to me either. (ONBR means “open but not respond.) So long and short, guys are cowards and like to play the field too much. Shocker, boys are scared man-sluts. Great. It’s not a news flash that ~ millennials ~ hate confrontation, but it’s still kind of sad no one’s able to have serious conversations anymore.