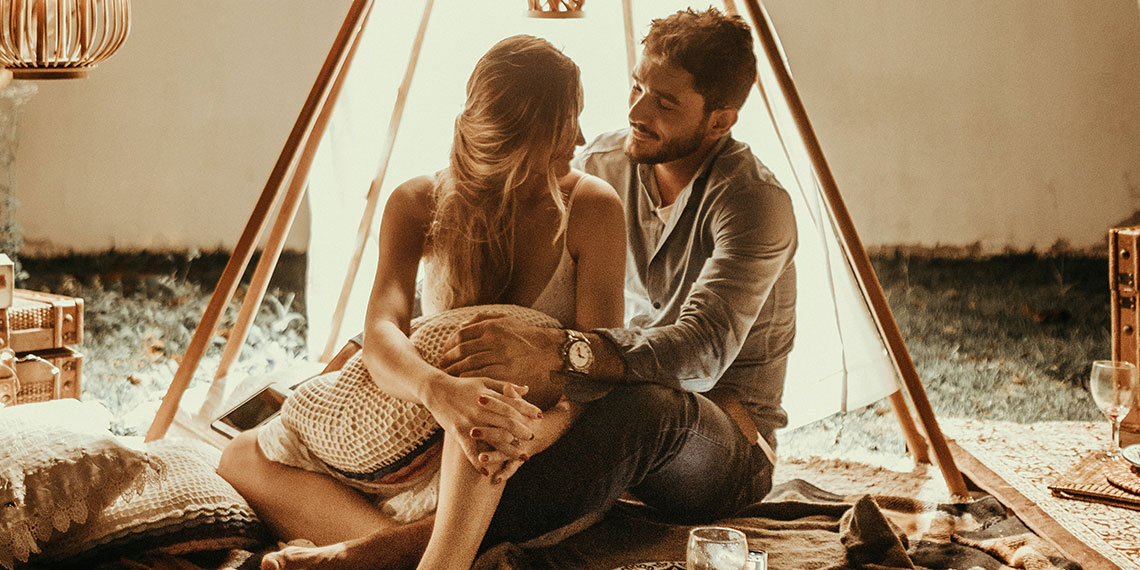 Quarantine has been hard AF. As a single twentysomething who’s been watching an endless Instagram reel of friends and acquaintances getting engaged, it’s been especially hard. (Can I get an “AMEN?”)

A month into quarantine, I met a guy at the dog park where I take my dog. Our dogs got along well with each other, and he seemed nice enough. He wasn’t exactly my physical type, but he was one of the very, very, very few guys with whom I’d gotten the chance to interact in any way since the pandemic started. So after some friendly flirting and playing parents to our dogs, I gave him my number and texted him just a few days later, asking if he wanted to go hiking with me.

We started to hang out once a week, and once a week quickly turned into almost every day. It was easy to fall into this routine because, well, quarantine, and there wasn’t much else to do.

There was a point, though, when our relationship began to feel less like “He’s ~The One!~” and more like “he’s just the one for now.” Three months into dating, right after we’d made it official, we took a little getaway to an Airbnb in a Texas country town for a couple of nights.

A romantic getaway with just us two gave me space to ask myself some valuable questions that made me realize my quarantine boyfriend wasn’t my forever guy. Here are those questions:

Do you text him when you’re bored, or are there personality traits of his that you genuinely like?

Miss you, love you | by @kayyorkcity

If you have any of the following thoughts before you text him (or anything like these), you’re probably just dating him because you’re bored in quarantine:

UGH, I need attention. Lemme hit him up.

I feel lonely, so I’ll hit him up.

If there are things about him that you like, take note of those, either mentally or create a list. I know lists aren’t the most romantic things, but they’re super helpful!

After I dumped my quarantine boyfriend, I made a list of qualities that are important to me in a boyfriend. I keep it handy and I know it’ll help me attract me a guy that’s a better fit for me next time.

What kind of thoughts do you have about him when you’re not together?

While I was dating my dude, I would sometimes tell myself: “I’m just dating him until I can find someone better.” I actually caught myself having this exact thought while doing yoga on the porch of the Airbnb. It was a wake-up call. I know I’m not the only person in the world who’s ever had this thought, either.

The problem is that if you’re having these thoughts about the person you’re dating, it isn’t fair to them—but it isn’t fair to you, either. You’re wasting their time, and you’re wasting your time by spending time with them when you could be opening your heart up to someone else, or just feeding your own soul.

It takes a certain type of self-awareness to be able to figure out whether you’re dating someone out of like, love, or loneliness. So pay close attention to your thoughts. And if you’re feeling anxious, if your mind is racing at 100 miles a minute in quarantine—which is normal—then listen to your gut.

Close your eyes and take a few deep breaths. Can you see a future with this person? When the head can’t sort things out, it’s time to listen to the heart. Everyone has an intuition—and while some have stronger intuition than others, there are things you can practice to feel closer to yours, like meditating on it.

What do your friends think of him?

this is the real test of cuteness | twitter credit: @loadingrebrand

When my friends met my ex-boyfriend, they threw some challenging questions my way. They made good points: that I didn’t seem super excited when I was around him, and that I looked more interested in the hot guys walking past us at the dinner table than the guy I was with.

At first, I resented my friends for giving me such, er, unfiltered advice. (But if they don’t give you the realest advice, are they even your friends?)

After sleeping on their advice, though, I realized I resented it because it was true. And that maybe, just maybe, I had been in denial for months, lying to myself that this guy was, in fact, ~The One~, when my heart had been telling me all along that I was just using him to pass the toughest months of quarantine.

TL;DR: If you have to ask yourself if you should dump your quarantine boyfriend, the answer is probably a resounding yes. And when you do, you’ll feel happier, freer, and able to give yourself the time and space to reflect on the following question: What kind of partner do I really need?

Sheena is a yoga teacher, women’s spiritual dating coach and freelance writer. Originally from New York, Sheena used to be a dating writer for Bustle. She lives in Austin, TX with her dog Malcolm - and when she’s not helping women gain the confidence to date non-f*ckboys, she spends her time hiking and doing yoga. Follow her on Instagram @thatbrownyogi.