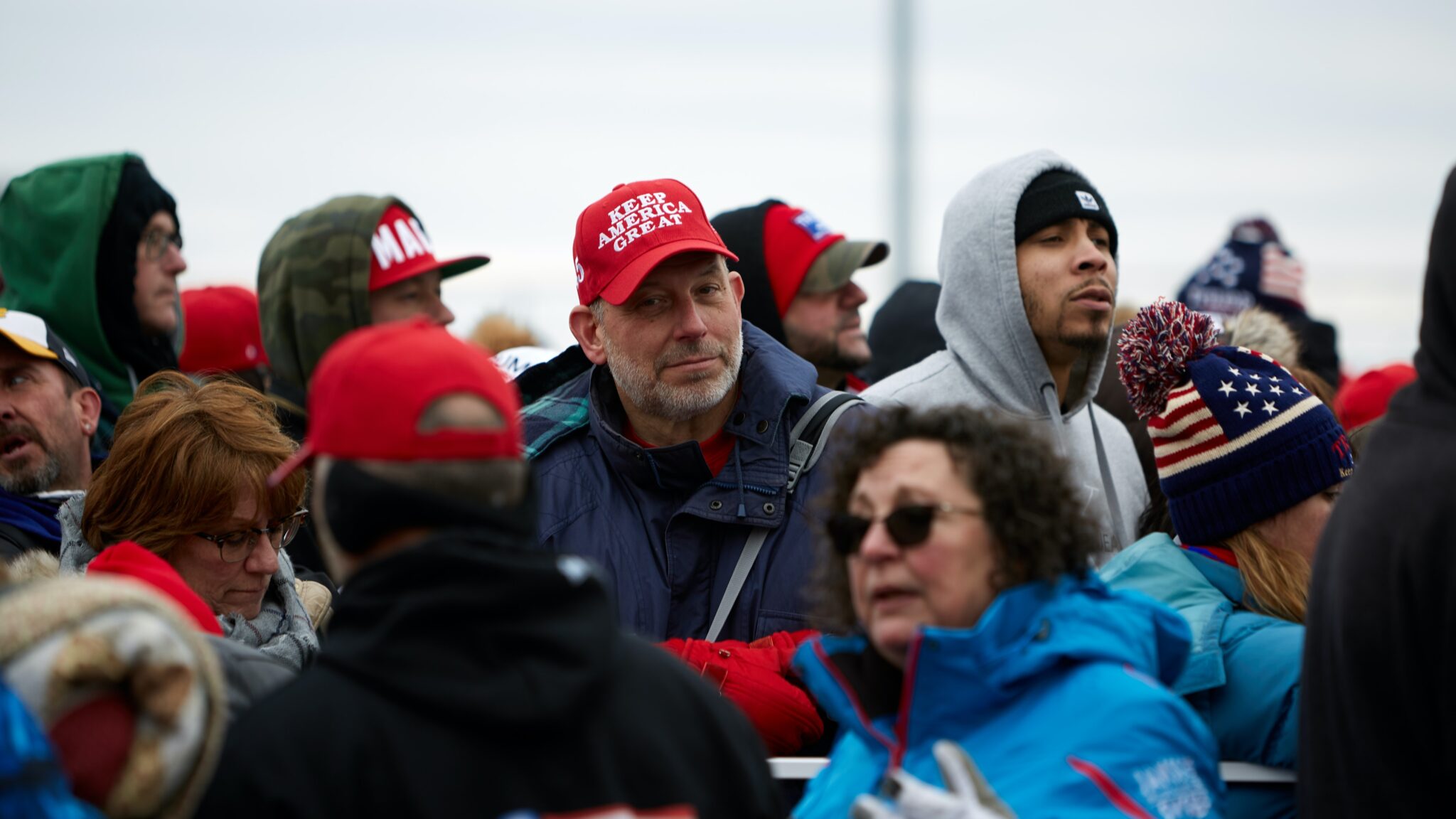 As a political science student who wants to write about politics for a career, Thanksgiving (and any family event) is a minefield for me. Not only do I have to tell my family (again) that I am still single, but conversations about whether I have a job plan for after I graduate automatically link to politics and vice versa.

Like it is for many people, talking about politics with relatives is really hard for me. Some of my family members voted for Trump or didn’t vote at all, and as a very vocal liberal, this makes for some… difficult conversations. As easy as it will be this year to get in a drunk screaming match over Zoom with your relatives or to just hit “end call,” a big part of practicing allyship is talking about important issues with people who disagree with you. That said, here are some tips for staying chill when politics comes up over the holidays.

Do: Listen To Them Speak

If there’s one thing that everyone hates, it’s being interrupted and feeling ignored. Many Trump supporters tend to say that they like Trump because he understands that, and they think that he gives them a voice. That said, interrupting your relatives and calling them stupid (no matter how badly you want to) will not lead to any sort of calm or productive conversation.

Listening to them also gives you the chance to collect your thoughts and form an appropriate response. I’ve found that the people in my life who vote for Republicans or support Trump tend to either say that they like him because he is “real” or they grasp at the same four or five reasons for supporting him. When you actually pay attention during these conversations, you’re in a better position to point out to the other person why they’re wrong or misinformed.

Don’t: Talk Down To Them

“Are you f*cking stupid?” is kind of my go-to catchphrase, so this is a hard one for me. However, using incendiary language puts you in the position to both stoop to their level and makes it so that they’re way less willing to communicate with you. Some alternatives to asking this question are: “I read something different about that, where did you get that information?” or “I could see why you would interpret x that way; however, here’s what it really means.”

Do: Debate Belief Systems, Not Individuals

When someone starts using language or saying things that you’re uncomfortable with, it’s essential to stand up for yourself and explain why they’re in the wrong. What I’ve found, though, is that you very rarely will have a productive conversation after calling someone racist/xenophobic/sexist/etc.

You’re more likely to actually make progress when you question the belief and say something like, “What you just said is actually founded in a racist belief and it really upsets me to hear you say that.” While your relatives are still going to be super defensive about that, it’s even more likely that they’ll be open to a conversation if you go this route.

Don’t: Start Yelling Back At Them

I was an overnight camp counselor for three years, and one thing I quickly realized (but still haven’t totally mastered) was that my campers were significantly more likely to listen to me if I spoke quietly than when I was screaming at them to just get the f*ck in bed.

As someone who is sometimes known for having a ~bit of a temper~ and also cries when I’m mad, this applies to almost every argument I’ve ever been in. There’s nothing worse than being called crazy or overdramatic, and even if you’re rightfully upset, this is a common tactic that (mostly male) older relatives love to resort to.

When you sense that tensions are rising and you’re trying to avoid bringing the energy to a 12/10, just start talking quieter and more slowly. I know that I just said to not talk down to them, but I literally love explaining things to Trump supporters like they’re in kindergarten because, at the end of the conversation, I’m the one who keeps the higher ground.

Do: Know The Difference Between Policy Disagreements And Fundamental Differences When It Comes To Values

In the weeks leading up to and since the election, I saw a wave of “moderates” in my life post Insta stories that said, “We can disagree on politics and still be friends.” Like, at face value, that’s an excellent point. However, it seems like there may be some misunderstanding about what qualifies as politics and what qualifies as, like, necessary empathy and respect for human dignity.

I’m all for talking through policy disagreements, and I can totally respect people challenging my beliefs. When I say that, though, I’m talking about issues like local tax levies, infrastructure proposals, zoning laws, etc. However, most of the time, when we think about family fights about politics, these aren’t the issues we’re talking about.

If it gets to a point where you’re arguing with a family member about systemic racism, discrimination, LGBTQ+ rights, and health care access, you’re no longer talking about politics. You’re now in a debate over fundamental beliefs about human rights; this is where things get complicated, especially after half of a bottle of wine.

Do: Know When To Draw Boundaries

Whether you’re planning a Zoom call with your whole family (good luck) or are keeping it to just your household, this holiday season will likely be a little tenser than ones in the past. If you know that a political argument is likely to break out during dinner, coming in with a plan is really important. Know your sh*t and have some essential facts at the ready, but also know what topics will get too heated and should stay off-limits. It’s also beneficial to talk to relatives that you know have similar views to make sure you’re comfortable defending each other and on the same page.

With the clusterf*ck that is 2020, the silver lining of a Zoom Thanksgiving is that you can hit “end call” or fake a poor network connection at any time—especially if you’re being disrespected and invalidated by people who say that they love you. However, a big part of allyship means having these hard conversations with relatives. Even if you can’t change their mind, half of the battle encourages them to second-guess their own beliefs.