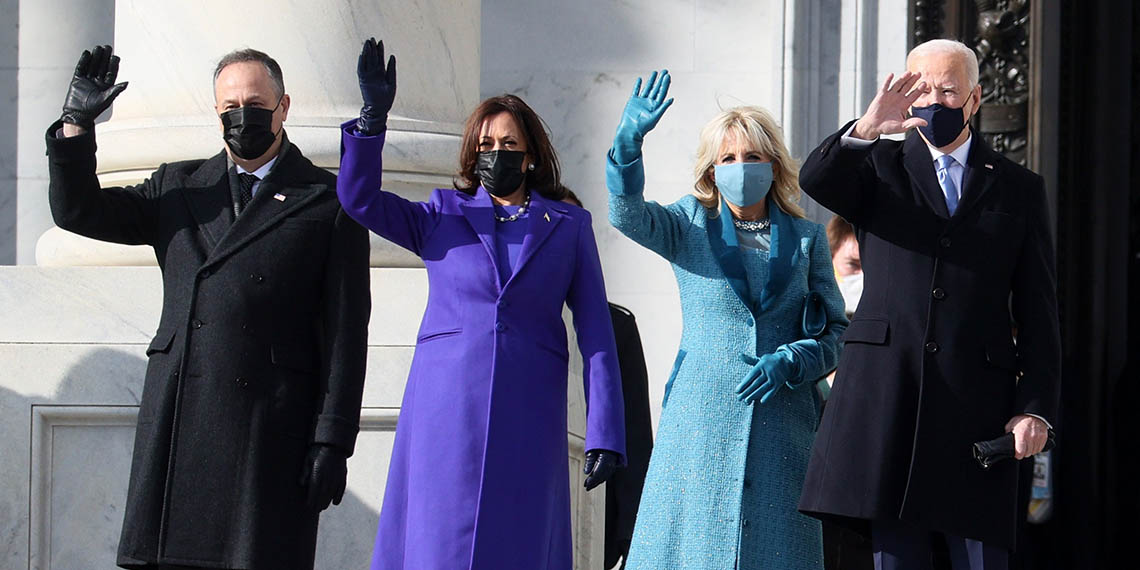 How To Talk About Female Politicians’ Outfits Without Being Sexist

As we round the corner into year two of These Unprecedented Times, the boundaries of weeks and months feel like they have less meaning than ever. Though it feels like Joe Biden became President ages ago, it’s actually only been like, six weeks since Inauguration Day, and I’ve still been thinking about it a lot. Do I need to get a hobby? Maybe, but that’s a topic for another day. From Bernie’s mittens to J-Lo’s “Let’s Get Loud” reference in “This Land Is Your Land,” Inauguration Day was amazing, but it also solidified something that I’ve been thinking about even more this week, now that we’ve entered Women’s History Month: we need to have a discussion about the way we talk about female elected and public officials.

Considering the unreal outfits on Inauguration Day, I totally understand how easy it is to direct our attention to clothes and miss some of the important and substantive moments. Inauguration Day was a historic moment that symbolized huge progress for women and feminism, but even with that in mind, so much of the conversation focused on clothes and other superficial things, totally missing the mark. While nothing can take away the strides we’ve made in terms of feminism, it isn’t helpful when we fall into sexist tropes of reducing women to their appearances, even if we aren’t doing it intentionally.

This article from Today that covered what the Vice President’s family was wearing on Inauguration Day is a prime example of reducing women to their clothing and appearances. It goes as far as mentioning Ella Emhoff and Meena Harris’ outfits, without even referencing either of the women’s incredible backgrounds. Emhoff, Harris’ stepdaughter, is a student, model, and designer. Meena Harris, our VP’s niece, is an activist, author, and the founder of the Phenomenal Women Action Campaign. The one-dimensional coverage of these women who are honestly really f*cking cool does a huge disservice to not only Ella and Meena, but to the people who are just now learning about them.

This post from Insider does a better job of covering the inauguration looks, as it does reference some of the meaning behind the outfits, but it still places significantly more emphasis on the looks themselves than the greater significance. There were countless articles, viral tweets, and posts that covered the inauguration outfits without discussing the political context of the day, what the outfit symbolized, or where it came from, and we all have to start being better.

Fashion is often inherently political, and there are so many interesting ways to talk about outfits without reducing the people wearing them to just their clothing. I’m not saying that we can’t talk about the incredible outfits that political figures wear, but we need to be thoughtful of how we’re doing it to avoid falling into sexist or reductive traps. Honestly, this is super difficult to do, so I came up with a few important rules of thumb for talking about the outfits worn by any female political figure.

Look For Meanings In Clothes

A lot of the time, the clothing prominent figures choose to wear publicly sends important messages, but they aren’t all as obvious as Melania Trump’s infamous “I really don’t care. Do u?” jacket. You probably noticed all of the iconic women wearing jewel tones, and most prominently wearing purple. Purple can represent royalty, bi-partisianship, and unity, but like the color white, purple also has a long history of being tied to the Suffragette movement.

Whether it’s tasteless words on the back of a jacket, a mask that says “censored” on the floor of the House of Representatives, or a more subtle color choice, clothes say something. In addition to just saying how incredible Dr. Biden or Vice President Harris looked at a given event, it’s worth thinking about the deeper meaning of their outfits.

Think About Who Designed It Or Where It Came From

Dr. Jill Biden’s Inauguration Day outfit came from Markarian, a brand that emphasizes sustainability and waste-reduction in design. Climate concerns and sustainability are key priorities for the Biden administration, and choosing a designer who shares that commitment sends a message. And, as we all know, on Inauguration Day, Vice President Kamala Harris looked unreal in a matching purple dress and coat from Christopher John Rogers, an up-and-coming Black designer who is known for vibrant color choices in his designs.

Obviously, not every event calls for custom designed outfits or even high-end pieces, and not every member of Congress can afford to fill their closets with designer suits. Expecting congressional officials to consistently wear designer and high-end clothing can perpetuate the high financial barriers of entry to Congress that prevent more diverse representation. Representatives and Senators, especially new ones, have a ton of financial burdens, and clothing is only one of them.

Representative Cori Bush has spoken publicly about thrifting her clothes looking for affordable and sustainable ways to meet the incredibly high standards set for women in Congress. This choice to support local thrift stores sends so many important messages, from ones about sustainability to ones about the prohibitive cost of being a woman in a professional environment.

This one can be hard, because we live in a sexist world and, in general, men and women aren’t held to the same standards in terms of clothing. TBH, the typical male politician doesn’t dress as interestingly as women do. However, if we’re going to talk about the outfits women are wearing, we should at least try to hold men to the same standard. For example: I have no problem sh*tting as much on Marjorie Taylor Greene for wearing a mask that says “censored” while speaking at a podium in the House of Representatives as I do on Jim Jordan for basically refusing to wear a jacket.

This also applies for positive commentary. As hot as I think Georgia’s new Senator, Jon Ossoff, is, I am also aware that he is much more than his looks. If a comment about appearance is problematic when applied to a woman, chances are that it is equally as problematic when applied to a man, and vice versa. As a rule, we have to stop objectifying people and reducing them to their looks, it’s just not it.

The women who serve our country are expected to sustain an incredible amount of emotional labor, and the physical expectations that they are held to only add to that. While it is important to recognize the symbolic meanings of their outfits, what they wear is a tiny fraction of the work that they do.

A way to make sure you’re putting substance over style is to pay attention to the context outfits are being worn in. What was the Vice President talking about while wearing that amazing dress? If you’re posting about how AOC’s makeup looked really good when she was on camera, make sure you know what she’s advocating for.

All that said, it’s important that outfits aren’t the only thing we talk about when our elected officials make a public appearance. Yeah, I’ll be the first person to say that Vice President Harris always looks f*cking amazing, but, I also have to remind myself to look at the substance, because that’s obviously what matters the most. 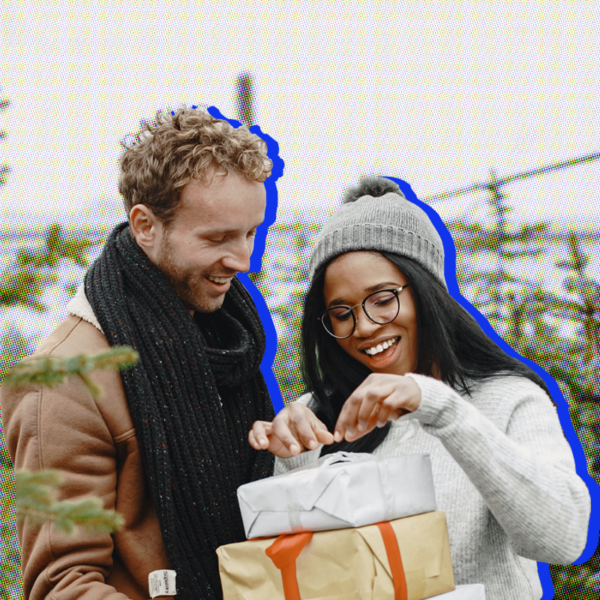 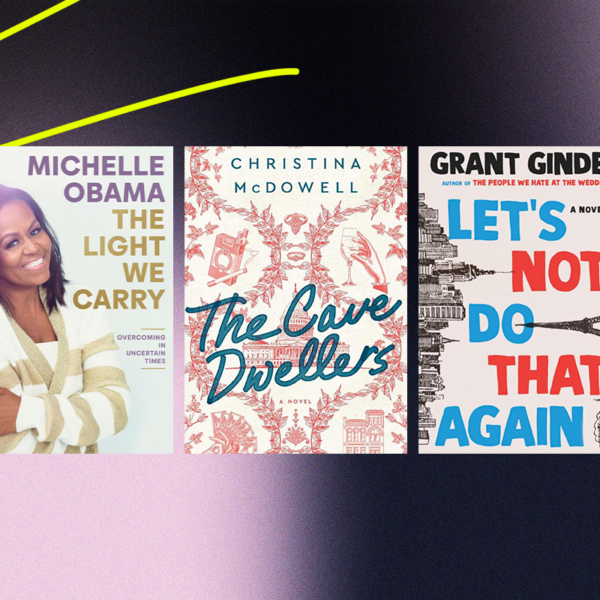 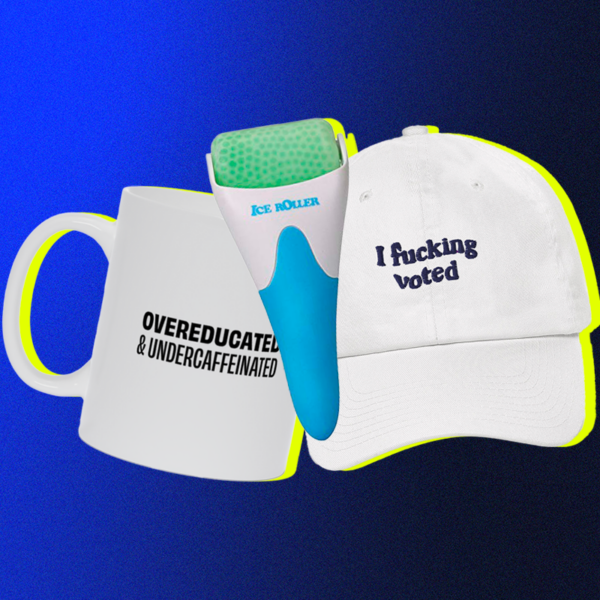 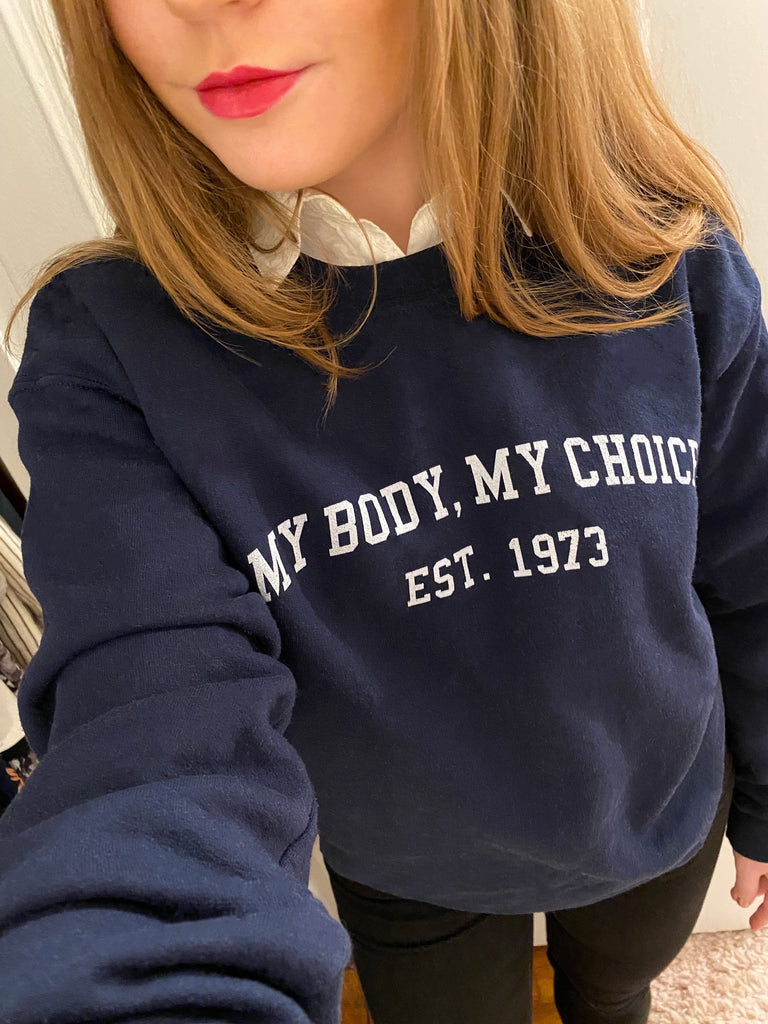 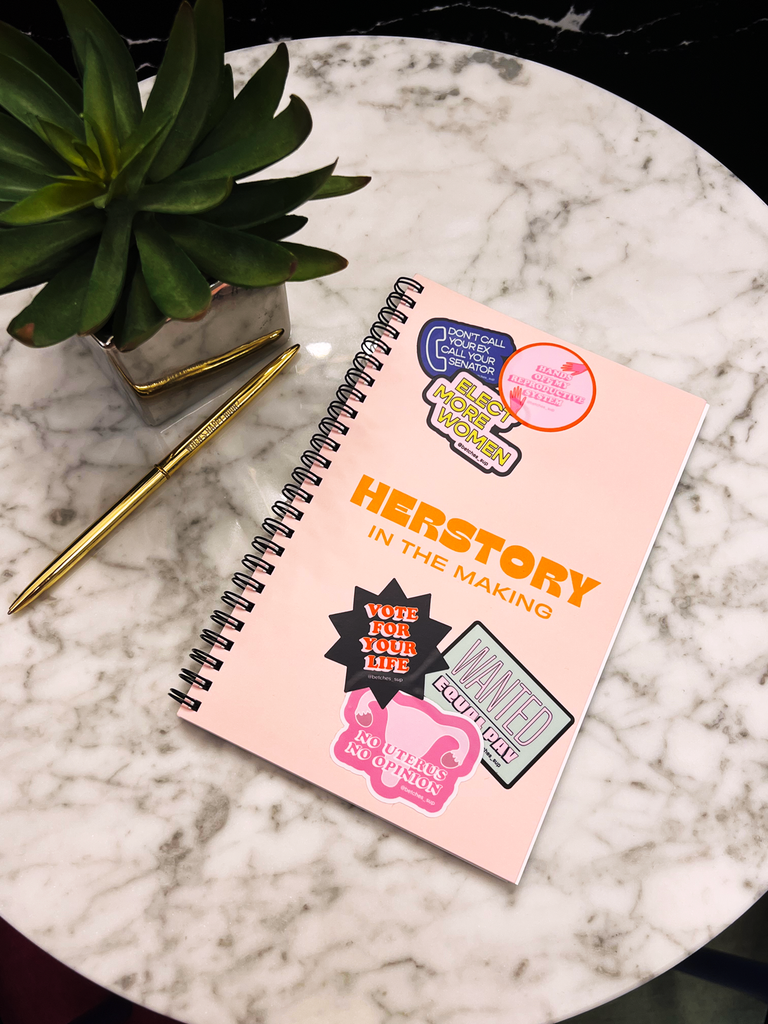 Today's headlines: President Biden announced that the US will be providing the Ukrainians with Abrams tanks. The National Archives is considering whether they will ask all past presidents and vice presidents to review their personal records to verify that no classified materials are there. House Spe...