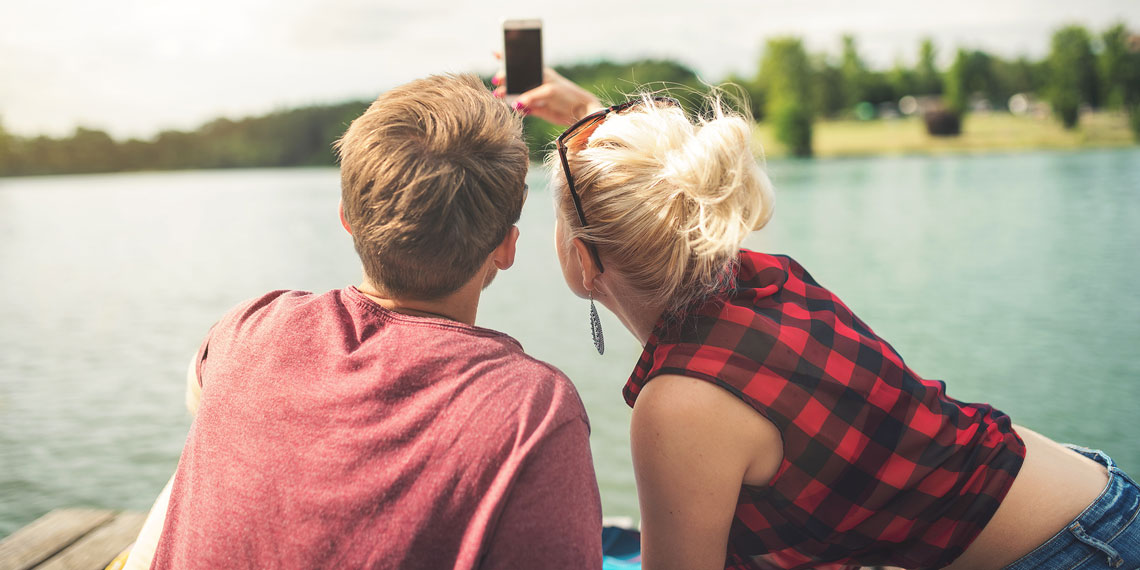 It was the start of the summer. You were still recovering from your Memorial Weekend Hangover. You were still planning your basic but cute red, white, and blue Jell-O shots for the Fourth. One night, you got trashed  fell in love started a cute little summer fling. Summer’s the perfect time for a casual “thing” (because only old people actually, like, define relationships). Between the dinners and the occasional accidental sleepover, you sort of developed feelings (ew) for the guy. Now Labor Day weekend is over, the leaves are turning brown (in a proverbial sense, of course, since it’s still about a billion degrees outside), and everyone’s returning to school to study hard tailgate. Basically, it’s time for your summer fling to end. If you were lame and developed feelings for a boy you “hung out with a bit” this summer, here’s how to get over your summer fling in five easy steps.

It wasn’t supposed to be serious. You were just there for the free drinks a good time. But now maybe you’re secretly hopeful that he wants your “casual fling” to actually be a serious relationship. This is highly unlikely, but if you’re delusional optimistic, then here’s the test. It’s realllllly complicated. If he’s made zero attempts to contact you recently, then he’s either

a) incredibly insecure so EW dump him
b) HE’S NOT INTO YOU.

His phone was not run over by a taxi, rendering him incapable of contacting you. Unless he’s in a freaking coma (which, NO, you should not verify by calling up every local hospital), if he’s not contacting you, he’s NOT interested. And texting you at 1am does NOT count. Duh. I didn’t need to get into Stanford to tell you that.

Betches (hi) wrote a super helpful book about relationships, and if you haven’t read it, you should (also you should pre-order our next book, duh). But anyway, we talk about this idea of “emotional masturbation.” This is where you get totally stuck on a guy because you keep imagining your honeymoon in Bora Bora. In reality, this f*ckboy wants to avoid you so badly that he’ll climb out of a window. (That’s, um, never happened to me personally, of course.) Engaging in happily-ever-after fantasies is totally counterproductive, not to mention pathetic, because it prevents you from finding a guy actually worthy of your love. Or from just happily existing on your own because you have trust issues.

So, don’t entertain yourself while you’re on the treadmill by imagining how cute your children will look in their little plaid tunics when you send them to Nightingale for kindergarten. Don’t draw angsty portraits of him over and over again as you cry over his newest Instagram. Definitely, don’t write creepy stories for your creative writing class that ends with the narrator marrying him. We all know it’s you.

Not only because you’ll never get over him, but also because that’s pathetic. You’ll get a reputation for being psycho. (You can also get this reputation by blacking out and confessing to all his friends about how you’re still in love with him and, like, totally don’t get why he ghosted you! And by lying on the beer-stained floor at a frat party and sobbing to a guy that you barely know that you “just don’t get why you’re still a virgin.” And then throwing up on him. Yeah, don’t be such a f*cking lightweight, Becky.)

Step 3: Reflect On All His Flaws

Maybe he had a bit of a dad bod (ew, join a gym). Maybe he was a condescending closet Trump supporter. Maybe he was a judgmental hypocrite that placed you on a golden pedestal that you didn’t want to even f*cking be on. Maybe he still seems perfect, but honestly, if he’s not into you, clearly he was dropped on his head as a child.

When you see your ex-boy-thing in public, act totally normal around him. Be vaguely friendly, but also disinterested. Definitely don’t get so distracted driving that when you spot him crossing the street on his way home from practice you forget to check the intersection and almost run over 10 people while screaming hysterically. All while your previous fling is watching you with utter horror, wondering why he ever liked a girl so crazy.

Step 5: Hook Up With A Hot Guy

If you’re back at college now, there’s plethora frat parties and tailgates where you can get stupid drunk and fall into bed with him (or, like, hook up with him in an alleyway next to a bar because you’re totally blacked classy). If you’re not in college and don’t have access to a legion of hot athletes, then download Hinge or something and find a hot f*ckboy to forget your previous fling so now you can obsess over this new dude instead.

If none of this above advice on how to get over your summer fling works, I recommend downloading Spotify’s “Life Sucks” playlist, buying some Halo Top ice cream, listening to an episode of “U Up?”, and watching romcoms on repeat. There’s really nothing that Clueless can’t fix.