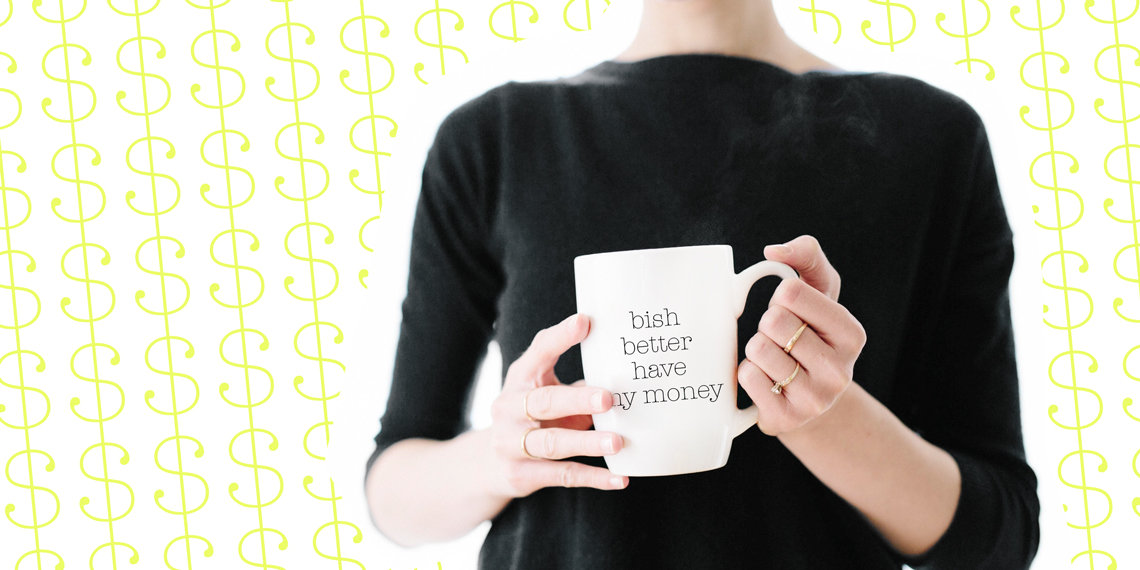 How To Bring Up Salary During A Job Interview

The feeling of finally getting a job interview is pretty f*cking exciting. Someone has finally noticed you out of the stacks of hungry applicants and you are well on your way to a life of $5 Starbucks drinks and being able to renew your Netflix subscription. Literally, I was worried for you.

It’s been all fun and games while you’ve been submitting your resume, until you realize you actually have to have an adult conversation and ask about your potential salary during the process.

Even though you want to be as ballsy as Ellen Pompeo negotiating that $20 mill, the reality is that most employers have tons of applicants to choose from. Sounding all high and mighty about how much you *deserve* to be paid could land you calling your parents asking for help on this month’s rent check.

Employers know that the novelty of money spent on PSLs fades. IMO, most truly want someone who wants to be there. Partially because they’ll probably work harder, and because no one wants to have to deal with a negative Nancy in the cubicle over.

We all know that you, the betchiest queen betch out there, deserves more dough than the bagel shop on your street, but how the f*ck are you supposed to ask about salary without sounding like a total prick?!

Don’t Make It About the Money

As much as you believe you are  a really rad betch, no one wants to hire someone who is only there for the paycheck. Even if you are (that can be our little secret).

Before you ever talk about money with an employer, make sure to sell the sh*t out of why you want the job. You can even throw a line in like, “Working here would align with my career goals and above all, I’m most excited about the opportunity. I’m sure we can agree on something within your range”.

You really want the employer to know that when you do have the money talk, you are interested in the job, and not JUST the paycheck.

Wait To Bring It Up

In an ideal world, you would not bring up the money topic first. This is not some DTR conversation where you are trying to be a modern woman. Let the employers take the lead here.

If you are absolutely in a bind and need to know how much a job pays before moving forward—I get it. I spent too much at the Nordstrom anniversary sale this year, too. Try waiting until at least the second interaction to bring this up. When you do, phrase it as a question and ask who you can chat with about salaries.

A company doesn’t want to go through the hassle of interviewing you and then not being able to hire you for something as simple as money (apparently time is precious). I’ve personally found that most ask about it right away.

Always Ask About “The Range”

Regardless of the way money is brought up, you want to be as in control of the conversation as Taylor Swift is of her narrative. This means giving yourself the opportunity to negotiate with the hiring team.

The trick is to ask about the range for the position. Whichever way salary is brought up, always ALWAYS respond by asking if there is a range. It’s worth it for you to ask about salary this way because you avoid the possibility of pigeonholing yourself into a higher or lower number than the company had in mind. Besides, no one likes a pigeonhole.

Figure Out If You Can Afford To Take The Job

You’ve had the most adult conversation there ever was and chatted money with an employer (mom will be so proud when she hears this). There are two scenarios that could happen when you hear their salary range…

It’s great and you officially look like that emoji with dollar signs for eyes. The aforementioned range is way higher than you were going to ask for. Instead of low-balling yourself, you took our advice (you’re welcome, BTW) and say, “I think we can agree on something within that range.” Or…

It’s so low you actually feel like the weight of gravity on your shoulders. You’re stressing because you are probably not going to be able to afford the Barbie dream house you’ve always wanted by selling Fit Tea on Instagram. Basically, you need this job, but the pay sucks.

It’s completely acceptable to say you were expecting something higher. If you do, make sure to pair it with a reason, such as “this role is significantly more responsibility than my last, I was expecting to be compensated for that change” OR “I was looking for something closer to X and I believe my background matches that request.”

Only Negotiate If You Are Willing to Take the Job

This is the moment where I tell you not to be a total asshole. If you ask for a higher salary and it’s given to you—take the f*cking job.

All industries are small. Hell, I meet people all the time that are literally coming back from my past. So play the money game respectfully when it comes to asking for more. You should absolutely ask for more. Just don’t have someone fight for more money for you, only to then turn down what you asked for.

Basically, be a greedy betch without being a greedy b*tch. Kapesh?!

… And you’re off. You can officially start winning the bread for your 300 square foot apartment while polishing the crown for the queen we both know you are. It will be no time until you are sitting in that corner office mentoring some baby betch on how she can talk about salary during a job interview.

Before I officially vom from all this inspirational sh*t, don’t forget to pre-order our THIRD book, When’s Happy Hour? now! It’s all the real career advice you won’t get from like, your guidance counselor.