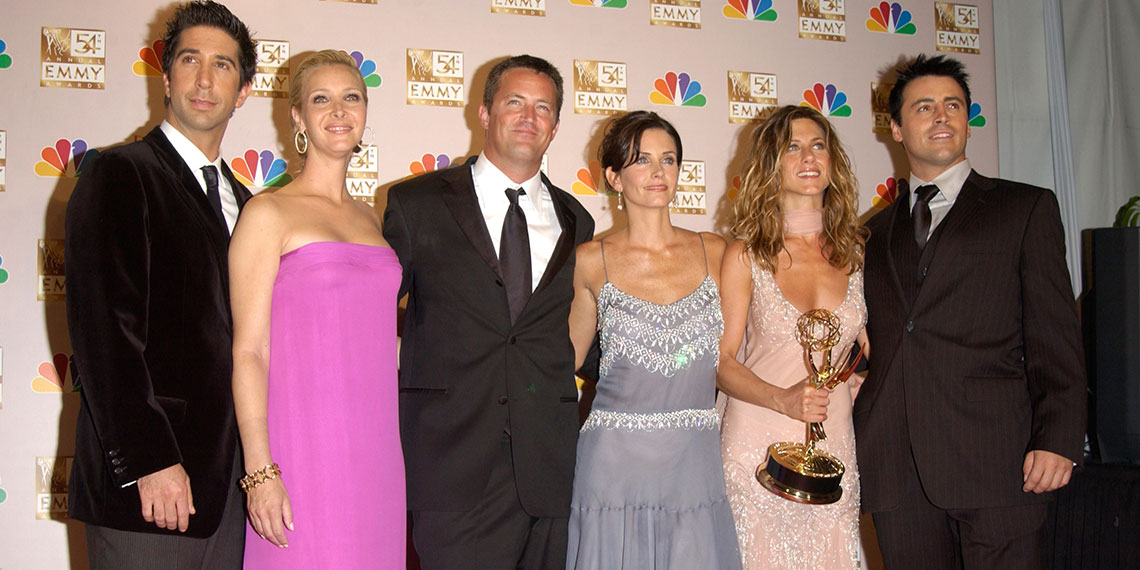 How The Friends Would Quarantine

We’ve all got a lot of time on our hands right now to ponder life’s greatest questions, like “how long can I go without washing my hair?” and “am I only going to hang out with people through Zoom for the rest of my life?” But there’s one major question that’s been on all of our minds: “how would the characters of Friends handle quarantine?” And as someone who started watching Friends at six years old (was I way too young to be watching it? Yes. Did it make me feel 1,000 times superior to all the other first-graders? Absolutely yes), I feel particularly qualified to carry out this task.

For the sake of a consistent timeline, we’ll assume they go into quarantine sometime around season 6, after Monica and Chandler have moved in together and Ross is living in the apartment across the street from them, and we’ll also assume that they’ve decided to all quarantine together. But also, if the timeline doesn’t 100% line up let’s just all try to remain calm. This is an imagining of a TV show that ended 16 years ago, so maybe just have a glass of wine and keep that in perspective.

Rachel started dating a guy right before everyone went into quarantine and is freaking out that he hasn’t called her yet. She insists on keeping the phone line open at all times in case he calls, and to distract herself she has started trying on all of her clothes and asking everyone what she should get rid of (correct answer: nothing, Rachel Green is a fashion icon). After realizing she has such great taste, she’s decided she should start a fashion blog.

Phoebe has been reliably informed by her psychic that one of the Friends has coronavirus. In order to figure out who has it, she’s trying to read everyone’s auras because, according to her, that’s as good as an actual test. She’s also lighting an absurd amount of incense (it’s “healing”), putting crystals in every room, and writing songs about literally everything everyone is doing, and it’s driving them all absolutely insane.

Naturally, Joey is eating through all of the quarantine food like it’s Thanksgiving dinner and he’s got his eating pants on. And as we all know, Joey doesn’t share food, so this is kind of a big problem. He’s also always trying to break quarantine to go meet up with a girl, but because no one will let him, he’s instead trying to flirt with girls he can see in the building across from them or on the street through the window. To no one’s surprise, he’s so successful he has a new girlfriend every week.

Ross is the only one who didn’t make it to Monica’s apartment in time for quarantine, and as Monica’s already got the place on full lockdown, she’s refusing to let him in. Whenever he tries to call them, Rachel immediately hangs up the phone in case her date calls, so his only option is to try to communicate with them through their window.

Chandler only has two coping mechanisms: sarcasm and smoking. While his sarcasm is certainly no secret, the fact that he’s started smoking again definitely is. He keeps making trips to the hallway and the balcony for a smoke break but is ultimately caught because like, the smell, duh. Could he be any more obvious?

A global pandemic is Monica’s worst nightmare because it’s not something she has any control over. So obviously, she’s making everyone to wash their hands every hour on the hour and trying to clean the apartment 24/7. The only problem? Joey got rid of most of their cleaning supplies to make room for more quarantine food, and she already ordered Amazon’s entire stock of cleaning supplies. So instead, she’s baking constantly to relieve stress. She started the banana bread trend.

Devastated by the fact that he likely won’t see Rachel again for months, he’s started writing fan fiction about how she will eventually fall in love with him (as if he wasn’t already doing that).

Janice decides to serenade her neighbors from her balcony and ends up having dozens of noise complaints filed against her because of her voice.