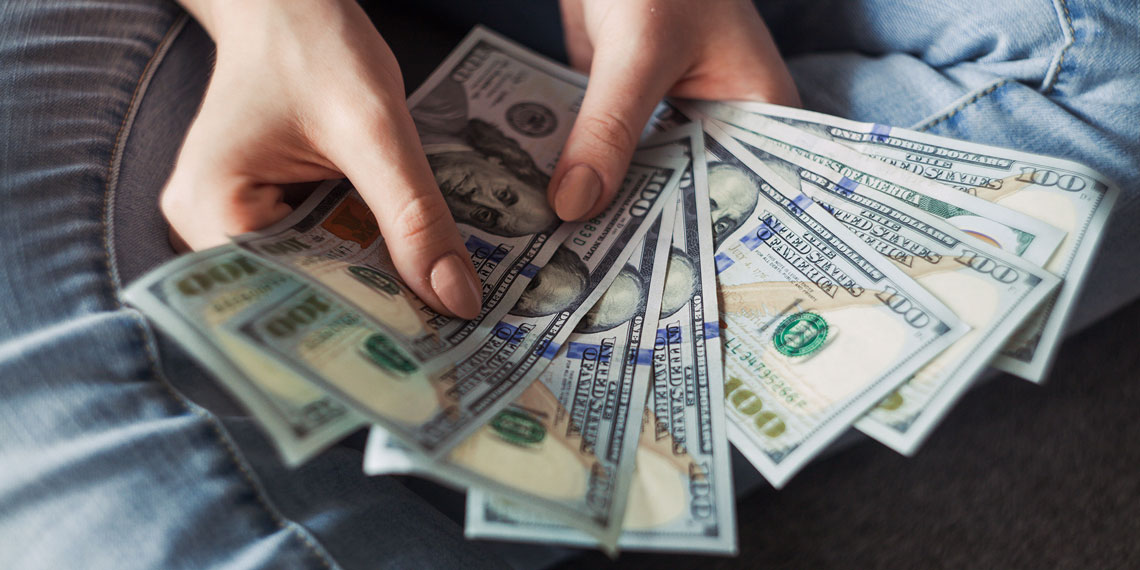 How These 2020 Candidates Plan to Address Student Loan Debt

I’m pretty sure my debt from student loans exists only to give me at least one number that is higher than my weight after a weekend of ordering Thai food and drinking gallons of tequila sodas. Or, it exists due to a vicious cycle of recession, rising costs, and inflation. Who’s to say!

Regardless, we all know student loan debt is very real and extremely hard to pay off. Like, I think I’ll finally be debt-free after my third divorce (assuming all my settlements go in my favor). This debt looms over borrowers, impeding them from taking career risks, buying houses, starting families or taking whatever steps they want towards the enriched and enlightened lives we all deserve. For those of us who vote partly with our wallets not because we’re exceedingly wealthy, but because we are most certainly not, how candidates plan to address American’s $1.5 trillion of student loan debt is a major point of consideration. Let’s take a look at how 10 candidates prioritize student debt and how they plan to help alleviate some of the stress.

With one of the  more generous proposals in terms of student debt, Warren wants to make tuition-free college universal.  On top of that, she has a plan to cancel up to $50,000 of student loan debt for households that bring in less than $100,000 year. Borrowers with a household income of $100,000 to $250,000 would see some debt cancellation, but those with a household income over $250,000 would see none. She’d fund this through taxes on the wealthiest Americans.

While student loan debt isn’t a major issue she’s running on compared to some of her competitors, Harris has said she would support Bernie Sanders’ legislative plan to cancel all debt. A strong critic of for-profit universities, she helped hold one of the largest chains of these types of colleges in the nation, Corinthian Colleges, accountable after it filed for bankruptcy — earning a $1.1 billion judgment against the college for predatory and unlawful practices. The senator and former U.S. Attorney is in support of debt-free college (she co-sponsored the Debt-Free College Act of 2018) and reforming the current student loan system — particularly its interest rates. Harris believes that student loans should be on  par with federal lending amounts, and capped with a rate of 3.5 percent.

During his 2016 bid for the Democratic nomination, Sanders pledged to make public college both tuition-free and debt-free. (While tuition-free college means higher education would be free for everyone, a debt-free approach would ensure people pay what they can afford and the most help would be provided to students who need it most.) Later, he introduced the College for All Act, which would provide tuition-free education at public colleges.

In June, Sanders announced another plan that would eliminate student debt for 45 million borrowers and make public college tuition-free. The plan, which would cost around $2.2 trillion, would be paid for by a tax on Wall Street transactions. That plan would also cover college costs for students whose families earn less than $25,000 a year. Unlike Warren’s proposal, his plan would offer debt cancellation even to wealthy families who earn over $250,000 a year.

Though Booker hasn’t announced an exact plan, his previous career moves suggest that he would take big steps to make college more affordable. Two signs that point to this: he co-sponsored a bill introduced by Hawaii senator Brian Schatz that would facilitate greater cooperation between states and the federal government to help students afford college.

He also introduced a bill in the Senate that would give every American child $1,000 when they are born. This money would be put in an account watched by the Treasury Department and earn about 3 percent interest until the child is 18 — which could give them their own college savings account.

The former Housing and Urban Development secretary has proposed tuition-free public college. In terms of addressing existing student loan debt, he’s  proposed a plan that would forgive debt after 20 years of payments and allow borrowers to pay nothing back until they make about 250% of the federal poverty line, around $31,225. His plan would also partially forgive loans for people who have received any sort of public assistance benefits for three out of five years.

Beto hasn’t commented a ton on his plans for student loan debt, but as a congressman, he did support a proposal in 2015 from President Obama that would allow students to attend community college for two years at no cost. Additionally,  he has commented that students who go to public universities should be able to do so for free. He’s also in favor of forgiving some debt for students who go into public service.

While we also haven’t heard that much from Buttigieg, the youngest candidate in the race, in regards to student loan debt, we do know a bit about his perspective on the issue. Buttigieg is only 37 and went to Harvard, and has said that together he and his husband have about $130,000 in debt. He’s not in favor of exclusively free college, but did release a proposal last month that would make public college debt-free for low-income students and facilitate a “state-federal partnership that makes public tuition affordable for all and completely free at lower incomes — combined with a large increase in Pell Grants that provides for basic living expenses and keeps up with inflation.”

Gillibrand is in favor of lowering refinancing rates to 4 percent and allowing borrowers to refinance through the federal government. Additionally, she has spoken out about the idea that borrowers should be automatically enrolled in income-driven repayment plans. She’s also backed Sanders’ bill which suggests that she may be open to a free college proposal of some sorts. But as a presidential candidate, she has not announced her own plan.

Biden didn’t make much noise about student loan debt until recently, most likely due to the fact that it is becoming such a hot ticket issue this election round (spoiler alert: college graduates are mad about the state of our government AND the state of our debt). In June, he released what Forbes describes as a  “modest” loan forgiveness proposal that would improve the Public Service Loan Forgiveness program, which forgives some student debt for people who work full-time for either a government entity or nonprofit organization. But the program has a lot of issues and requirements and hasn’t provided as much relief as beneficiaries expected. Gillibrand also supports taking a closer look at it.

In 2015, Biden suggested  that public education should be available through the college, rather than stop after high school.

The Minnesota senator, running on a platform of winning over moderates and centrist Republicans, is the only candidate to push back on the idea of free college for all. But she has expressed openness to expanding Pell Grants for low-income students, making it easier for borrowers to refinance their loans, and making two-year colleges effectively free.