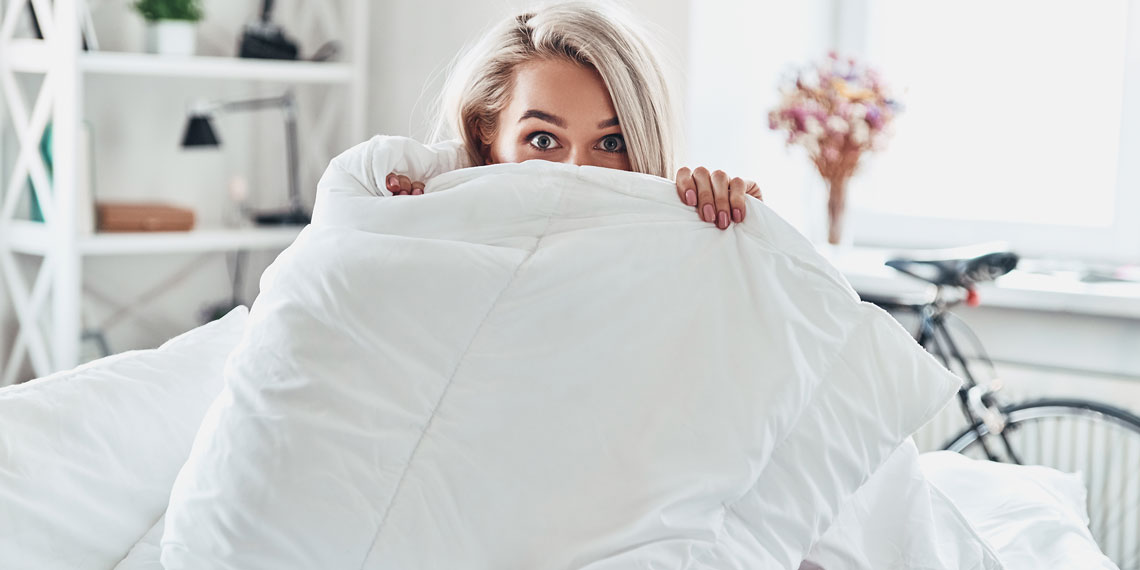 Hookup Horror Story: My Date Had A Tick

If you enjoyed the story of the girl who lost her tampon in her vagina as told by Jared and Jordana on the U Up? podcast, you’re in luck because here we are again with another awkward sexual encounter to make you feel better about the embarrassing sh*t you gotten yourself into this past weekend. This week, we tell the tale of a girl who found a tick on her hookup in the middle of the deed.

“Hey J&J! I’ve been seeing a girl from the south and she recently took a trip up to visit me in New Jersey,” she writes.

I wonder what a southern belle’s first impression of New Jersey, the so-called armpit of the United States, was. When I hear “girl from the south” I automatically think of a very blonde, very tan, very proper girl who says things like “y’all” and “Roll Tide.” I just realized I’m describing our latest Bachelorette, but that’s neither here nor there. Anyway, this girl must be really into this person if she jumped at the opportunity to travel to the land of Snooki and Teresa Giudice.

“We spent the afternoon in a botanical garden, having a picnic and rolling around in the grass and such—becoming one with nature, so to speak.”

I didn’t know botanical gardens even had areas private enough to lend themselves to such “rolling around,” but kudos to them for making it work.

“Later that night we were hooking up and as I whipped out our brand new sex toy to penetrate her (P.S. I’m a girl) I felt a bump on her hip. I look down and find a tick attached to her.”

I wonder if it took any amount of time or contemplation for her to determine whether this bump was just a mole or an actual bug burrowed into this girl’s skin. Imagine it was just a mole and she made a big deal out of inspecting this bump? That might have been an even worse story than this one.

“She began freaking out as ticks aren’t something you encounter much in the south.”

Uhh, yeah, no sh*t she was freaking out. Being scared of a tick isn’t really a cultural difference that exists between northerners and southerners. Maybe she’s seen a season or two of Real Housewives of Beverly Hills and knows that a tick can give you Lyme disease. It would’ve been weirder if she didn’t freak out. I, for one, do not trust anyone who wouldn’t scream at the sight of a bug sticking out of their skin.

“I ran naked to wake up my roommate in medical school to assess the situation but she was no help.”

What kind of relationship do these roommates have that she feels okay running into her room and waking her up while she’s unclothed? Can you imagine being deep into a blissful slumber when your roommate flings your door open and runs up to your bed stark naked while screaming about a tick? I’d be moving out the next day.

“After some googling we discovered since the tick was only on for a few hours so she’s probably fine, but I most definitely scared her off dear sweet NJ. Hope this gets a laugh!”

As if New Jersey didn’t have a negative enough connotation for the southern girl to begin with, she now associates it with the time she got a tick and narrowly avoided contracting Lyme disease. I feel sorry for the girl who brought her there and wish her the best of luck in continuing that relationship.

To hear Jared and Jordana’s take on this story, listen to U Up? below.