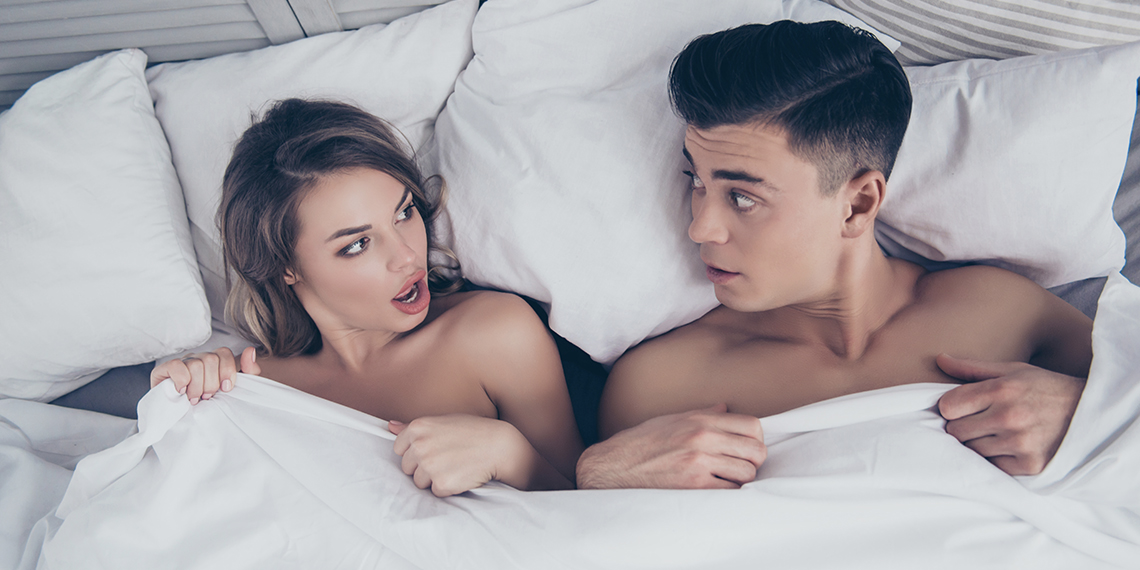 Another week. Another hookup horror story. Hookup culture, for all of its pitfalls, makes up for it by providing hilarious meet-not-cutes like no other cultural phenomenon can. This is especially true for collegiate hookup culture. Something about the sultry mix of frat-level hubris and a sh*t ton of alcohol makes for a cocktail rich in awkward encounters and cringey moments. U Up’s latest awkward sexual encounter is a testament to this, and we broke it down for you.

Dear J&J, Thanks for doing the Lord’s work, I’ve shared the podcast with all my friends and am bringing a huge crowd to your live show in Dallas. A few months ago I had a hilarious sexual experience and thought I should share. I had been hooking up on and off with this guy throughout college—just sex, as I knew he was slightly unhinged.

I’m sorry, unhinged?? I understand making an exception in the name of getting laid. He talks too much? Step up the tongue action. He has a lazy eye? Keep your eyes shut. But if your list of potential “exceptions” includes f*cking the occasional psychopath, I think it’s time to reevaluate your hookup standards.

My senior year I lived in the sorority house and had it on the bucket list to sneak a guy in. I invited him over and he showed up very drunk while I was sober. We start hooking up and I asked if he had a condom and he said no so I told him we couldn’t have sex.

He started freaking out and screaming “f*ck f*ck f*ck” so loud i was worried he was going to wake the house mother.

If the house mother is only a feature in your awkward hookup, and not the main event, you know you’ve got one hell of a story. Greek life is one of those strange institutions that manages to supply you with lots of booze and raunch during your university days, while also making you feel like a high schooler, only with a Mom who is extremely strict and culturally stuck in the 1940s.

Alright, this guy must be Bachelor-level hot. Nothing makes the entitlement of frat guys clearer when it comes to sex like extremely weird dirty talk and low-key murder threats. Either this guy is a lit major who got a little overzealous with the word play, or lines like this have worked in the past. If it is the former, he clearly needs to work on his transitions, as cows and homicide don’t exactly pair well together. If it is the latter, it is time for us betches to band together and makes sure this behavior does not go rewarded in the future.

You do not mention cows in one sentence, then f*cking me in the ass in the next. No. Absolutely not.

I drove him home after that so that I could get him out of the house before he caused more of a scene. In the car, he started trying to finger me while driving and said “i could totally make you crash this car right now” and when I pushed him away he started screaming “f*ck f*ck f*ck” and banging his head against my dashboard so hard I thought he might deploy the airbags.

Well, at the very least he’s consistent. That said, he really needs to reevaluate his standards if crashing a car is somehow a sexual victory. If his affinity for weird pickup lines doesn’t keep him from getting laid in the future, hopefully the massive bruise on his head after BANGING IT ON THE WINDOW (?!?!) will.

I finally got him out of the car and had a story for the ages. Let me know what you would call this!

While part of me (most of me) thinks you should really elevate your standards (aka stop f*cking Crazy Chad), the other part of me is grateful for your service. If this girl is willing to satisfy the sexual cravings of the world’s crazies, I’d say she’s the one doing the Lord’s work here.

How do you feel about banging the occasional crazy? Hear Jared and Jordana’s thoughts on the U Up? podcast below.