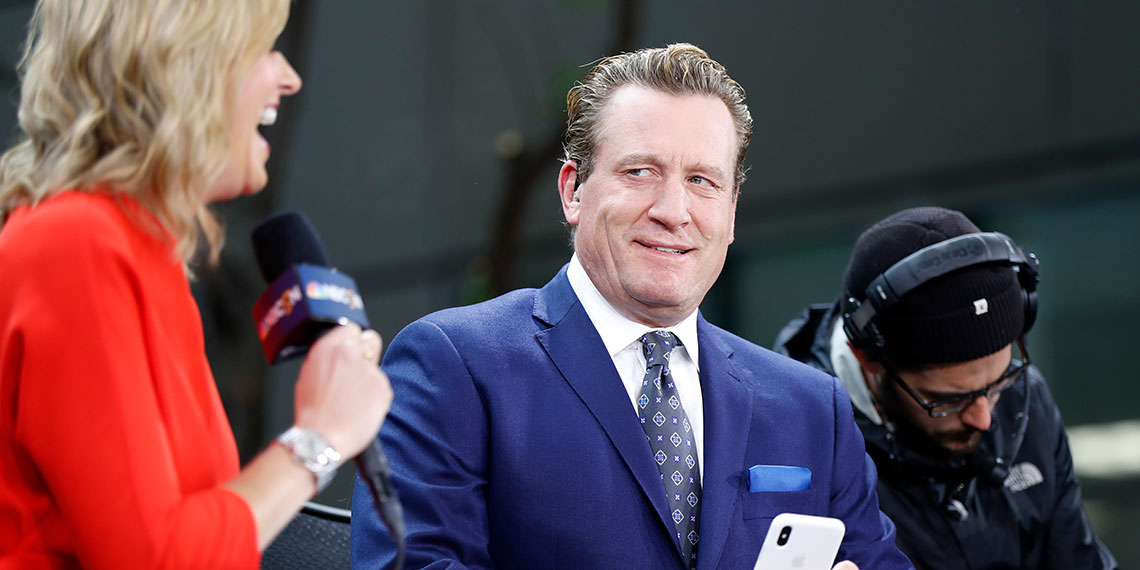 Harassholes keep score on who gets passes for inappropriate behavior because the information may give them leverage when an employer tries to hold them accountable for sexual harassment while allowing other harassholes to run amuck.

After suspending Roenick for a few months, NBC fired him in February 2020. Now the hockey star is suing the network, claiming NBC discriminated against him as a heterosexual man.

According to Roenick, NBC didn’t punish a gay figure-skating analyst who made sexualized—albeit scripted—comments about his co-host while the two were acting together in a parody promotional video. Roenick says, when he brought the matter to an NBC exec, he was told that the analyst “is gay and can say whatever.”

Yes, there’s a lot to unpack there, but don’t get distracted. Roenick’s basically saying NBC should have given him a pass on his filthy remarks about his co-host because the network gave another man a pass.

When you’re done rolling your eyes at Roenick’s audacity, let’s discuss the ever-so important takeaway from his case: when it comes to workplace sexual harassment, betches need to document, document, document.

Documenting sexual harassment you and your colleagues experience, and your employer’s response to the harassment, is among the most effective ways you can maintain the upper hand should things go south and you need to fight your employer for failing to enforce the rules.

Employers say they’re anti-discrimination, claiming they consistently enforce the rules by punishing harassholes, their popularity or your unpopularity notwithstanding. In reality, employers also give passes to people they like, creating a host of problems for everyone. The unfairness of it all gives rise to discrimination lawsuits—that is, if there’s documentation showing the employer is not enforcing its rules.

By “documentation” I mean “What is written down, printed, recorded, photocopied, saved? What do you have to support your account about your experiences?”

Sure, you may remember details well and never lose your car keys. But when it comes to workplace sexual harassment, it’s still best to have documentation because memories fade and documents are harder to manipulate. Also, while your word may be good enough for your mom, the patriarchy makes a woman’s word a hard sell more than half the time.

That’s why you document your version of the events with notes about encounters, dated-diary entries about conversations, text message chains and photos saved to the clou,; PDF copies of emails, papers, and websites, and so on. You hold onto anything that provides enough detail to refresh your recollection of the events should things go off the rails down the line and you need to back up your word should it be put to the test.

Harassholes and shady employers unapologetically lie and suddenly lose documents. You must be prepared.

…much like Roenick, whose ten-year tenure at NBC is over, to his complete and utter surprise. That’s right—the former hockey gawd never saw it coming, as he insists his firing is one of the “biggest raw deals of all time.” (Who knew you could lose your job for gratuitously sexualizing your co-worker’s anatomy on a popular podcast and bragging about misleading others into thinking you’re intimately throupled with her and your spouse?)

Despite the supposed blindsiding, Roenick had the wherewithal to document how his employer treated him and others who acted up, giving him fodder for a lawsuit that may or may not end with Roenick taking home a settlement check.

You, too, should be boldly protecting your professional interests should your employer act up or let harassholes run amok, as documentation can make or break your future.

Adrienne Lawrence is an on-air legal analyst and the author of Staying in the Game: The Playbook for Beating Workplace Sexual Harassment (TarcherPerigee, 2020). Lawrence has contributed her insight on workplace sexual harassment for outlets such as the Harvard Business Review and NPR. Follow her on Twitter @AdrienneLaw and IG @AdrienneLawrence.