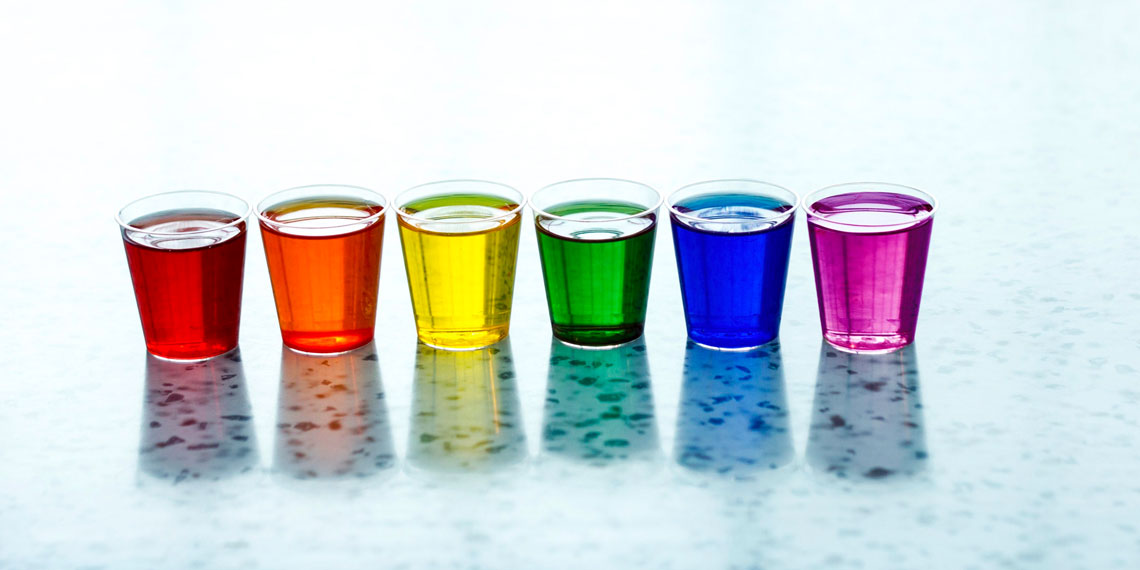 The 8 Highest Calorie Shots You Should Never Order Again

In the ever-wise words of LMFAO, “SHOTS SHOTS SHOTS SHOTS SHOTS SHOTS.” Although we’re kind of done with college and the whole prospect of guzzling a shot of lukewarm vodka doesn’t excite us the way it used to (fuck you, makers of Dubra), the presence of shots in our lives does rear its head every once in a blue moon. Some shots are better than others, especially in terms of how many calories just went to your waistline with the tip of that shitty Las Vegas themed glass. For reference, according to LiveStrong.com, one ounce of almost any unsweetened, distilled alcohol (vodka, brandy, rum, etc.) is about 65 calories. So, a shot, which is 1.5 ounces, would be around 90-100 calories. Once you start layering that in with other shit, your diet can go downhill reaaaaal fast. Here are some of the absolute worst offenders when it comes to the tiniest drinks we can order, aka, the highest calorie shots. You’ve been warned.

Not technically a shot, since it combines dropping your shot of cream and Bailey’s into a glass of Guinness, but it’s high calories put it on the list. This thing clocks in at about 300 calories. NOPE RIGHT OUTTA HERE.

I had to dig through the internet to find this one, and I hate myself for discovering it. Who the fuck does this? What kind of monster thought of this combo? If you aren’t aware, this shot combines Jagermeister, of “I just joined a frat and popped my collar” fame, and fucking mayonnaise, star of dry sandwiches across our great nation. So it isn’t really that fucking surprising that this shit can clock in at 200 calories. That’s one of the highest calorie shots you can order. It’s also fucking disgusting.

Awww, are you having a bachelorette party or are you just a high school girl? Cutes. This shot, which combines Bailey’s cream and Kahlua, is topped with whipped cream is, not surprisingly, really fucking fattening. It weighs in at about 170 calories OR FUCKING MORE depending on how much whipped cream the bartender wants to see in and around your mouth.

If you’re a 45-year-old man who just discovered Rumchata, liqueur that tastes like the milk from your Cinnamon Toast Crunch, congrats. For the rest of us, it’s probably best to avoid a shot of this delicious shit that combines Rumchata and Fireball, since it clocks in at about 140 cals. Sad.

THESE ARE SO STUPID. First of all, anyone who wastes Patron Café on a shot isn’t worth your time. Secondly, this shot that layers Bailey’s on top of said Patron Café clocks in at around 131 calories, not to mention the sugar and sick, creamy feeling you’ll have afterwards.

If you order this, you’re an ex sorority girl still trying to live the glory days of college. Bless. This shot, which combines, lemon, sugar, Sambuca, and vodka, can clock in at about 120 calories depending on how much sugar your bartender drops in. Plus, it’s on fire. Buyer fucking beware.

You’re so fun and daring for ordering this shit! Combine cranberry juice, peach schnapps, and Jagermeister for this 110 calorie shot. You could just skip all the sugar and German alcohol and have a shot of vodka like an adult, but what do I know.

Yikes. This shot combines Bailey’s, Kahlua, and Grand Marnier, making for a sugary, creamy shot that clocks in at about 110 calories. While that isn’t a ton, we know you’re not going to have just one … so ..