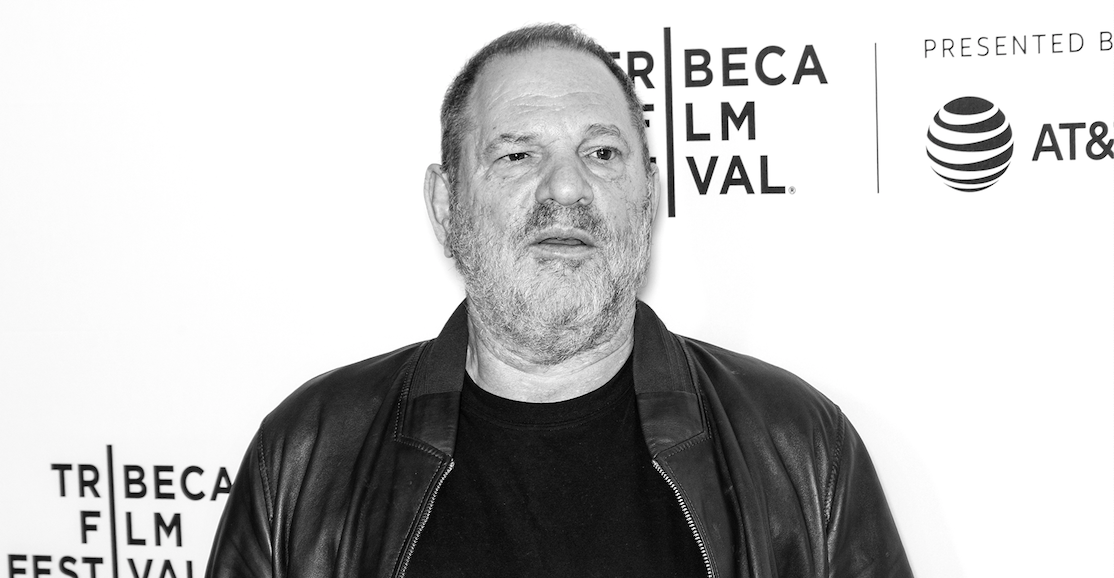 Harvey Weinstein’s name is practically synonymous with “monster,” which is a generous characterization for someone accused of rape and sexual misconduct by over 80 women. You’d think someone with a reputation so heinous and tarnished as his would be confined to a jail cell — or at the very least they would just stay in their billion-dollar penthouse and voluntarily remove themselves from society. But, to do that I guess you would need at least .8 percent of a conscience — and Harvey Weinstein clearly has nothing of the sort.

Lately, he’s been trying to introduce himself back into society, and his most recent attempt took place at Downtime Bar in New York’s Lower East Side. He attended an event called Actors Hour, which describes itself as the “first speakeasy dedicated to artists. Only writers, directors, actors, musicians, and a few lucky outsiders have the privilege of gaining entry.” Weird, I don’t see rape offenders on that list — but guess that’s what we call a ‘lucky outsider.’

Three people reportedly confronted Weinstein at the event: playwright and actor Zoe Stuckless and comedians Amber Rollo and Kelly Bachman, according to The Cut. Stuckless could not believe the fact that a) Harvey was actually at this event that was supposed to support artists and b) that no one was making a big deal about it. He was reportedly sitting at a table with women and security guards when Stuckless confronted him in video footage you can watch here on their Facebook.

In an accompanying Facebook post, Stuckless describes their motivation for confronting the abuser, around whom others at the venue were just sitting quietly.

“I thought about all of the voices that have been silenced over so many years. I thought about the artists, the women, who were paralyzed by the same fear that I felt, surrounded by colleagues who were intimidated into a culture of silence and passivity. This room was a microcosm of our whole community. And I couldn’t sit there and let him laugh. So I spoke up,” Stuckless wrote.

Additionally, Stuckless wrote about another person at the event to address Harvey Weinstein. Comedian  Kelly Bachman,  who got on stage and called on the crowd to address “the elephant in the room.” As soon as she alluded to Weinstein’s presence, the event organizers, the bartenders, and a number of others booed her. She continued her set, which truly slayed. Watch below.

Keep getting new followers today is it because my tweets are so fire? lol fuck Weinstein and thanks @ambercrollo ILY #mysecondtweet pic.twitter.com/hLjWn5VM8Y

“I didn’t know we had to bring our own Mace and rape whistles to Actor’s Hour,” Bachman says. After an audience member tells her to “Shut up,” Bachman jokes: “This kills at group therapy for rape survivors.”

Bachman told Buzzfeed News that Weinstein was treated as if his appalling actions didn’t launch a global reckoning with sexual assault, as he chummed it up with other audience members.

“It kind of felt like old-school Harvey to me — having his own table in a Lower East Side bar, surrounded by actors,” she said.

Comedian Amber Rollo wrote in a Twitter thread that she also confronted Weinstein, whose handlers called her a “cunt.”

Then I went in and called him a fucking monster and told him he should disappear. His friend/body guard/goon/family member called me a cunt and I really really wanted to lunge over the table and strangle him.

In the end, Zoe was kicked out, the event continued, and Harvey got to enjoy the rest of his evening. It was reported that Actor’s Hour issued an apology on their Instagram but then deleted it. Their account is linked here if you want to comment on a post with some questions, I know I have some.

As for Harvey Weinstein’s reply, he told TMZ that he “was out with friends enjoying the music and trying to find some solace in his life that has been turned upside down. This scene was uncalled for, downright rude and an example of how due process today is being squashed by the public, trying to take it away in the courtroom too.” Uncalled for? Enjoying some solace? Disgusting.