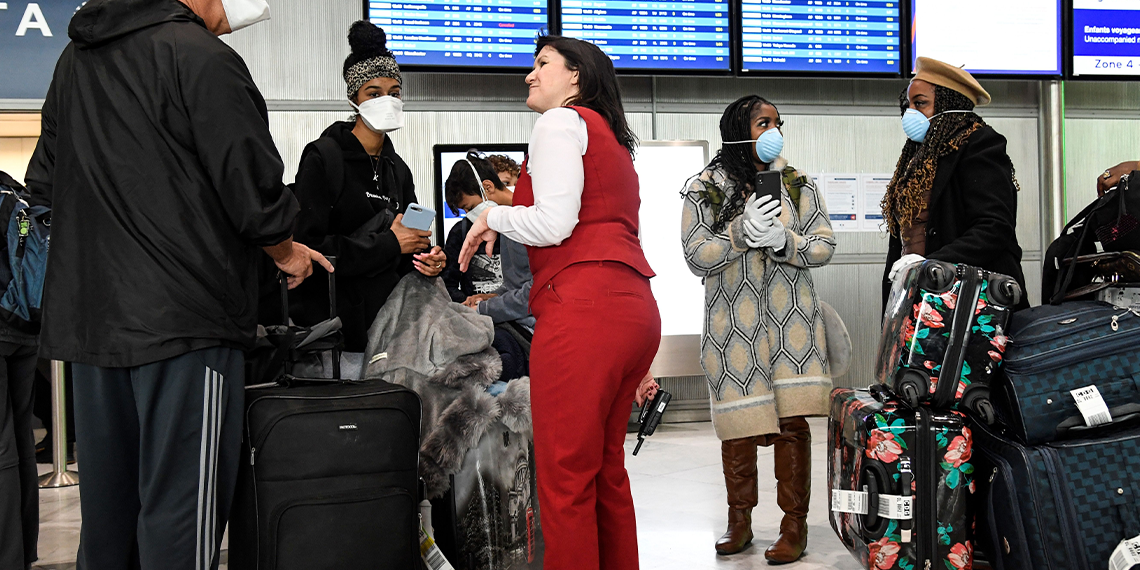 Welp, coronavirus has officially ruined everyone’s spring travel plans. Trump has banned travel from 26 European countries to the United States for the next 30 days. This means your chic Eurotrip just got a lot messier. As someone who planned a two week trip to Italy for the end of the month, let me just say: life is a nightmare and I want my money back.

So, what does this mean? While everyone was in a frenzy after the president last night stated simply that no travel would be allowed from Europe for the next month, Trump has since clarified that this ban does not apply to trans-Atlantic trade in goods OR to Americans or US permanent residents.

Trump’s address from the Oval Office marked the first time he appeared to be taking this whole coronavirus thing seriously, but it still led to some confusion and controversy.

Here’s what we know for sure

The travel ban begins Friday at 11:59 p.m. and suspends travel for 30 days from 26 European countries in the Schengen region, which travelers can move through with a single visa.

The ban does not apply to U.S. residents, citizens, or families of residents and citizens. Instead, it applies to “most foreign nationals” who have been in any of the 26 countries in the last 14 days, according to the Department of Homeland security. There are exceptions for some nonresidents, specifically people traveling to the states to help help with the coronavirus response.

However, U.S. passengers who have visited any of the 26 countries will have to travel through certain airports where the U.S. government can screen them, according to DHS and Vice President Mike Pence. However, Pence, who leads the administration’s coronavirus task force, has not yet named those airports.

Despite the fact that cases have recently exploded in the United Kingdom, the ban does not apply there. Just today, there were nearly 600 confirmed cases of coronavirus in the UK and eight deaths. Yet a number of travelers can just come to the U.S. from Europe via British airports. Genius.

A number of airlines have announced plans to waive cancellation/rescheduling fees for flights to impacted countries.

Widespread confusion remains as Trump administration officials try to clarify the terms of the travel ban. Trump made this decision without consulting the travel industry or US allies (classiqué!), so naturally, people are like, “WTF???” Critics have said that this kind of pandemic should be treated as a global crisis, so acting by simply cutting off certain countries is not ultimately helpful.

Plus, there is the issue that this action only deals with the virus coming into the US from Europe, which, like, it’s a little late for that, babe. The coronavirus is here on American soil, and is more likely to be spread through communities that have already been infected than by people coming in from Europe. Doctors in Italy, which is facing the devastating consequences of delayed containment efforts, have written open pleas for Americans to avoid their mistakes.

This decision will also likely impact the travel industry, which is already taking a huge hit. Which, in turn, is taking a toll on the stock markets. Dow Futures plunged more than 1,000 points after Trump’s speech and trading was halted again this morning, but this is pretty much inevitable during a panic like this. My condolences to Wall Street.
As a surprise to literally no living being, Trump is convinced that his handling of the situation has been ~perfect~. Bold move coming from the man leading a country that has had a shortage of testing kits to deal with the crisis. Trump went as far as saying, “This is the most aggressive and comprehensive effort to confront a foreign virus in modern history.” Health officials disagree. Remember like, last week when he was saying this was NBD and leading people to believe it was a hoax made up by the Dems? Lol.

Anyway, stay safe out there, fam. Wash your hands, don’t touch your damn face, and stay the fuck at home if you feel sick.