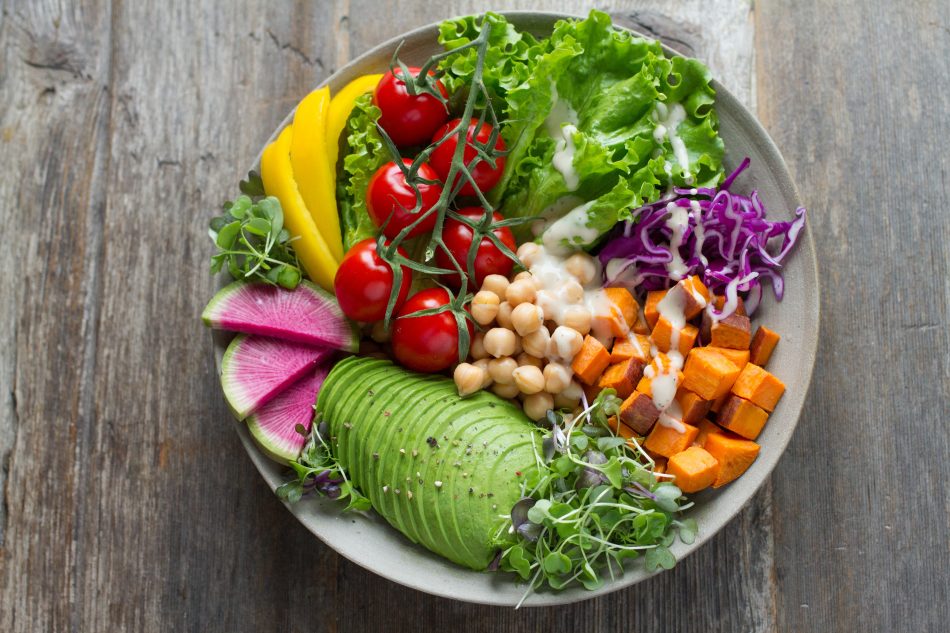 Healthy Foods That Are Making You Look Bloated

Can you believe it’s been a full month since you told all your friends about your New Year’s resolutions to drink more water and eat less carbs? Same, because we haven’t started either. Everyone knew the whole “new year, new me” bullshit wasn’t gonna work, but if you’ve actually been trying to be healthy since the holidays and still feel super bloated, it could be because of the specific healthy foods you’re eating. Some foods may be good for you, but they could be making your stomach look like, twice the size that it usually does.  Here are common foods that are probably making you bloated.

Salad is everyone’s go-to if you’re on a diet, but TBH all that lettuce is rough on the tummy. Like, if you actually look up from your phone when you’re standing in the Sweetgreen line, you might be shocked by how much raw greenery they stuff in that bowl. Sounds like a good thing because lettuce is literally the number one health food, but it’s a lot of fiber to consume at one time, so it could make you feel gross and overly full afterwards. We’re not saying you should steer clear of leafy greens, but if you could toss in some protein or olive oil with your salad, it may help everything digest better.

Sugar-free gum is literally the glue that holds our hungry, glutinous society together. It’s basically the only reason I’m not devouring the entire bowl of Peanut M&M’s on my desk before 10am, and it’s the perfect zero-cal palate cleanser for when you finish your salad in three minutes and you’re still starving. However, the reason gum is sugar-free and still has flavor is because there are artificial sweeteners in it, kinda like the ones in diet soda. If you’re chewing gum all day, you’re obviously gonna get bloated from the artificial sweeteners and from the amount of air you’re probably swallowing from chewing for an hour straight. Also my jaw hurts just talking about this.

Similar vibe to the raw lettuce, but even worse. Cruciferous vegetables, like broccoli, cabbage, cauliflower, and Brussels sprouts, are packed with vitamins and nutrients, but they’re also loaded with fiber and FODMAPs, which are carbohydrates that are poorly absorbed in the small intestine. AKA, they’re super hard to digest and will definitely make you bloated and gassy. If you’re looking for an alternative, some vegetables that are easier on the digestive system include squash, cucumbers, mushrooms, and zucchini.

People love drowning their sushi in soy sauce because it’s not that many calories and it’s way better for you than eel sauce and spicy mayo (but like, I’ll take a side of that too, please). Here’s the tricky thing about soy sauce. It’s not that caloric, but it’s super high in sodium, so it’ll lead to water retention in your body and a general feeling of puffiness. Gross. The “lower sodium” version is better, but it’s still not ideal. It’s not terrible for you, but if you take a group photo and notice your face looks five times chubbier than usual, it’s the sodium.

The carbonation in any bubbly drink or soda will make you bloated, but diet sodas are even worse because they have those fake sweeteners that totally fuck with your digestive system. I’m def not suggesting you start drinking regular instead of diet, but just be careful with your intake, and be conscious of your own body. Like, if you know that your stomach is sensitive to all bubbly drinks, don’t go out of your way to buy a 24-pack of La Croix for your desk at work. Just don’t be an idiot, basically.

Onions are another tricky one because they basically have no calories and they’re a vegetable, but they also cause gas to build up in your stomach and will make you feel bloated afterwards. Having them raw is worse than cooked (and if you eat raw onions, I’m morally obligated to alert the authorities), but either way, I wouldn’t go ham on these if you’re planning on going out later. Onions have fructans in them, which are fermented carbohydrates that are likely to cause acid reflux and indigestion. I mean, they’re also not doing your breath any favors, so I don’t think it’s gonna kill you to cut these out every once in a while. Just saying.

Say Yes to the Betch