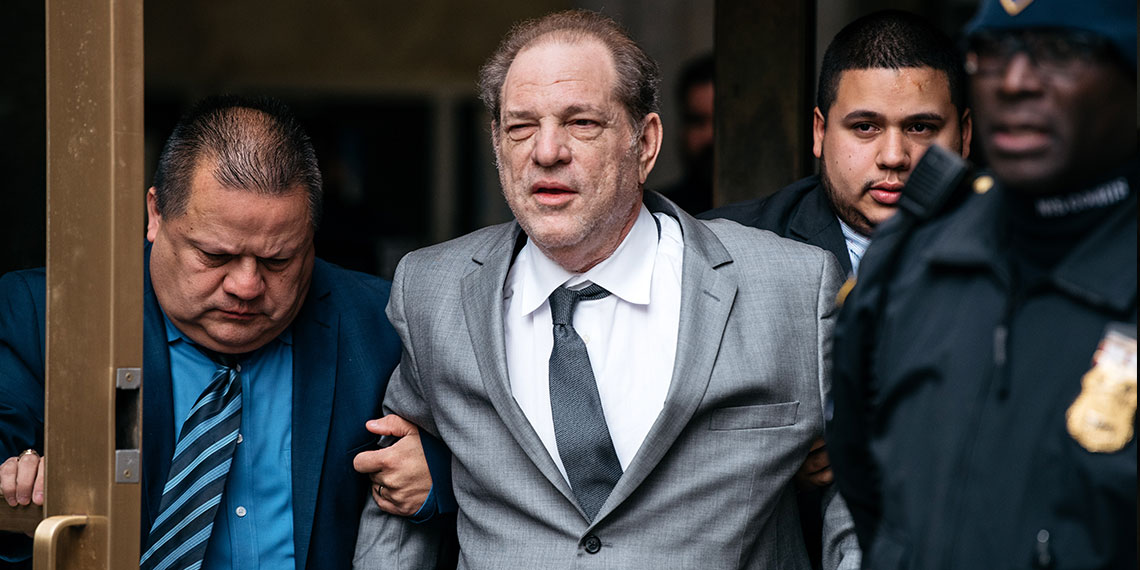 Proving that some people just don’t know when to shut the f*ck up, Harvey Weinstein did an exclusive interview with the NY Post, “to prove that he hasn’t been exaggerating about his ailments.” Wasn’t asking, but ok. Weinstein sustained a back injury after an August 17 car accident and underwent a “spinal surgery to remove a trio of bone plates compressing his vertebrae.” And if you can hear that music in the distance, it’s me doing a solo on the world’s smallest violin. Even though Weinstein has recently been spotted out shopping and at comedy clubs, I will say that, whether he’s using a walker solely for sympathy or not, the man looks terrible. He is 67 but looks a centuries-old evil sorcerer who finally got defeated by the good guys, at the precise moment they scream “noooo!” right before they melt into the earth. I guess that’s what happens when the vileness that’s been festering inside you for decades finally seeps out of your pores! (It’s why I always stress the importance of a good skin care routine.)

To their credit, the Post doesn’t hold back or attempt to make Weinstein seem sympathetic, writing that he “whined” to them about how he is remembered for “the slew of sickening accusations against him” rather than “doing more professionally for women than anyone in history”. Which conveniently leaves out all the horrifying things he did to women under the guise of professional advancements. He said, “I made more movies directed by women and about women than any filmmaker, and I’m talking about 30 years ago. I’m not talking about now when it’s vogue. I did it first! I pioneered it!” I guess he forgot to consider the fact that women being underrepresented in film is a huge part of the reason he was able to allegedly abuse women for so long. Because, think about it: would women be so afraid to speak up about what they endured if they could easily just get another job directing or starring in another film? That’s basically how abuse works. I also love that he thinks female directors are a cute passing fad and not a general movement towards equality and representation.

Weinstein also complained to The Post that he feels “like the forgotten man”, lamenting, “My work has been forgotten”. Which is funny because we didn’t so much forget about his contributions to film, even the ones that benefitted women, we just have the common sense to know that there are situations in which no amount of good deeds can make up for alleged crimes committed. For instance, paying Gwyneth Paltrow $10 million to do View From The Top, a sum that was more than any other female or male actor for an independent film, does not erase the fact that he allegedly lured her into his hotel room for a “business meeting” in 1994 that ended with him attempting to massage her. Weird how when I write it all out, the $10 million really feels like a dressed-up version of hush money.

Weinstein said of his work, “It all got eviscerated because of what happened,” which is a really interesting way to put it. Now, am I surprised that Weinstein would use this sort of euphemism (“what happened”) to distance himself from his own alleged actions, and make it seem like years of alleged sexual assault and misconduct and abuses of power were random freak accidents and not a series of calculated decisions and disgusting actions that he himself carried out? No, I’m not surprised. But I still am mad. Like, we are talking about women who accused you of rape, Harvey, not an unforeseen mishap. The alleged rapes didn’t just “happen”. You committed them. Allegedly.

Throughout the interview, Weinstein just bitched that people are only focusing on his alleged crimes and not his movies or charity work. “I want this city to recognize who I was instead of what I’ve become,” he said. And, look, I get it. We used to live in a time—some would argue, a better time—where straight white men could do bad things and nobody would do anything about it. It’s just like, so annoying that we have reached a point where women may actually speak up and expose you for your wrongdoing and like, the public might actually think you’re a bad person instead of just remembering that time you made a movie with a female actress that won her an Oscar. And it’s got to equally suck that your buddies, like Woody Allen, who have also been accused of sexual assault, aren’t facing the same type of widespread cancellation, or being put on trial. Not to mention, our very own president has been accused of sexual harassment or assault by up to 17 women, and last time I checked, he’s still sitting comfortably in the White House. Life is just so unfair sometimes!!

Just like every cheating boyfriend, Weinstein is not remorseful for his actions, he’s just mad he got caught and may actually face some repercussions. Ya hate to see it. And by “ya” I mean “powerful men who commit heinous crimes” and by “it” I mean “them being held accountable for their actions”.

If there is humor to be found in this situation, it’s that, for all his complaining about how bad his life is now, Weinstein gave this interview from “an elite wing” of New York-Presbyterian/Weill Cornell Medical Center that boasts “marble bathrooms, Italian linens and original framed artwork.” What’s more, “a private chef and concierge cater to the patients while visitors can sip cucumber-infused water.” I would be so lucky to live in an apartment building half this nice, but go off about how hard life is for you, Harvey.

Perhaps the most telling part of the interview comes when the interviewer asks Weinstein if the allegations against him cancel out his charity work and “left him in the karmic red”, to which Weinstein retorted, “I’ll move on.”

The statement is equal parts wild and illuminating. He will move on, which is a luxury (like the four-star hotel/hospital suite) that the women he abused may not have. They might move past what happened to them, but they will have to live with the trauma for the rest of their lives. And this basically tells us everything we need to know: Weinstein has already moved on from all the terrible things he allegedly did to the women working for/with him, and he can’t wrap his head around the fact that we won’t just “move on”. It is my sincere hope that, regardless of the outcome on his trial, we never do move on.