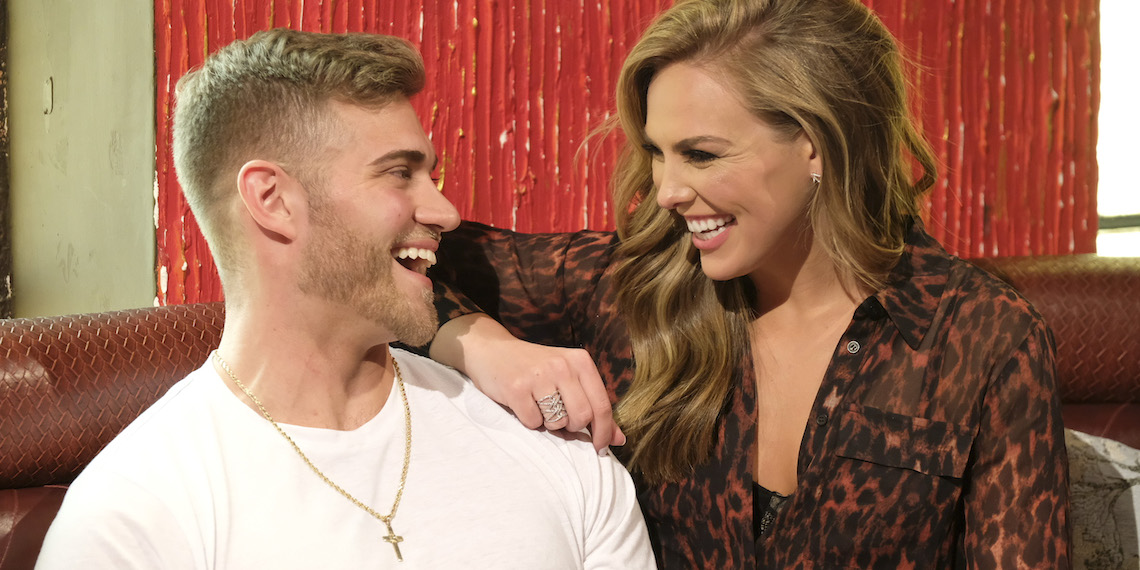 Hannah And Luke Are Feuding About Sin On Twitter

This season of The Bachelorette might really be the most dramatic ever, and it’s only getting messier as we get down to the end. Two of the three remaining contestants have had their shady past relationships exposed at this point, so Hannah’s chances of finding her Prince Charming aren’t looking great. But at least this week, we finally got rid of Luke P, who has been like a cancer on this show since approximately week two. I don’t usually have a lot to say about Jesus, but it’s impossible to ignore at this point. Hannah and Luke’s final argument on last night’s episode was instantly iconic, and now they’ve taken things over to Twitter.

Luke just joined Twitter for the first time yesterday, and now it’s pretty clear that he wanted to wait until he could properly sh*t talk Hannah for the whole world to see. Classy move, really. Hannah obviously knew that we were all eagerly waiting for the moment when Luke would be sent packing, so her tweet after his elimination was everything we could have wanted:

Of course, that meant that Luke could finally say what he wanted about Hannah, and he immediately chastised her for not feeling guilty about having sex.

@AlabamaHannah The difference in how we view sin is seen in the response, I’m weeping at mine and you’re laughing at yours. All sin stings. My heart hurts for both of us.

Aside from the fact that Hannah can do whatever she wants, and is free to feel however she wants about it, it’s super patronizing for Luke to tell her that his “heart hurts” for both of them. Like, cool story bro, pretty sure Hannah doesn’t give a sh*t about your heart.

Thankfully, Hannah didn’t have any problem responding to Luke’s belittling tweet about sin, and good for her for keeping the Biblical theme going.

Is this the kind of thing I missed out on by not going to Catholic school? Do you just sit around and throw insults about sinners and saints? I’m kind of obsessed.

Hannah and Luke then went back and forth about whether or not sin is funny, a discussion which Hannah promptly shut down by bringing up the infamous deli meat situation. Props to her for going there, excellent use of shade, 10/10.

i have never said that i find my sin funny. i’m not going to lectured on appropriate emotional responses by a guy who threw deli meat in a guys lap. https://t.co/hc8lsPUUA8

Luke went on to shame Hannah one more time for her tweets about the windmill and the wood, and I really just have one burning question I need to ask: WHO GIVES A SH*T? If you think having sex with multiple people is wrong, good for you, don’t have sex with multiple people. Luke willingly went on a show where one person is dating many people at the same time, and for him to be so offended that Hannah had sex with someone else says way more about him than Hannah. He can have whatever personal beliefs he wants, but to shame Hannah for not sharing those same beliefs is seriously not okay.

Your tweets about the windmill and the wood were enough, it’s not about the action it’s about the response. If you want to talk about it, you know how to get ahold of me. https://t.co/BQpIn0TqEh

Based on the preview for next week’s episode of The Bachelorette, we have at least one more Hannah and Luke interaction coming, but based on this toxic dynamic on Twitter, I feel pretty confident that their relationship is over for good. Sadly, it’s not like her other choices are much better (Team Tyler at this point, I guess), but at least she’s not going to settle for a man who treats her like a child in the name of religion. If you love Jesus, good for you, but your relationship with the Lord doesn’t make you better than anyone else.

I hope Luke eventually gets to a place where he can see how problematic his treatment of Hannah is, and I hope Hannah is somewhere having mind-blowing sex. It’s what she deserves.