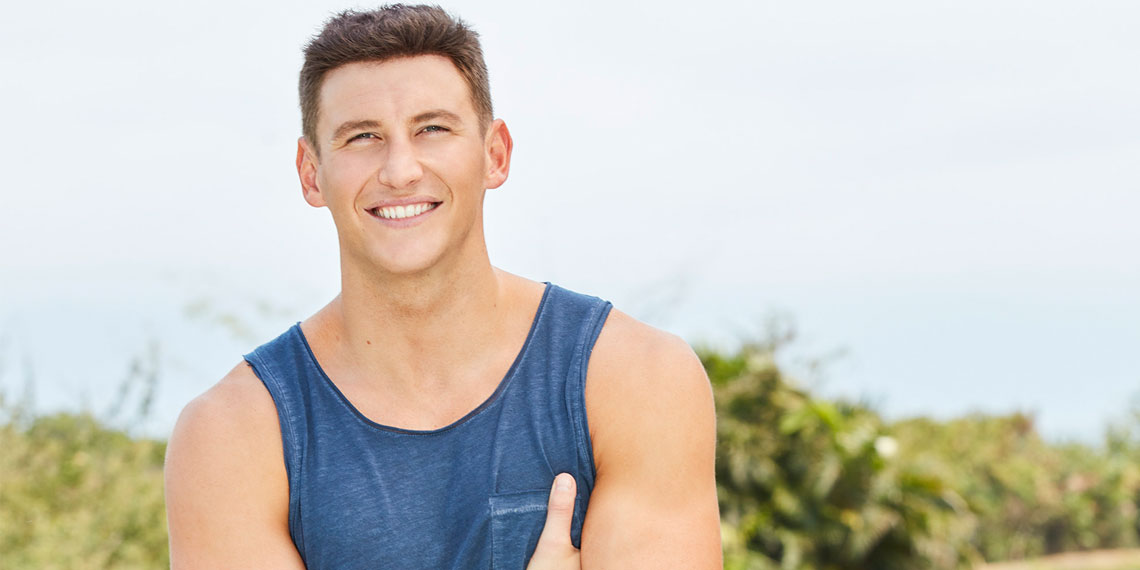 The ‘Bachelor In Paradise’ Cast Has Been Revealed

The big day is finally here! The cast for this season of Bachelor in Paradise has finally been revealed, even though we’ve known about most of these people for weeks. This year’s cast is an eclectic bunch, with a lot of recent faces combined with some people I literally couldn’t remember if my life depended on it. Whatever happens, I have a feeling this season is actually going to be really good. Mike Fleiss has let me down before, but what can I say, I’m hopeful? Here’s who’s going to be getting horny on the beach this year in Paradise.

I mean, obviously. If JPJ didn’t get sent to Paradise, I know about 43 people who would personally have burned down the ABC offices. Now I’m just going to be nervous every week that he’s gong to get sent home. Ladies, you better not let this happen.

This one was a no-brainer too. She almost made it to the end of Colton’s season, she’s super pretty, and she got robbed for the Bachelorette gif. She previously expressed some mixed feelings about returning to reality TV, but I’m glad she’s decided to give it a go in Mexico. I have a feeling she won’t end up engaged, though. As much as I want that for Tayshia, she seems a little too levelheaded to get engaged after a few weeks. But we’ll see!

We had our suspicions all along, and thankfully Blake will finally be headed to Paradise this year. Blake will probably be a hot commodity with the women, so he should have a good time whether he’s looking for something serious or not.

Bibi’s back! The Bachelor producers must have felt bad that she only lasted two weeks last season, because they’ve brought her back to the beach. We’ll see if she can manage to hang around a little longer this season, because it would suck to go home early two years in a row.

Good for Clay I guess? After all the drama about his breakup with Angela, it’ll be interesting to see him in Paradise. I guess this is his chance for redemption after he had to leave Becca’s season when he got injured on a group date. Hopefully he doesn’t get too aggressive on the beach or whatever, because we don’t need any more injuries.

Well, duh. There was literally no way Demi wasn’t going to be on this season, and thankfully the producers didn’t let us down. I’m pretty sure every guy on the show is going to try to get with her, so let’s hope she’s prepared. This season is going to be fun.

Honestly, Cam never really had a shot on Hannah’s season of The Bachelorette, but he seems like a better fit for Paradise. He’s a nice, decent-looking guy, so I’m sure by week 3 some drunk girl will profess her love for him. I can definitely still see him being this year’s Chris Randone, but I’m still not sure who will be his Krystal.

I’m excited to see Onyeka back for Paradise, and I feel like she could do well in this environment. As a reminder, her parents got engaged after just two weeks, so the Paradise engagement timeline is basically in her blood.

Katie’s main accomplishment on Colton’s season was warning him that some of the other women weren’t ready for marriage. Good call. Hopefully Katie is ready for marriage, because no doubt Chris Harrison will be itching to end this season with a few proposals. Best of luck!

People are already guessing that Hannah G. and Blake could be a potential Paradise couple, and I’m on board with this. Hannah might not be the most exciting person in the room, but she deserves some redemption after Colton basically ghosted her on national television.

Welcome to Betchelor Nation! Our fave Derek is back, and I’m mostly hoping he stays single because I have several friends who want me to set them up with him. Derek left Paradise with a fiancée last time, so we’ll see how it goes this year.

I’m mainly excited to see Nicole reignite her drama with Onyeka, because that’s what Paradise is really for. Hopefully she sticks to her one drink per hour limit, because things in the BIP house always get emotional.

Sydney quit during Colton’s season and, like Katie, warned him that some of the girls weren’t ready for marriage, and—surprise!—she was right. Who knows if she’ll find a husband this time around, but I have no doubt she’ll keep it real. I’m all for someone going down to Paradise and calling out all the fake relationships.

Is anyone surprised that Annaliese is back for another try after things didn’t work out with Kamil? No, the answer is no. Idk whether she or Nicole will cry more, but I’m sure the tears will be flowing faster than the alcohol. Nothing better than desperation on the beach!

No one is surprised about this, but after getting screwed out of being the Bachelorette, I’m sure she’ll be eager to cement her Instagram sponsorships in Mexico. I’m not sure how she’ll handle this environment, but I’m sure it’ll be good TV regardless.

Even in his promo photo, Wills is already bringing the style back to Paradise, thank God. I’m excited to see him return, even though I can’t really imagine him getting engaged at the end. But honestly, who besides Mike Fleiss even cares?

Kevin never even got kissed on Hannah B’s season, so I’m sure he’ll be ready for some action when he gets to Paradise. I don’t really have much to say about him, but based on his promo photo I really hope he gets a little bit of a tan. I’m blinded.

For those of you who are more recent members of Bachelor Nation, ABC is really digging back in the archives here. This is going to be Chris’ SIXTH time on a Bachelor show, and his third trip to Paradise. His first show was all the way back in 2012, when he was on Emily Maynard’s season of The Bachelorette. They always say, sixth time’s the charm!

Everyone’s favorite bartender is back! Wells is returning to serve up some cocktails at a strict one-per-hour rate, and probably some tea as well. Well, we can assume he’s there as the bartender since he and Sarah Hyland seem very much still together. So we can count on him not making out with anybody this season!
Images: Disney ABC Press