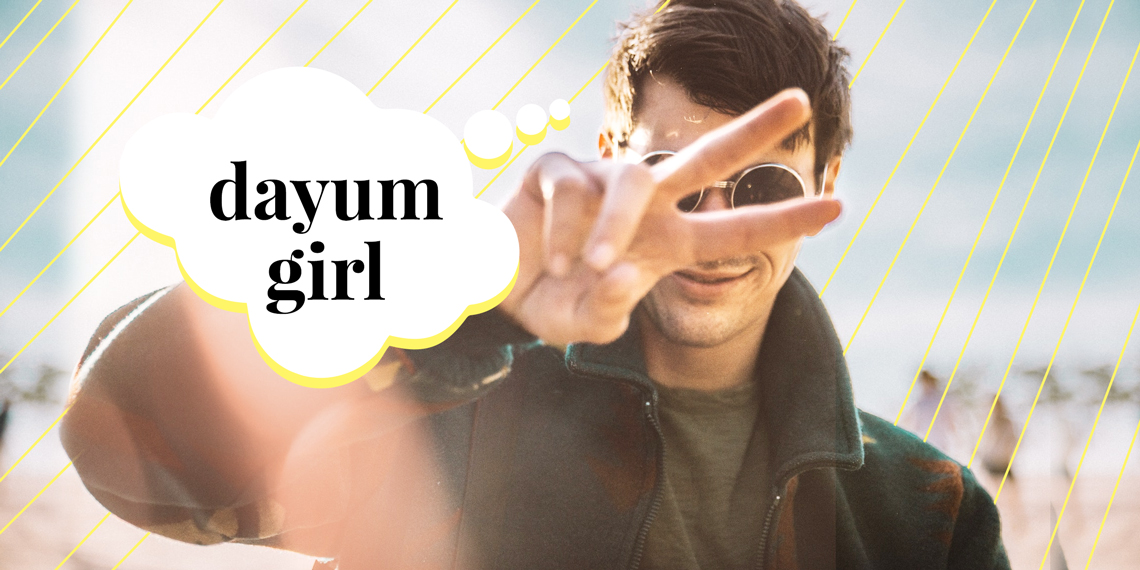 What Guys Think About Bathing Suits

Ever since some nerd made it illegal to swim naked because he couldn’t get a tan, people have been forced to suit up before hitting the beach. So until some brave soul takes it to the Supreme Court and fights the good fight, we’re stuck with swimsuits. Fortunately, visionaries have been locked in a lab for decades researching the best ways to show some skin without breaking the law. Unfortunately, some of these creations are so hideous that they should be locked in a sunless basement along with their swag-less creators. But some of them are God’s gift to mankind. So I’m here to tell you what guys think about bathing suits. If you disagree, it just proves that men don’t know anything about fashion.

Let’s all stop and take a moment appreciate how impressively awful this is. It looks like someone got blackout drunk and tried to make a one-piece out of their grandma’s favorite couch but ran out of material. As if the awkward stomach cut-out wasn’t bad enough, it also ties in the front. WHY? The only thing the front tie does is make it look like you have shoelaces hanging between your boobs. Unforgivable. But worst of all, this disaster is guaranteed to leave you with the least sexy tan lines of all time. Nobody wants to walk around naked looking like a modern art mess. Miss me with this.

First of all, you can’t go wrong with the classic bikini bottom. It’s the mimosa of bathing suits: if you don’t like it, you’re an asshole and should kindly leave brunch. The top is also good, especially if you go with a brighter color, because it fulfills every guy’s childhood fantasy of having a shot with The Little Mermaid. Just me, then?

The top is great. We don’t need to talk about the top. The bottom, though? Let’s talk about the bottom. The bottom looks like it tried to reach the top, got half way and said “fuck it, it’s nap time.” Yeah, I know high-waisted bottoms have been a trend for a while, and I’ve been sitting on that joke for years. It’s not so much the high waist in particular, it’s the fact that the bottoms are just high waisted enough to cover half the belly button—why? A belly button is like a bank heist, you gotta be all in or all out.

Every guy likes seeing a girl in a bra. It’s the second best thing besides seeing a girl out of a bra, and this style plays it up perfectly. It’s classy, it’s fun, and by blurring the line between bra and bathing suit, it makes the guy think he’s seeing more than he actually is. Which is always a win, because who wants to do more than you have to?

A timeless classic. Sexy. Simple. Stylish. And unlike the latest iPhone, it’s not desperately trying to add features no one asked for or gives a damn about. No frills, hoops, bangles, dangles, or zippers in sight. Save that shit for a handbag. Every strap has a place and a purpose. 10/10. The best use of shapes I’ve seen since kindergarten.

Ah, the ironic one-piece. It’s cute if you’re wearing it for a reason, like a sorority formal, a bachelorette party, or a court-mandated hearing, but if you’re casually wearing this at a rooftop pool, it screams “Please follow me on IG before I wash down another Xanax with Smirnoff!” Would Baywatch still be iconic if Pamela Anderson jogged down the beach with “PERF” stamped on her chest? Maybe… I’m honestly surprised they didn’t do that in the remake, but hey, there’s always hope for the sequel. Point is, if you’re gonna rock a one-piece, stick with a solid color or a print, otherwise you’re just wearing the female equivalent of a “sun’s out, guns out” bro tank. Jaeger bombs, anyone?