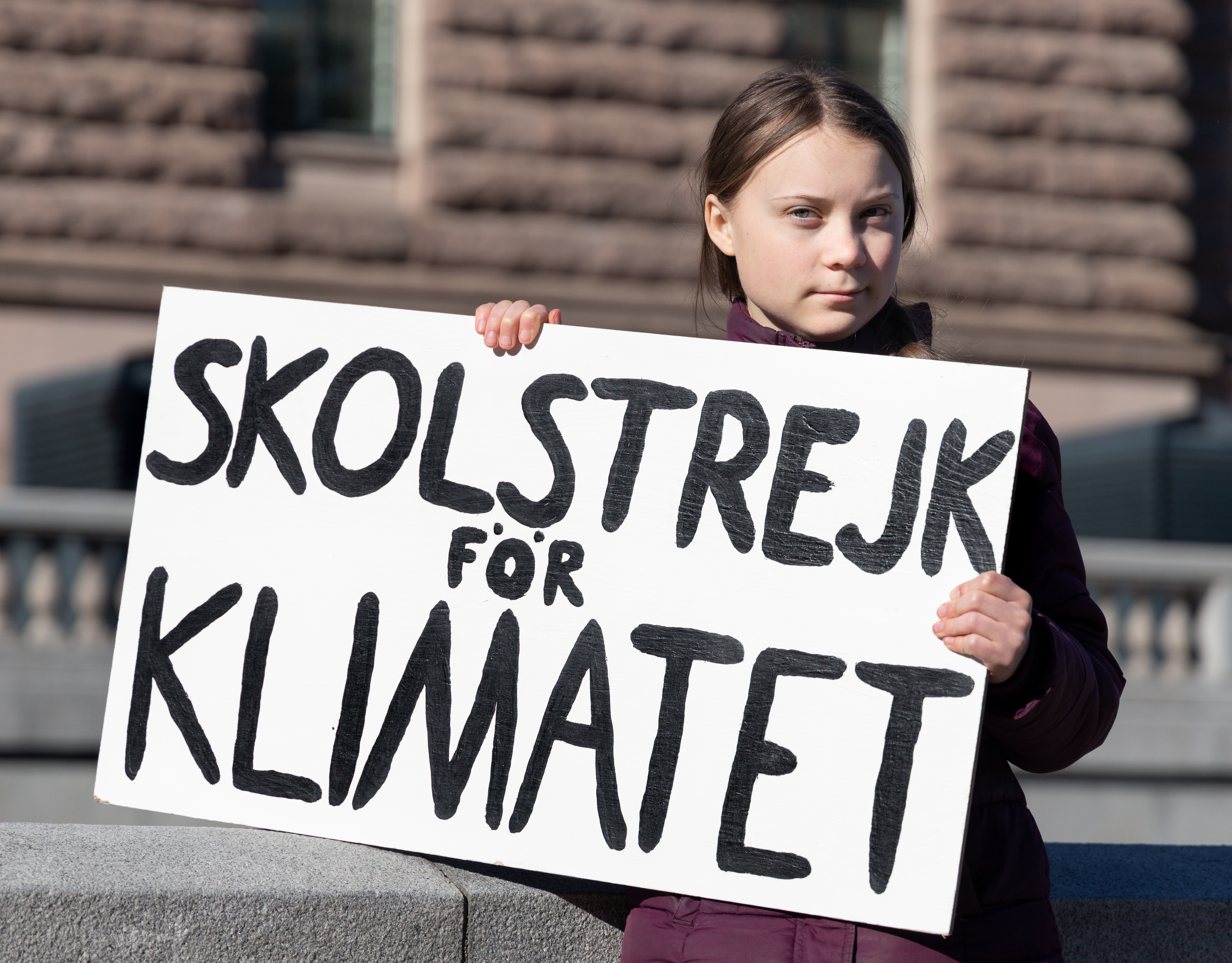 All the Right-Wing Attacks on Greta Thunberg Are Backfiring

If you don’t know who Greta Thunberg is, I’m about to give you a little bit more hope in humanity and the world. Greta is a Swedish 16-year-old who has been making international headlines recently for her vocal activism for urgent action to address the climate crisis. That school climate strike movement from earlier this month? Yeah, she planned that. When I was 16 I couldn’t plan a time for me and my friends to all see Twilight: Breaking Dawn together.

Thunberg’s profile rose even higher this week after she gave a rousing speech at the UN Climate Summit, where she eviscerated world leaders for their inaction on climate change.

”People are suffering, people are dying, entire ecosystems are collapsing. We are in the beginning of a mass extinction and all you can talk about is money and fairytales of eternal economic growth.” Watch Greta Thunberg speak at the UN Monday morning. https://t.co/Akkxm9sXdr pic.twitter.com/ahHKlhbYaE

Thunberg is being regarded as a true leader of this cause, which obviously means that some people on the right are taking uncalled for jabs at her founded on nothing else besides Mad Libs-styled insults. When will news anchors realize it’s their job to report the news, not test out material for The Roast of Alec Baldwin?

While Greta has very impressively prioritized a global conversation about climate change and helped turn out millions for last week’s climate strike, she has another impressive win under her belt: getting Fox News to… apologize? Now we’ve heard everything.

This comes after one of their pundits referred to Thunberg as a “mentally ill Swedish child” on the air in response to her emotional speech. Verry professional.

The offensive comments were made by Michael Knowles, who works for Ben Shapiro’s website, so honestly shocked he didn’t get HR training to be told that’s not remotely an okay thing to say. I guess Human Decency isn’t a job requirement there.

While on air, Knowles said: “The climate hysteria movement is not about science. If it were about science it would be led by scientists, not politicians and a mentally ill Swedish child who is being exploited by her parents and by the international left.” Progressive commentator Christopher Hahn responded: “You’re a grown man and you’re attacking a child. Shame on you.”

Great. That Thunberg has autism has been public knowledge throughout her meteoric rise, so Fox News absolutely could not just sweep this one under the rug (theirs made from hides of endangered animals, I’d assume).

Notably, multiple groups that support people living with autistic spectrum disorder have been vocal about how not okay this was — like Julia Bascom, executive director of the Autistic Self Advocacy Network, who said: “It’s absolutely unconscionable to attack someone for their disability, especially when that person is a child.”

Like we mentioned earlier, Fox News did apologize to Thunberg and their viewers, telling the Washington Post: “The comment made by Michael Knowles who was a guest on The Story tonight was disgraceful — we apologize to Greta Thunberg and to our viewers,” adding that the network has “no plans” to feature Mr. Knowles in the future. Next up, Beyoncé should file suit to get him to change his last name.

Don’t get all soft on Fox News quite yet: we’re still waiting for an apology from Laura Ingraham, who compared Thunberg to “Children of the Corn,” claiming that adults have brainwashed young people like Thunberg creating a generation of “Children of the Climate.”

You're right about one thing: she is a child. Pick on someone your own size. https://t.co/3LmeaRErms

Even Ingraham’s own brother found her remarks unconscionable:

Clearly my sister’s paycheck is more important than the world her three adopted kids will inherit. I can no longer apologize for a sibling who I no longer recognize. I can and will continue to call out the monstrous behavior and the bully commentary born out of anger. https://t.co/afrSuraQqt

But those on the Fox News payroll weren’t the only ones taking grotesque jabs at the 16-year-old. Let’s take a rundown of some of the more… table-flipping, migraine-inducing, takes, shall we?

Naturally, our president chimed in, reminding us there is truly no low. He’s just mad he couldn’t call her a “nasty woman.”

She seems like a very happy young girl looking forward to a bright and wonderful future. So nice to see! https://t.co/1tQG6QcVKO

Just because someone is giving Pippi Longstockings vibe does not mean they’re trying to honor Nazi Propogranda. Rightfully so, Twitter ripped Dinesh D’Souza, a far right commentator, apart for this awful take:

Children—notably Nordic white girls with braids and red cheeks—were often used in Nazi propaganda. An old Goebbels technique! Looks like today’s progressive Left is still learning its game from an earlier Left in the 1930s pic.twitter.com/E4q2KZ526s

And also, this disgusting Tweet basically encouraging someone to attack Greta on her trip across the ocean to America (she sailed across because she wanted to have a zero-carbon trip).

One of her bigger critics, Steve Milloy, who is a “pioneer” fighting against “faulty scientific data used to advance special, and often hidden, agendas” is clearly a very level-headed person. And by that I mean not at all:

When you've resorted to a teenage puppet for your public policy argument… you've lost.

Climate bedwetters… the world laughs at this Greta charade. https://t.co/wqdw39KZJp

Luckily for the future of our world, while these OLD, WHITE MEN taking jabs at a 16-year-old girl on Twitter, she’s actually hitting the ground (metaphorically, she loves Earth!) running to make a change. Thank you, Greta, and we hope someone taught you about the mute button on Twitter.