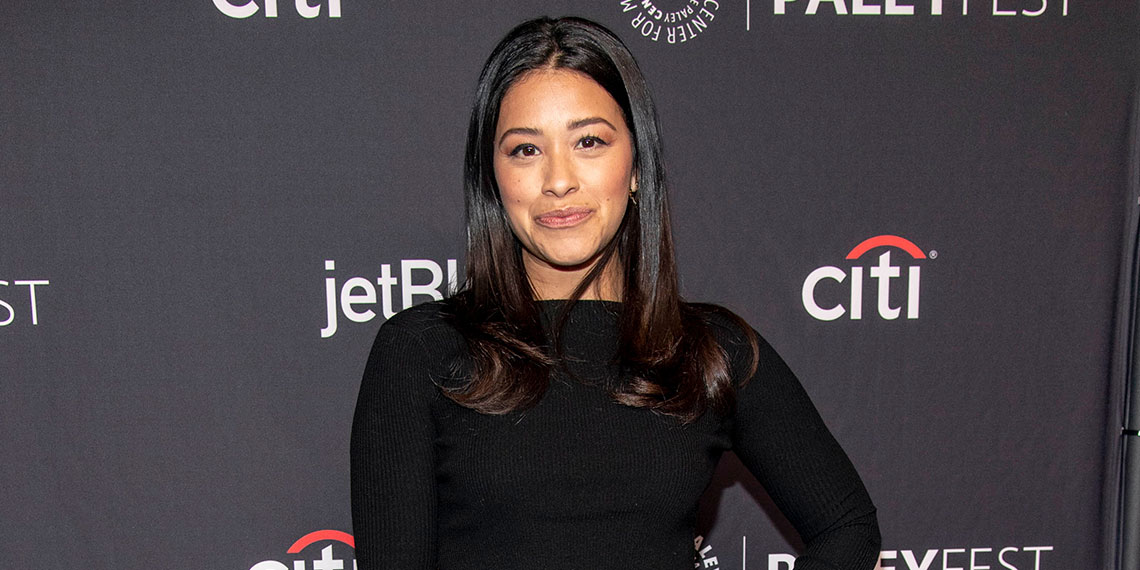 Gina Rodriguez Is In Big Trouble For Being Racist On Instagram

Even after years of covering celebrities being complete idiots and problematic assholes, I’m still surprised sometimes by their behavior. Case in point: Gina Rodriguez. Over the last 24 hours, Gina’s Instagram has been like a slow-motion car crash of SMH. Sadly, having four million followers on Instagram and multiple hit TV shows doesn’t mean you know how to act.

It all started on Tuesday afternoon, when Gina Rodriguez uploaded a video of her getting her hair and makeup done to her Instagram story. Probably a pretty normal day for her. In the video, she’s singing along to the song “Ready or Not” by The Fugees, which was all well and good until Gina, clear as day, looks into the camera and says the N-word along with the song. Then, she turns and laughs at someone who’s out of the frame, and the video ends. Gina, no!!!

i’m somehow not surprised at all pic.twitter.com/shCb3i0R2Z

I don’t think I really need to spell out why non-black people shouldn’t be using that word, and Gina Rodriguez should certainly know better. It’s 2019—this really isn’t new information. Gina shouldn’t even be saying the N-word when no one is watching, but to post something like this on her extremely public Instagram story is baffling. Just sing along to a different part of the song! What were you aiming to achieve here??

Naturally, Gina realized her error after a couple hours, and deleted the original story. She replaced it with a hastily filmed “apology” video, in which she gives the classic copout of “I’m sorry if I offended anyone,” by “singing along to the Fugees, to a song I love that I grew up on, I love Lauryn Hill.” Here’s the video so you can cringe for yourself:

all this tells me is gina rodriguez has been saying nigga her whole life pic.twitter.com/rjYISGOYj1

As the tweet points out, it sounds like Gina is basically saying she doesn’t see the issue, because she’s just singing along to a song she loves. Girl, what? How is this what anyone thinks? I haven’t spoken to Lauryn Hill personally, but saying you love her doesn’t give you a free pass to act like an ass. I’m not sure what planet Gina is living on, but that’s not how racial slurs work.

In this first apology, Gina Rodriguez really shows zero actual remorse for doing something hurtful. Instead, she just seems embarrassed that she posted the video on her public account, because now she looks bad.

gina rodriguez when her pr team calls her to tell her she posted the story on her main and not her finsta pic.twitter.com/IP47jUcQIs

But after her PR team told her about the initial mistake of posting the video, they must have followed up to say that the internet was thoroughly unimpressed with her apology video. Like clockwork, she popped back up last night with a post on her feed, in the classic format of…wait for it…a Notes App apology! God, this really is the sh*t I live for. Buckle up, because this thing is a real journey.

Gina starts out on a not-great note by saying “In song or in real life, the words that I spoke, should not have been spoken.” I’ll give her a pass on using commas incorrectly, but the first part of that sentence is ROUGH. Girl, this whole thing is real life!! That’s part of the issue here—singing along to a song isn’t any different from using the word in a sentence, and white and non-black people don’t do themselves any favors by being like “Oops! I’m just such a big rap fan!” That’s not a good excuse, and it never has been. I don’t care if Gina grew up listening to Lauryn Hill or just found out about her yesterday—either way, she should not be saying the N-word.

She then says that she “thoughtlessly” sang along to the song, and adds that watching the video back “has shaken me to my core.” Girllllll. However thoughtless Gina was being when she sang the song, she still POSTED IT. She wasn’t like, possessed by a racist demon, she was singing along to a f*cking song while staring directly at the camera. And I’m pretty sure the only thing shaking her to her core is the potential deals she’s going to lose because of this backlash. You don’t just casually use a racial slur and then three hours later, get viscerally upset at the thought of yourself using that slur. That’s not how anything works, lol.

But maybe the worst part of this whole apology is when Gina says “I feel so deeply protective and responsible to the community of color but I have let this community down.” Gina really, really doesn’t want to use the word “black,” and it ruins any chance of a sincere apology here. By referring to the “community of color” at large, Gina lumps herself in with the people she’s offended, setting herself up to look like the sympathetic lost soul who just wants to do right by her people. Sorry Gina, but I’m pretty sure the “community of color” doesn’t want to deal with your sh*t right now.

Funny enough, this latest Instagram fiasco isn’t Gina Rodriguez’s first brush with accusations of being racist. Last year, people called her out for being anti-black after she made false claims about Latinx women being paid more than black women. In a Net-a-Porter panel, she said “black women get paid more than Asian women, Asian women get paid more than Latina women, and it’s, like, a very scary space to step into.” This isn’t true in the general workplace, but it’s especially untrue in Hollywood, where Sofia Vergara has been the highest-paid woman on TV for nearly a decade.

Uh, yikes. She clarified her position in a radio show appearance, saying “To get anti-black is saying that I’m anti-family. My father is dark-skinned, he’s Afro-Latino. If anything, the black community is my community. As Latinos, we have black Latinos. That is what we are. I am not, so I think that when I speak about Latino advocacy people believe I only mean people of my skin color.”

Okay, that is complete and utter word salad. She claims her father is Afro-Latino, but then says that she’s not black? What is the truth?? Also, I don’t detect any hint of an apology in this statement, and a big ol’ “sorry” is always a good place to start. Clearly, apologizing isn’t Gina’s strong suit.

And now, a second, much older video of Gina Rodriguez saying the N-word has surfaced on Twitter. This looks like it was probably from some kind of low-budget movie or something, but it’s still not a good look for Gina right now.

PROOF THAT GINA SAID THE N-WORD BEFORE I CANT BREATHE pic.twitter.com/auofd1i50M

Of course, people are now saying all over the internet that Gina Rodriguez is canceled, and that her career will never recover, but we know that this kind of thing doesn’t always stick. But Gina might be running out of time to turn things around. In commenting on Gina’s behavior, Ronn Torossian, crisis expert and CEO of 5WPR, said, “Gina Rodriguez made so many wrong turns here that they are difficult to count.” Lol, that’s the damn truth. Torossian says that after these sh*tty apologies, Gina “would do well to not only quickly issue a more heartfelt apology, but also to take steps to make amends with the communities she hurt with her words.”

So basically, Gina Rodriguez has f*cked up in a huge way, and she has a lot of work to do to dig herself out of this hole. I hope she learns her lesson, but I’m not holding my breath for her to actually stop being problematic. Racist habits die hard.