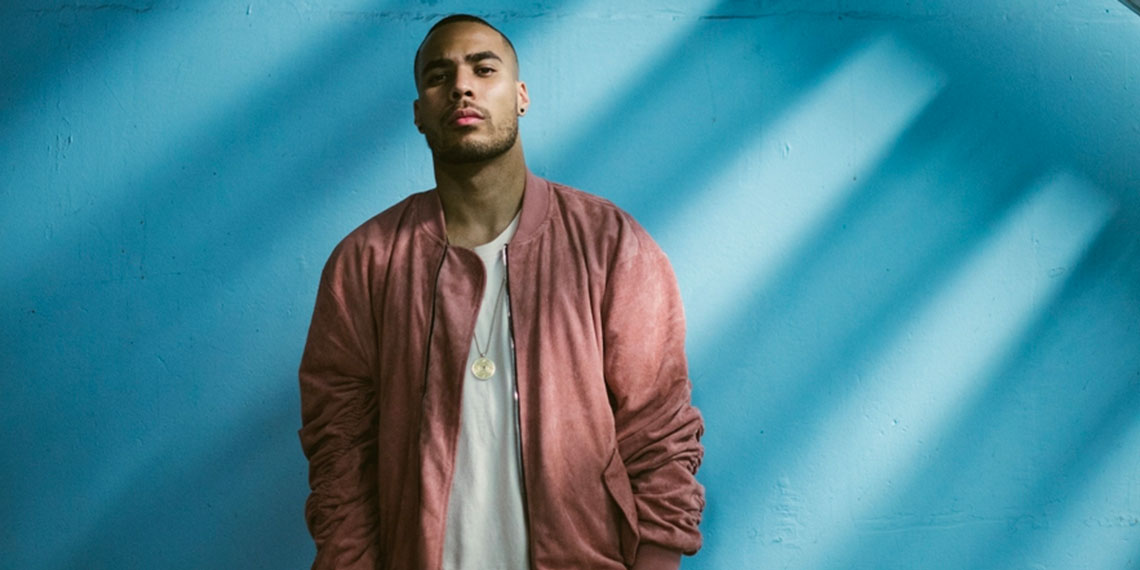 Get To Know TroyBoi, Rising Trap DJ With A Fascinating Past

Even if you passed him on the street, TroyBoi (né Troy Henry) has a presence that is arresting. The South London-born half-Indian, part Nigerian-Portugese DJ towers over me (I’d guess he’s over six feet tall).  Tattoos canvas his frame, and he has piercing hazel eyes. Clad in Gucci socks, a Louis Vuitton smartwatch, and vintage Rick James T-shirt, TroyBoi looks like he could have been a viral model—and actually, he may have been an Olympic swimmer if his life had gone a bit differently. “Who told you about that?” he asks, shyly, when I inquire about his athletic past. He reveals he was a top 100m and 200m breaststroke swimmer, and could have become a renowned athlete, “but I’ve always loved music and wanted to achieve this goal.”

If not an Olympian, TroyBoi could have just as easily been a real estate mogul. Before turning to music, he sold real estate and considered opening his own business. Instead, at 25 years old, he decided to take a leap and pursue music full-time. It didn’t take long—after winning a Flosstradamus remix contest, his career skyrocketed. At present, the Miami-based DJ put out an EP this spring, V!BEZ, with a follow-up, V!BEZ 2, on the way. He’s remixed for the likes of Missy Elliott and Tinie Tempah, played Lollapalooza, EDC, Coachella, and has an upcoming sold-out date at the Brooklyn mirage. Smh. Some people really can have it all.

I express this sentiment to him, but he doesn’t take the bait. In fact, he asks if I knew who he even was before this interview. The modesty isn’t an act, either. If you happen to run into TroyBoi after a show, he’ll stop and say hi, take a picture, and shmooze with fans. “You should never act like a snob,” he asserts. “These people are downloading my music, coming to see me perform for an hour and a half, telling their friends about me.” If you start out with a big ego, he insists, “you’re not doing it right.”

As for who or what keeps him so grounded, TroyBoi doesn’t credit one particular person or influence, though he is particularly close with his sister, 10 years his junior (“she’ll always be my baby sister”), and his mother. His mother is so important to him, in fact, that he has a Catholic saint-like tattoo on his forearm to represent her. He calls it his most meaningful tattoo, which is saying a lot, considering he’s covered in them. He gets a little embarrassed talking about his first one, “TROY” written out in an Old English font—“in case I forget my name,” he jokes—and a treble clef, “because I’m always going to love music.”

TroyBoi’s infatuation with music began at a young age, and though his sets will weave in the latest from Migos, Drake, and other artists du jour, the 30-year-old remains loyal to the old school. “I’m stuck in the 2000s,” he admits, adding, “Nobody really makes music like that anymore.” His idols include Timbaland and Pharrell Williams; he also “loves, loves, loves” Michael Jackson, even incorporating into his Ezoo set a tribute to the late idol’s 60th birthday.

Speaking of his sets, fans can expect high-energy, super musical trap beats that show off his multicultural influence and hip-hop finesse. Think “Walk It Talk It” flowing seamlessly into “Say My Name”. A TroyBoi set will have you screaming “Oh sh*t!!” to your friends at the beginning of each new track. Imagine handing your coolest, smoothest friend the aux cord.

To be clear, though, TroyBoi’s music cannot be simplified to “pass me the aux.” In 2018, when everyone with a laptop considers himself a DJ, it’s easy to disparage DJs for “just pressing a button”, but that’s not at all what TroyBoi does. He may appear at ease on stage, but he’s like a duck floating on water—calm above the surface, paddling furiously underneath. TroyBoi’s sets aren’t static; they constantly evolve based on the vibe of the crowd. “If it needs to be amped up, I’ll amp it up. If it’s too much, I’ll tone it down,” he explains.

At this year’s Electric Zoo, festival-goers lined up hundreds of feet back to catch a glimpse of him perform. It’s an accomplishment of which TroyBoi is especially proud, considering, in his own words, “New Yorkers are picky with their music.” Simply put, to get to this point takes a lot of hard work. The producer confesses he’s worked his past two birthdays, though he hesitates to complain since it’s work he always dreamed of doing. And, at the end of the day, it’s fun, and he’s just happy people come to see him play. “I just want people to believe they can do this too,” he says. “It’s a lot of hard work, you have to sacrifice a lot. But I want to show you you can do it.”