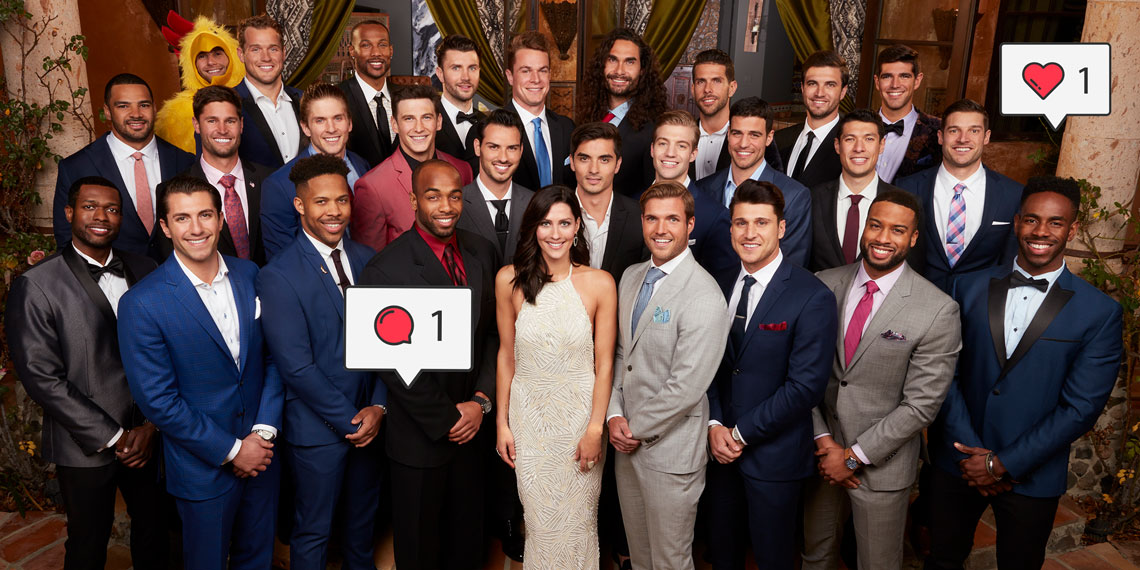 With The Bachelorette a little over a week out, Becca’s suitors were released yesterday. So far, it’s looking like a lot of sports guys. Jocks, if you will. I love ABC. They’re like, “hm, she once dated the sports, so she must like the sports.” Nothing gets past you guys! I thoroughly went through these guys’ Instagrams to determine what their deal is. By “thoroughly”, I mean, briefly glanced and then went back to bed. But whatever, check out a couple of Becca’s army of skanks.

Alex infuriated me right of the bat, because his IG handle is captain_colgate and he has a matching scary, blinding white smile to go with it. Is he a dentist? That is the only scenario where that could be kind of funny. Nope, he’s a construction manager. Soooo. Okay. Alex’s IG is curated much like your basic frat boy’s. It opens with his Bachelorette pic, obviously to get announce his big career move. The rest are various photos of him on boats, at the beach, with women in bikinis, and what I would SWEAR is a Pike fraternity event, also on a boat. THEN he threw in a pic of the book The 5 Language of Love, which is spoilers that he doesn’t win, because why else would anyone read that? At this point, I’m convinced his entire IG is curated for The Bachelor, and then I that is when I realize he only has 68 posts, the first of which is a quote about soulmates from Liz Gilbert, the bitch that wrote Eat, Pray Love. That is called proof, people.

Speaking of people with curated Instagrams, let’s talk about Chase, aka chasevergason. Chase only has 22 posts, and all of them annoy me. He is an advertising VP, and he primarily posts stock photos of oceans and sunsets with inspirational quotes on them—and by inspirational, I mean, one is “eat or be eaten”. He is very much trying to advertise himself as the next RM Drake. The other photos are of HIM with inspirational quotes, and a select few that show him Being A Cool Guy, by playing piano, working out, and … eating watermelon. I was going to say that at least he didn’t have some stupid quote for the watermelon picture, but THEN I clicked it and it literally says, “You’re one in a melon”. I want to punch him in the face.

Christon is beautiful, I will give him that. You can see more of his beautiful face at everybody_hatechriss. There are a LOT, I mean A LOT of pictures of sports. Particularly, one of the ones that involves a ball and you throw it. Like literally every photo is of basketball. That is literally all I have to tell you. He likes basketball. We would have NOTHING to talk about.

Clay, clayharbs82, is also a sports guy apparently. His bio says he’s a “9 year NFL vet”. Does that mean he still does the sports or that he quit the sport 9 years ago? You know, like a war vet? I don’t know. He also doesn’t have many photos and they’re all of football (yawn) or him with his shirt off, which I can support, but it makes it seem like he wants people to think he’s really pretty.

Oh good, more sports from colt3five! I know you guys must really love hearing my passion for sports.It’s just a lot of athletes, which as we know from Khloé, don’t tend to be the most faithful husbands as a species. This guy says in his bio he does the football. However, I immediately like him better because he has very few pics of football. In fact, most of his IG is of dogs, with a few pics of him shirtless. These are the kind of men I can get behind.

Late Update: my guy Nikko was adopted in LA ???????? A reminder that there are some great pups for adoption at your local humane societies and shelters. Try to check there first for your new family members ????????

Darius has the best smile, it has to be said. See it here: feasthebeast. A lot. He is a pharma rep that lives right near me and it looks like when he’s not taking shirtless photos, he does volunteer work. Darius for Miss America!

Grant’s IG, gvandevanter, says Grant “Pick” Vandevanter, which leads me to believe he has a very unfortunate nickname. Like what exactly were you picking, ya nasty? Grant does a lot of boxing and going on boats in a fratty frat kind of way. His bio also says he’s a boxing coach, but I thought he was an electrician, so unclear.

Not to make things weird, but does Jason kind of look like Becca…? Like, I would 100% believe they were related. Check it out at jason_tartick. He doesn’t have very many posts, but IDK, something about his face shape and eyes is like Becca’s! I mean, at least they know they won’t have ugly kids since they have the same genes? He also only has a little over 1,000 followers and is already verified. Shadyyy. Who you know at Instagram, Jason?

Jean Blanc, jean__blanc, just looks like he has his shit together and his job is a colognoisseur (?) which I’m going to assume means he makes cologne. Which of course he does. He has a very entrepreneurial face, like I would totally trust him with my money. He has several very profesh photos of himself in nice suits and his website has a logo and announced his Bachelorette news, but no info about his cologne on it. Career switch after his newfound fame, maybe?

Jordan is a male model, which means I would have swiped left immediately. His IG, jordan__kimball, is full of him looking sadly into the distance, probs dreaming about his gummy vitamin sponsorship deals. Not into it.

J. Kimball volume 4 @kplus9 shooting me in the grey @strongsuitclothing from @currentbyjohncraig where @jeanclaudetheiv is always hooking it up and they are attached to @johncraigclothier the best clothier period. @blairdelongysanchez is the best stylist and fashion oriented professional ever, let’s put a new face on Winter Park. @monahowereports thank you for everything.

Leo, or leofdot, also lives right by me, in case you were wondering. Leo looks like the poor man’s Khal Drogo. He’s a stuntman with very long hair and his IG is full of photos that look like he wants to be an Instagram model. Quit trying to get in on Jordan’s hair gummy career, asshole!

Ryan is v adorable. He plays banjo and his whole IG, ogrp, is pictures that make him look adorable. They’re of puppies and children and pigs on boats. Little does he know, I hate children (too sticky), but if I didn’t, my ovaries would probably cry right now.