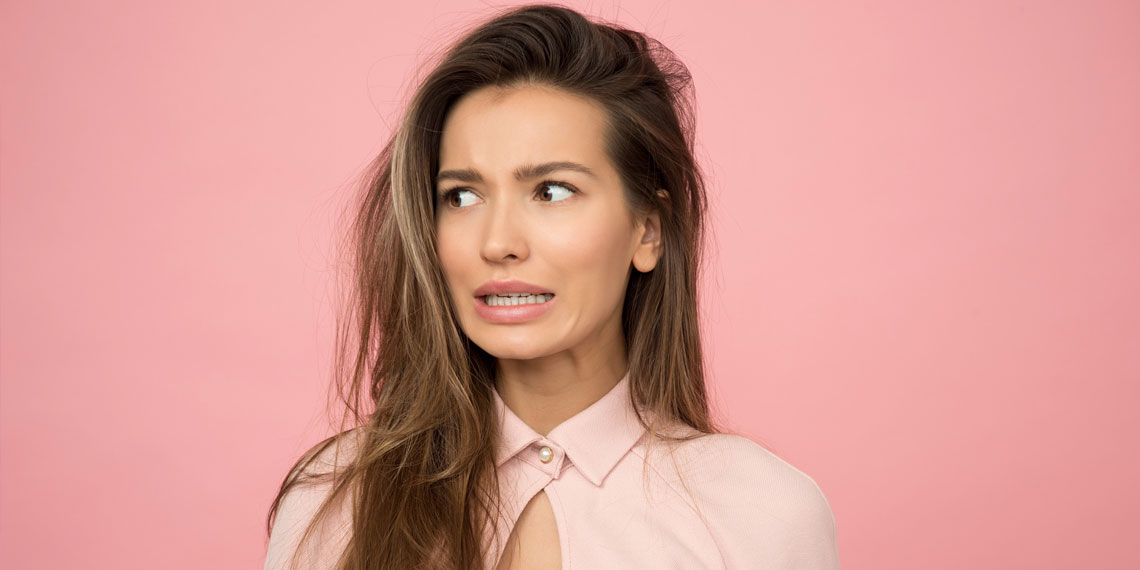 Okay fam, this was a traumatizing fun one. I polled every straight man I could find for this article on guys’ biggest turn-offs, which nearly cost me both my job and my relationship. (Pro tip: Don’t ask your boyfriend this type of question unless you enjoy picturing them with other women. I, as it turns out, do not. Live and learn.) Because guys can sometimes miss the nuance in certain questions, I got a lot of useless answers like “throwing up” or “peeing,” which I’ve chosen to exclude. I trust my v sophisticated readers to understand that bodily fluids intended for the toilet are a turn-off in bed, unless you are expressly into that. Instead, I’ve listed the five stories below that made me go “oh shit, have I done that??” Read on, and sorry in advance.*

*Disclaimer: Sexual preferences are obviously different for everybody; what you read here does not necessarily apply to your situation. (But like, it probably does.) Also, names have been changed to protect the perverts I polled innocent men volunteering their stories.

Ok yeah, this one isn’t all that mindblowing. But a surprising number of guys either referenced this or vehemently agreed when I mentioned it as an example. So I figured I’d include it. While owning a dog is an excellent life move, both for your Hinge profile pictures and general well-being, your precious pup does not have a place in the bedroom. (Don’t even get me started on cats. Though TBH if someone came over knowing there was a cat there, who knows what they’re into.) For reasons I still can’t quite figure out, 7/10 dudes have a traumatizing experience of being mid-sex, looking up, and locking eyes with your four-legged friend. Ladies. LADIES. What are we doing?? How do 7/10 of us not know this is not acceptable? I’ll take this time to quote Panic! At The Disco, and chime in with a “haven’t you people ever heard of closing the goddamn door”??

Please do not let your pet stay in the room while you have sex, or I will be forced to call the authorities.

3. Not Cleaning Up Down There

I’m just going to paste the texts I got about this one here. The whole situation makes me sad and I don’t have the emotional strength to re-word it myself. Here it is, in its unfiltered glory:

“Once I was fuckin a girl and she had a huge dark thick singular hair popping out… It was staring me in the face the whole time. I couldn’t finish.” – Adam, 26

“Pustules in the face when eating out a girl. That’s a definite turnoff.” – Will, 28

If there’s a lesson here—and I’m not sure there is— maybe make sure you don’t have anything really pus-y (pun INTENDED) before having someone go down on you. Or like, do it anyway because eating you out is a privilege and a gift. Same goes for the whole “singular hair” comment—you can either do a quick run with tweezers, or decide you don’t give a fuck. Up to you.

My least favorite by far is the whole toilet paper thing—that does kind of seem on the woman to control. Like, you’d be pissed if you went down on a guy and got a mouthful of Charmin too. (Slash terrified because why was he using toilet paper on his penis. Is it an Usher/greenish discharge situation?? I’m sorry. I’m disgusting.) Anyway, this one felt worth noting because it’s very possible you’ve done it and not known. Aaaaand now I have yet another thing to add to my list of things to worry about before sex. Cool.

I include this with a word of caution, though. I had a shitty high school boyfriend who told me to go “wash myself” before every time we had sex, and it was fucked up and scarring. Know that there’s a line between being polite and being made to feel like your genitals are gross. Don’t have sex with guys who cross that line.

This one came from a guy who’s in a long-term relationship (it shows). Specifically, Matt, 27, cited “providing a time bound” as a turn-off. The example he gave was “you need to stop playing video games by 11 if you want to have sex.” As someone with a full-time job, I have to say that an 11pm start time seems generous. But I do understand how treating sex like you’re Monica Geller in wedding planner mode is not exactly hot. For one thing, we already know guys have trouble performing if they’re under any kind of pressure. For another, it really removes any glimmer of the notion that the woman was just spontaneously turned on by you and decided she wanted to have sex.

So, while I understand (and lightly applaud) the impulse, maybe stay away from this practice for both your sakes, unless you’ve both mutually agreed to setting up a schedule to revive a dead bedroom. Otherwise, just have sex when you’re both in the mood. And if that’s not happening frequently enough, you have a different problem from time management to figure out.

Everyone sufficiently scarred? Good! That about fills you in on my last 48 hours. Please don’t think that I’m writing this article as “what you’re doing in bed that’s not getting you a call back.” I am, as Carrie Bradshaw would say, a sexual anthropologist. Whether or not you think these complaints are reasonable, it can’t hurt to know what the enemy the men you’re having sex with are thinking. Well, it can hurt but like, it’s useful. Now if you’ll excuse me, I have to go repair the damage this article caused to my relationship.