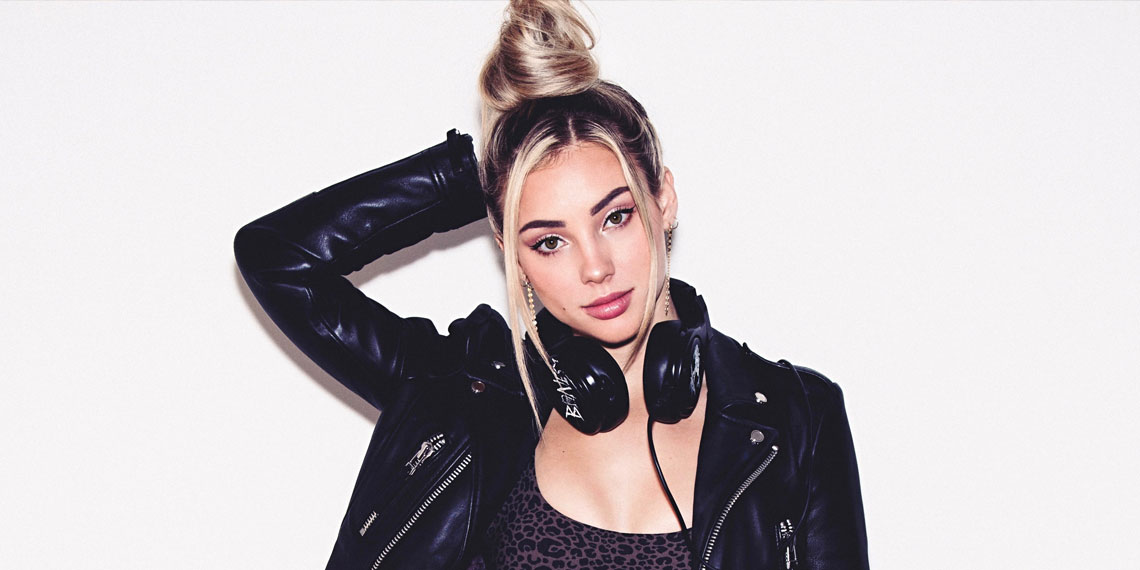 I know we make fun of the whole idea of Instagram influencers pretty often over here, but all that means is that you can trust us to know which ones are legit. And let me tell you, Charly Jordan (@charlyjordan) is super legit. The 21-year-old is already a model and photographer, and today (March 13th) she marks her entrance into the music industry with the release of her debut single, “Blackstrap Molasses” at a kick-off at Hakkasan in Las Vegas. Betches was lucky enough to get the single a few hours ahead of its official release and talk to Charly about entering the music industry, turning 21, and what is in store for her.

A dream come true… to support Nicky Romero, celebrate my 21st birthday, AND debut my new single #BlackstrapMolasses at @hakkasanlv Friday, March 13th. See you there! Link in bio for tickets! #hakkasanlv

Charly wrote, produced, and sang on her debut single, “Blackstrap Molasses,” which has been described as “a blend of ZHU and Poppy sonically.” If you’re not a music geek, I would describe it as electric pop dance music, and the song you will be bothering the DJ to play at every house party and bar you go to.

Charly is understandably nervous to release her first track and a new part of herself to the world (I won’t even sing outside my shower, so I can relate), but she said it really helped her during the process to “have confidence” and be “in the studio with the people I feel comfortable with.”

“The process wasn’t easy, but worth it. It really is about flowing and having things come naturally and it took a while to find that,” said Charly.  “I love so many genres of music, so honing in on one that I felt best carried my message was the real struggle.” But, once she found it, the process “has been so amazing.” The best part for her, according to Charly, was “getting in a studio and putting emotion and experiences into a universal language like music, that everyone can feel.”

It doesn’t hurt that Charly has always loved singing and that this is something she’s always wanted to do. “Music has always been something I wanted to pursue but didn’t have the confidence or the money, honestly,” she admitted. TBH I’m impressed with her because the list of things I don’t have the confidence or money to do is so long, but Charly told us she just kept “working my ass off” to get into a studio and teach herself how to produce music.

Charly hasn’t always been a musician, however. Growing up she was a competitive soccer player and running hurdles on the track team, and even won a triathlon and surfing competition. I’m sorry, but what can’t this girl do? “Being a competitive athlete taught me discipline, which prepped me for three years of freelance travel/lifestyle videography and photography,” says Charly.

This is hands-down the most intense tool picture I’ve ever posted/will ever post. I promise there’s a story to it 😂 three years ago I came out to LA and met with every major agency, they all turned me down and told me I was too muscular. That I needed to lose 10 pounds of muscle. So I built this platform on my own, because I knew what they were saying was wrong. As women growing up especially in high school it becomes very apparent what men are attracted to. Even as we get older wearing skirts, dresses, make up, doing our hair… It all inconveniences being able to function, and move/work out. So many girls won’t even enjoy getting in the ocean or the pool in fear of their hair getting wet or their make up coming off. For me it’s been worth it to sacrifice looking a certain way, or compromising what other people think of me to keep my body healthy and enjoy my life. We see a lot of tiny waists, plastic surgery, done up women, and what we consider to be our best/ most attractive selves on Instagram. But I’d like to challenge everybody this year to post what’s impressive to them, not just what looks good. I’m proud of my years of athleticism and I’m not gonna let what I’m supposed to look like get in the way of what actually feels good. Being strong feels good, being able to defend myself feels good, (even though I’m super insecure about my chest and debate getting implants every day) having small tits feels good lol, being me feels good. It makes me so sad how insecure so many women are based off societies expectations of them. I just want you guys to love yourself, and I know it’s easier said than done. But let’s make 2020 a year of love. Self love, love towards everybody regardless of what they look like, and love towards this earth. Tryna get these ads done by the end of this month tho still lol… Top from @revolve 😂

Oh, BTW, did I mention that Charly is only 21, and she’s already lived a longer life than I ever will? “My 21st was unique for sure,” said Charly, but then adding “bittersweet,” because “I’ve had a lot of unique life experiences, so I don’t really feel 21.” However, that does not mean that Charly didn’t celebrate her birthday like a typical (famous) 21-year-old in Ibiza and Vegas. So, yes, maybe bittersweet, but celebrating 21 in Ibiza and Vegas seems pretty fun to me.

“Blackstrap Molasses” may be Charly’s first single, but she has plenty in store. “The dream collab for me would be Fisher, Habstrakt, or Kaskade!” she told us, and she plans to do a ton more in her career. “I hope my path is filled with many new adventures,” she remarked. “I’d love to dive deeper into music production, creative directing for brands (others and my own) and video concepts, as well as getting into acting at some point.”

Charly is aware of the obstacles that stand in her way, however, especially being an Instagram and TikTok influencer. “I think being a female in the music industry is hard overall, but yes the disrespectful stigma that falls over models or influencers is only something people think before they meet us.” She believes that peoples’ ideas about who influencers are and what they do can create harmful stereotypes. “What I’ve done with social media and what many other girls, who I’m proud to call my friends, have done is more than just modeling. It’s a community of like-minded individuals.” This community, Charly notes, is “the only reason I am where I’m at right now,” because of “hard work, real connections, and being genuine.” She adds “I think that’s all you can really ask of someone no matter what field they choose to go into.”  I can’t really argue with that!

Couldn’t go to Bali so we’re jumping out of this plane instead…t-minus 10 min. 2.7 million baby I love you guys so much! ✈️ Wearing @aloyoga

After hearing her song and hearing what she has to say, I am so excited to see where Charly goes in her future! Give it a listen here: